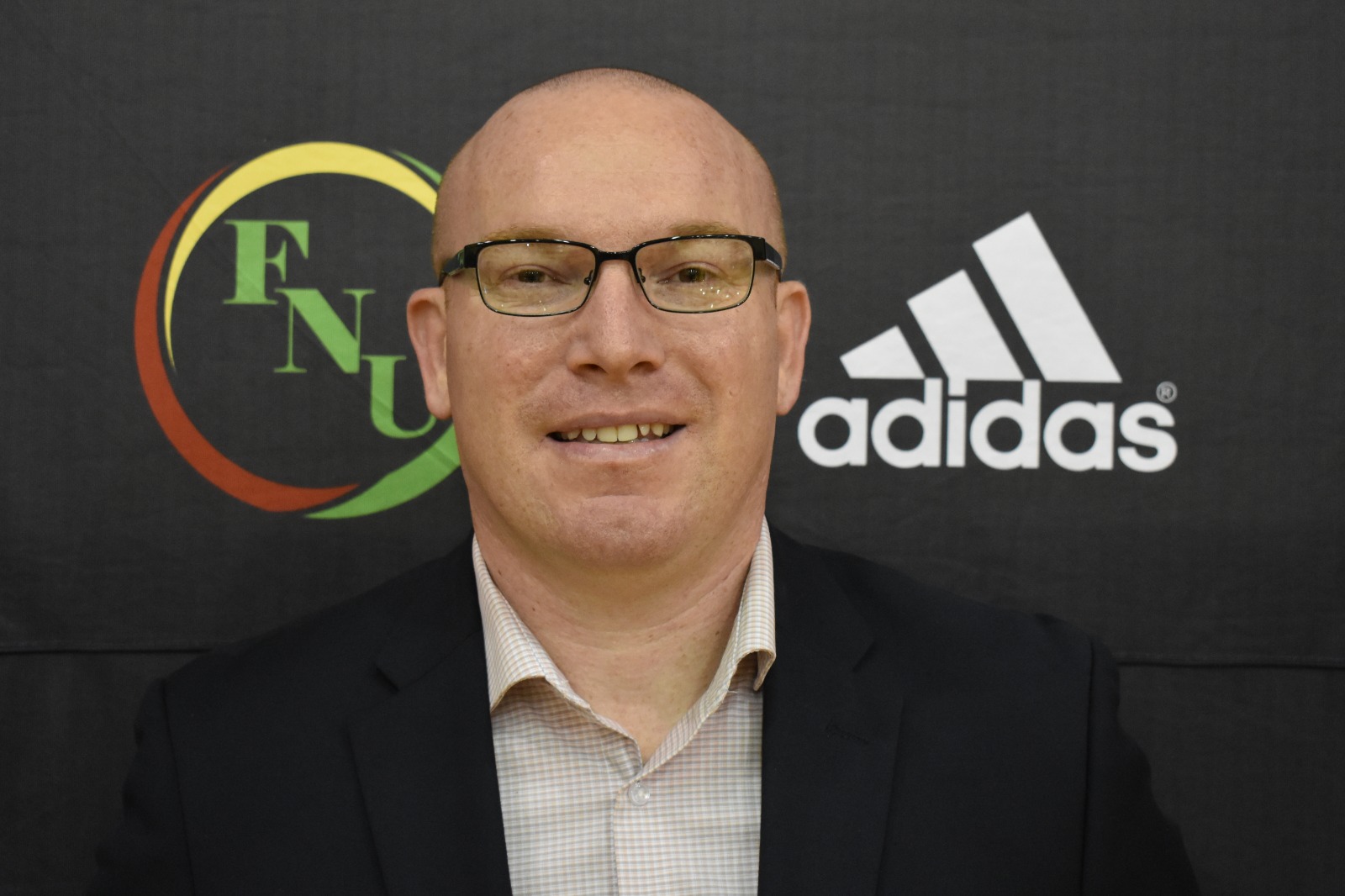 Coach James “JJ” Thatcher will enter his 8th season at Florida National University as the Head Men’s Basketball Coach. Coach Thatcher commented “Our program has tasted success by making National Tournament appearances from 2015-2020. This has helped our program to become a national power. We feel Florida National University men’s basketball is one of the best in the country at any level and we look to build on it every year.”

In 2018-2019, Thatcher lead the Conquistadors to another 20-win season (23-9) with a USCAA Final Four run, also with receiving the #1 seed in the National Tournament. The 2017-2018 season was a season to remember. The Conquistadors posted the most wins in school history with a 25-7 record. This was good enough for the first USCAA Final Four appearance in the short history of the program, with two First Team All-Americans (Christopher Hall & Terence Johnson), and one-Third Team All- American (Kenneth Santos).

Coach Thatcher has experience at the High School, AAU, and college levels. He has developed a reputation as a tireless worker and a great competitor who understands what it takes to build a championship-caliber basketball program. Thatcher’s strong suit is recruiting and the relationships he has developed around the country. He has made a positive contribution to the success of the other programs he has been affiliated with.

Prior to Florida National University Coach Thatcher spent one season at State College of Florida, an NJCAA D1 Junior College in Bradenton, Florida. Head Coach Brock Erickson (Assistant Coach Bryant University NCAA D1), said “Coach Thatcher will be missed in the SCF family and Athletic staff. He was a hard worker every day he was here, if he was not in the office, he was somewhere around the state of Florida, putting SCF on the map.” Coach Erickson said he would be missed deeply and hard to replace with the work he performed at State College of Florida. Coach Erickson also said, “He has a great eye for the game, and he can just flat out recruit with the best of them.” Coach Thatcher help lead the SCF basketball to a 24-7 record and the Sun Coast Conference Championship.

Before his stint at State College of Florida, Thatcher was the Head Women’s Basketball Coach at Trinity Baptist College for the 2011-2012 season. Before leaving TBC he recruited the best female player in school history, Nicole Collins, who went on to be an NCCAA All-American, posting 32ppg, 19rpg, 3apg, 3spg, and 2bpg. She is the all-time leading scorer in Trinity Baptist College Women’s Basketball history. Athletic Director and Head Men’s Basketball Coach John D. Jones said in his 21 years as an assistant and head coach, that JJ Thatcher was one of the greatest recruiters he has ever worked with. Thatcher led the Lady Eagles to their first win in school history and an overtime win with only four players after the remainder of the team fouled out. He was also an assistant and recruiting coordinator for the Men’s Basketball team. The men’s program, with four of Coach Thatcher’s NCAA Division I transfers won a National Championship in the Small College National Tournament. This was one of the best teams in school history at TBC. A school only known for playing against small Christian colleges soon became a national power. Coach Thatcher help put together a very strong schedule with the likes of Jacksonville University, Savannah State University, Florida Tech, Valdosta State University, and many other NCAA Division II, and NAIA powers. Coach Thatcher recruited 3 All-Americans while at Trinity Baptist College and in just two seasons put the Eagles on a National and worldwide map.

Before TBC, Coach Thatcher spent two seasons as the top assistant men’s basketball coach at Brewton Parker College. An NAIA program in Georgia, Thatcher helped Coach John D. Jones establish a program that consistently competed with the best in the nation. Jones credited Thatcher with helping to bring in some of the top NCAA Division I transfers in the country to BPC. In two seasons at BPC, the Barons made back-to-back SSAC Conference Tournament berths. BPC knocked off 20th ranked Emmanuel College, and 16th ranked Southern Poly State University during the 2010-2011 season. Coach Thatcher also spent time recruiting for the Lady Barons basketball team and helped them reach the SSAC Conference Tournament both years. Coach Thatcher is credited with recruiting Erica Brown, a transfer from LSU, to the Barons. Brown is considered one of the best female athletes to ever come out of the South Florida area.

Before joining Brewton Parker College Thatcher was the top assistant coach at Florida State College at Jacksonville for the women’s program. FCCJ is a highly regarded NJCAA program that plays in one of the toughest regions in the country. He helped lead the team to a #11 National Ranking. While at FCCJ, Thatcher helped Head Coach Debora Woods recruit two First-Team All-State players, three top 25 scorers in the country, and one Academic All-American player. Coach Thatcher was also active in community service, organizing summer basketball programs for young men and women.

Prior to joining the FCCJ staff, Thatcher was the top assistant coach under Head Women’s Coach Craig Wilsman (Now Head Men’s Basketball Coach @ Johnson University of Florida) at Warner University NAIA D2. Coach Wilsman said, “I just don’t know how he knows all these players, but he sure can recruit.” While at Warner, Thatcher worked in many areas including fundraising, community service, team camps, scheduling, and player development. Coach Thatcher helped lead WU in his first season to a 16-15 record and a win over top-ranked NCAA D3 School St. Francis.

AAU has also played a big part in Thatcher’s basketball coaching career. He founded the AAU program Florida Hoopsters to help put young men and women athletes into college. He has been instrumental in assisting many young men and women to get an opportunity to play at the next level. One of Thatcher’s alumni is Simone Durden, who played for NCAA Division I Florida A&M on a full scholarship. The Florida Hoopsters are still active on the summer AAU circuit. Coach Thatcher has helped put more than 100+ student-athletes into college all over America.

Coach Thatcher started his coaching career in Florida’s prep basketball leagues, including Newberry High School in Gainesville, FL where he served as an assistant. He helped lead them to the district playoffs with a 17-6 record. Before that, he spent two seasons as an assistant women’s coach at Westwood Hills Christian Academy, achieving a 42-10 record.

Thatcher got his start as a player at Shores Christian Academy, which at one point was one of the top prep basketball programs in the country. He played for Coach Allan Adams a former NCAA Division I Men’s Basketball Coach.

James Thatcher was born in Philadelphia, PA. He graduated from Shores Christian Academy in Ocala, FL. He is single and resides in Miami FL.