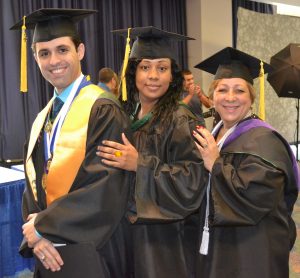 Honor Society prepares students for “real world” professional experiences.  More than a quarter of a million students in over 400 colleges and universities participate in this prestigious organization.

July 28th is known in the City of Hialeah as Mu Zeta Chapter Day.   Mu Zeta is Florida National University’s local chapter.  Mu Zeta joined Alpha Phi Sigma in July of 2010 and since then has served as a shining example of excellence among all of Alpha Phi Sigma’s chapters. Mu Zeta has grown to a membership of over 60 driven and talented individuals.

The Mu Zeta Chapter has been honored with numerous national awards. One such accolade was earned at the association’s first trip to the Academy of Criminal Justice Sciences Conference held in Toronto, Canada.    The group received the Community Service Award of the Year for their tireless efforts assisting the children of incarcerated parents. In addition, Mu Zeta was awarded with a grant to further their efforts in this area for the upcoming year, as well as an award for Outstanding Yearbook.

In its second consecutive year, Mu Zeta received the Community Service Award of the Year at the annual conference in New York this past March. The project was an anti-bullying initiative targeting private schools throughout Miami-Dade County. Mu Zeta’s advisor Jelenny Hernandez was recognized as Advisor of the Year and received a scholarship that would support Florida National University students who have achieved academic excellence. Mearli Orozco, Vice-President of Mu Zeta, was awarded with an Academic Excellence Scholarship both for her scholastic achievements and her dedication to the organization.

Mu Zeta is preparing for yet another year of service to the community in the city of Hialeah and the Miami-Dade County as a whole.  The chapter’s community service project of the year is Domestic Violence in the LGBTQ community (Lesbian, Gay, Bisexual, Transgender, and Queer).  On July 26th, 2012 the Mu Zeta Chapter held one of many panels that will address the issue of domestic violence within this underrepresented group.  The featured guest speakers were Mr. Francesco Duberli Rivera, President of Survivors’ Path Center and Mrs. Tania Sanchez former faculty at Florida National University and Victim Services Specialist working for the Office of the Florida Attorney General, Bureau of Victim Services and Criminal Justice Programs.

Many more projects under the leadership of the Mu Zeta Chapter at Florida National University are coming to realization during the 2012 year; activities from which the community will benefit. 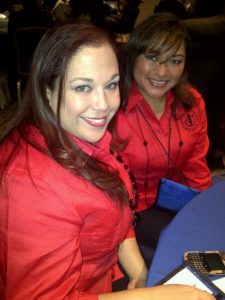 If you are interested in participating or you would like to support
our association in any way to the domestic violence advocacy project,
please contact the Mu Zeta Chapter Advisor, Jelenny Hernandez at muzeta@live.com.