HIALEAH, FL – The scene takes place at Bucky Dent Park in Hialeah. The 6-1 Florida National University (FNU) Lady Conquistadors, fresh off their eye-opening performance at the Edward Waters College Fall Classic, are locked into battle against the back-to-back USCAA National Champions, the Florida College (FC) Falcons.  Tied at two sets a piece and the game hanging in the balance, it was clear that someone had to take control to dictate the final result.  As Thalia Torres rises up and spikes the ball to deliver the final blow, one thing became very clear on the evening of Thursday, September 1st: The FNU Lady Conquistadors are a force to be reckoned with.
Everyone in attendance that night saw the Lady Conquistadors’ narrative being rewritten. What was once a young, inexperienced program trying to find an identity, now finds itself in the top tier of the competition, battling for supremacy. The ladies showed great resilience throughout the match, rallying back from deficits of 0-1 and 2-1, eventually winning back-to-back sets to bring home another win, their 7th of the season. 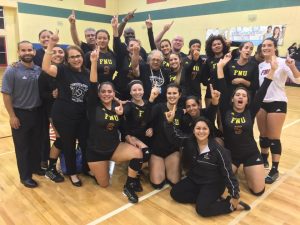 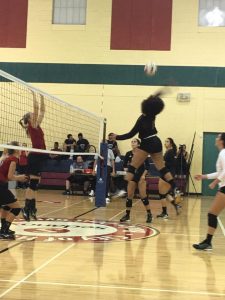 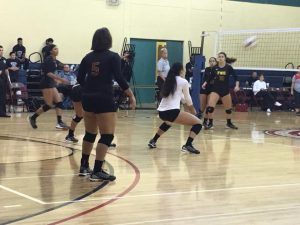 Going up against the defending USCAA National Champions, this might have appeared to be a David and Goliath-type story. But after winning 7 of their first 8, the ladies have proven that one must tread lightly when stepping on the court against the Conquistadors, because as Conquistadors do, they will conquer.