Coach’s Expectations for the year: The men’s basketball team looks to have another great season in 2016-17. With four returning players, from last season’s team that made it to back to back USCAA National Basketball Tournaments, Coach Thatcher had to replace four starters in order to make it back to the USCAA National Tournament for the third consecutive year. Coach Thatcher hit the ground running when the season was over to start the rebuild process. Coach Thatcher, who will be coaching his first full season as the head coach, was able to get talent out of the states of Alabama, Georgia, Kansas North Carolina and throughout the state of Florida. Coach Thatcher said it could be the best recruiting class yet with a few more needs to fill. Coach Thatcher expects a group of transfers to come in and have an immediate impact on the team. William Bunton out of North Carolina is a D1 transfer who was a walk on at Florida State University,  will be counted on heavily to add scoring and leadership. Another transfer that will be counted on is the addition of Chris Hall. Hall is a very high IQ point Guard that can run a team. He spent last season at Ohio Valley University a NCAA D2 school. Hall avg 11ppg while playing for OVU. Coach Thatcher signed two freshmen coming from two top FHSAA 2A schools in the state in Dylan Mulder out of Zion Lutheran and Alix Joseph out of Miami Christian. Dylan is a combo guard/forward that can shoot a high percentage from the outside, and Alix is a 6’5 forward who can really play above the rim. These two young men will be looked upon to play major roles for the upcoming basketball season. The Conquistadors play a home heavy schedule this season, but will travel to New York, Alabama, Virginia and a possible trip to Pennsylvania if they make it back to the USCAA National Tournament. 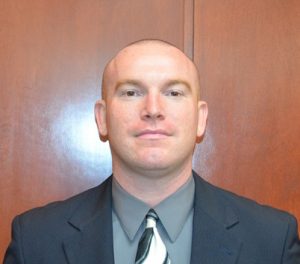