On the volleyball court, Florida National University has raced out to a 20-1 record thus far and sits on top of the first coaches poll and on top of the power ranking poll. 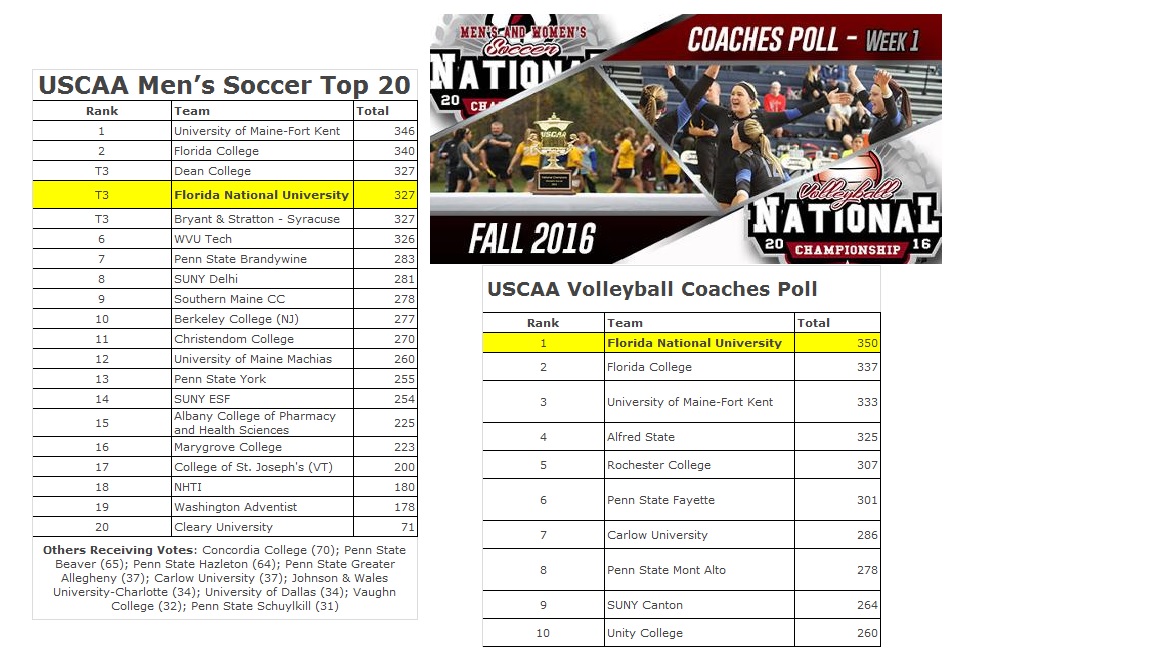