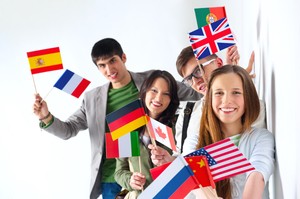 Adjusting to life in a new country may seem intimidating and frustrating. Understand that thousands of students before you have embarked on this journey. You are not alone.

It is normal for an international student to experience excitement, nervousness, sadness, happiness, and everything else! Making the move away from one’s family, friends, and culture is challenging and requires a significant amount of changes, mentally and emotionally.

Here are some tips for help adjusting to life in the US as an international student:

Making a move out of the country is a life-changing event. It’s much bigger than moving to the next town, state, or province even. That is why it’s critical to mentally prepare before making the trip.

International students must keep in mind that they will be living and learning in a completely new environment. That is an important factor in determining one’s own level of comfort and success after the move.

Many individuals describe their immersion in a new culture as shocking. This is commonly referred to as culture shock, a phenomenon that is an absolutely real experience that international students go through during this transition.

Living in a new country is a totally different experience that will introduce new traditions, manners and overall, ways of re-adjusting one’s own life habits. In fact, it’s likely that even something as simple as driving will be completely different, as US drivers adhere to the right side of the road, whereas other cultures around the world drive on the left.

What Kind of Changes to Expect

Understand that it is not unusual for students to go through a number of phases after the big move. According to many experts, no matter how much one is mentally prepared for what is to come, they are still likely to go through the following phases:

While most Americans celebrate worldwide holidays and customs based on religious affiliation, such as Christmas, Hanukkah, or Easter, there are a number of American holidays that are also celebrated annually that international students may want to be aware of.

The US educational system is similar to many others across the globe. Here is a simple look at the higher education system that international students become part of when they study abroad:

Students can choose to enroll in a 2-year or 4-year college or university when studying at the higher education level. At a 2-year college, students can earn certificates or associate’s degrees. A 4-year institution offers certificate programs, associate degree, bachelors and depending on the institution, masters and doctorates degrees.

Getting Started with FNU

If you want to harness your skills and get started learning in a new country, apply to FNU today!