Florida National University’s (FNU) Athletics Department has created a significant amount of buzz in the national spectrum this year, quickly rising to the top of their conference and silencing any doubters. Both our Women’s Volleyball team and Men’s Soccer team are currently in Virginia Beach, VA battling for USCAA supremacy. After a season filled with both successes and adversities, our athletes and their coaches were rewarded with a night to momentarily forget the competition and simply celebrate their hard work. On the evening of Thursday, November 10th, our athletes dressed to impress and attended the USCAA Awards Banquet. The Conquistadors won big, taking home multiple honors. In volleyball, Head Coach Carlos Huaroto-Luque was named Volleyball Coach of the Year. Silvia Galeano and Thalia Torres were both named First-Team All-Americans, while Bianca Baez was named Second-Team All-American. 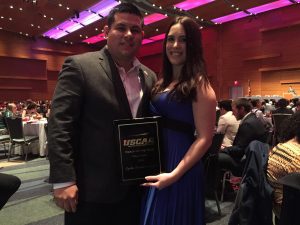 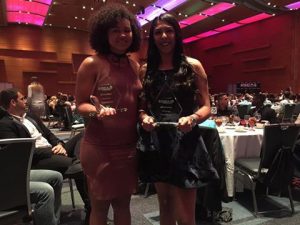 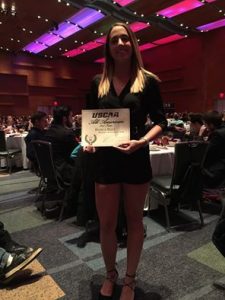 When asked about the honors, Coach Carlos happily said “They earned it! Very proud of them and their teammates who helped them achieve those awards. Our ladies are very grateful for being selected but what makes me more proud is that they are more about the team than they are about themselves.” In Soccer, Rodrigo Costa and Matheus Eccard were awarded Second-Team All-American honors. As of this writing, the results of the USCAA National Championship are still being decided, yet regardless of the outcome, the Conquistador student-athletes have brought a great sense of pride and accomplishment to FNU. 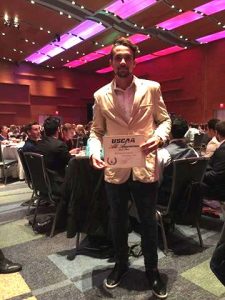 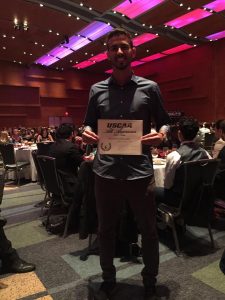