In the midst of a physically and mentally taxing weekend of competition in Virginia Beach, the USCAA held its Annual Championship Banquet to award season-long honors. The evening proved to be successful for the FNU Conquistadors, as players from both our Men’s Soccer and Women’s Volleyball teams took home some hardware. The Student-Athletes and their respective Coaching Staffs represented Florida National University gracefully at the event, showing off a seamless combination of swagger and poise.

One of the biggest awards of the night went to our Athletic Director and Head Soccer Coach Fernando Valenzuela, who was named USCAA Coach of the Year after leading the defending champs to a dominant regular season and the #1 Seed in the Tournament. 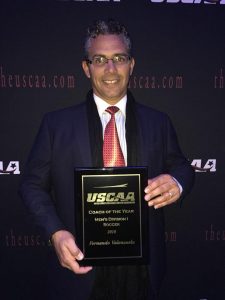 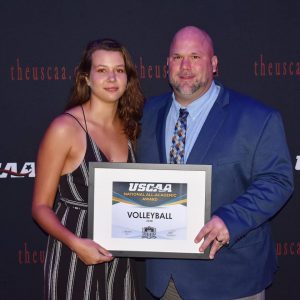 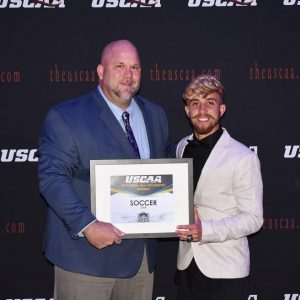 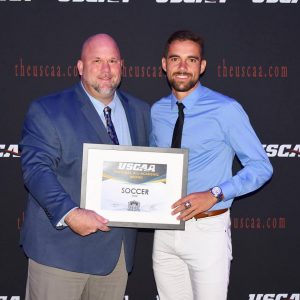 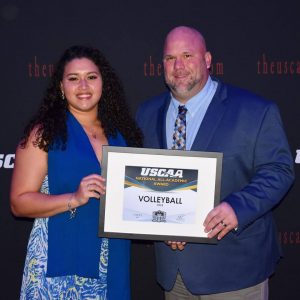 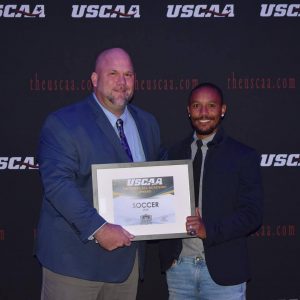 As the night progressed, the accolades continued to roll in, bringing into question how much mantle space would be left back home in Hialeah. 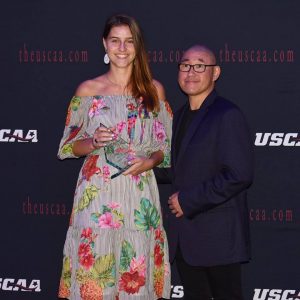 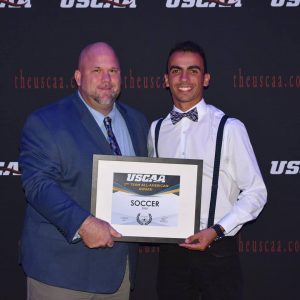 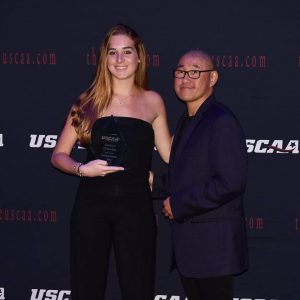 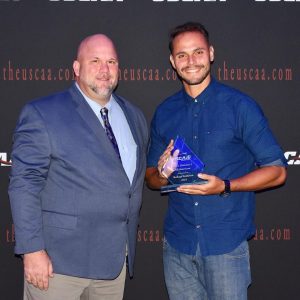 One of the big winners of the night was Senior Ines Bawedin, who aside from being named to the All-Academic Team and First-Team All-American, (as if that wasn’t enough) was crowned USCAA’s Player of the Year. 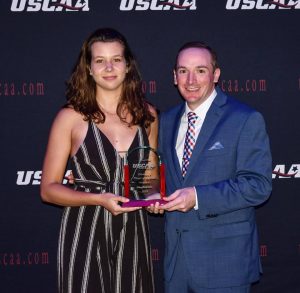 As of this writing, the battle for USCAA supremacy is still ongoing. However, regardless of the final outcome, the Conquistadors have brought a great sense of pride and accomplishment to the Florida National University community.