FNUAcademic ResourcesWhat is Criminology and What are the Degree Requirements? 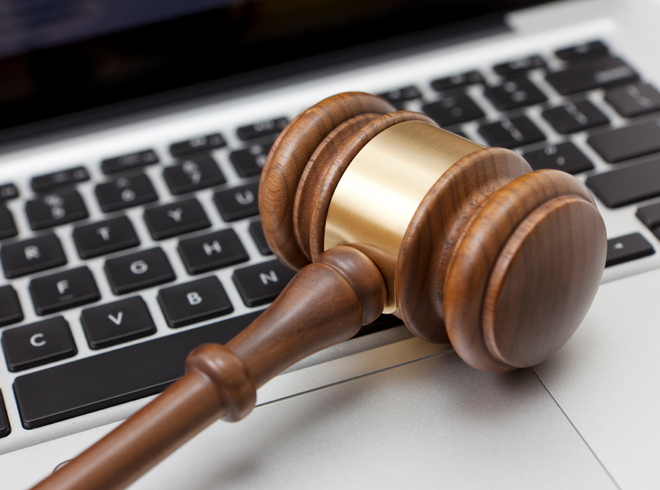 You may often ask, “What is criminology?” when following the news, and studying the degree requirements for its study. During Super Bowl LIV, which was hosted in Miami at Sun Life Stadium, state and federal law enforcement agencies launched operations to curb sex trafficking during this major sporting event. This type of multi-agency operation has been carried out during the previous Super Bowl weekends.

They are often criticized by criminology experts and analysts who believe that they mostly result in distractions instead of tackling underlying issues related to human trafficking for sexual purposes. Research about the inner workings and underlying factors of sex trafficking rings is within the purview of criminology, a professional field that approaches the societal phenomenon of crime with a critical eye, sometimes resorting to the scientific method.

Criminology was coined as an Italian term (criminología) by Raffaele Garofalo, a Neapolitan professor of the early 20th century. This field is considered a subset of sociology, and it seeks to answer questions such as:

Criminology is a complex discipline that refers to concepts researched in other fields such as sociology, philosophy, anthropology, biology, and psychology; it forms the basis of the practical field known as criminal justice.

Crime has always been a topic of thought and inquiry, but it was mostly studied as deviance until the 18th century. During the Golden Ages of Research and Theory, the roots of criminology gradually developed until Magistrato Garofalo proposed the idea of applying scientific research to the study of crime; he essentially believed that crime could not be simply dismissed as a matter of free will because it appeared to be born within society for the purpose of affecting society.

It can be said that the ancient Code of Hammurabi required a certain level of criminology research because of its sophistication. We can find a great deal of punishment in the Bible, and this can be attributed to societal exasperation with crimes. The Roman Empire learned from the Code of Hammurabi, but this was largely set aside in the Middle Ages for religious thought. Later, St. Thomas Aquinas injected philosophical reasoning into criminal activities.

Criminology is somewhat similar to economics in the sense that these two fields grow very organically. Shortly after the establishments of demographics, statistics, and behavioral research, criminology was augmented; in fact, these two disciplines often intersect because of the financial motivation factors behind many crimes.

What Can You Do With A Criminology Degree?

This may sound like a cliché, but the sky’s the limit for professionals in the field of criminology. In the United States higher education system, the criminology field of academic study is more commonly known as criminal justice, and it is often obtained by prospective law enforcement agents, correctional officers, forensic science technicians, loss prevention specialists, probation officers, paralegals who specialize in criminal defense, and research associates.

Is A Criminology Degree Worth It?

By virtue of being a highly dynamic field, a criminal justice degree can open many doors and can thus be considered to be very valuable. A forensic investigator, for example, can earn lucrative salaries if she is retained as a subject matter expert. While some police academies will admit cadets without criminal justice degrees depending on staffing levels, they always prefer applicants who have studied criminology.

Prospective students who have completed their secondary education can choose degree programs at the associate or bachelor degree levels; the latter is the most often recommended to all students, but some applicants to law enforcement academies may gain admission with an associate’s degree. If you have questions about which would be a better option, contact the admissions counselors at Florida National University; they will be happy to provide information.

The FNU Associate of Arts Criminal Justice degree program takes 60 credits for completion. It can be followed up with a bachelor’s degree.

The FNU Bachelor of Science Criminal Justice degree program takes 120 credits to complete, and it can be followed up by a master’s degree program not just in criminology but also other fields. When this degree is complemented by a Master of Business Administration, for example, the chances of getting a lucrative position in the fields of loss prevention and retail security can be greatly improved.

Crime does not pay, but a criminal justice degree can lead to jobs that pay handsome salaries. The median annual salary for American police officers was $63,380 in 2018. Detectives could earn over $80,000 per year. Cybersecurity specialists who assist in tracking down organized hacking outfits are in great demand; the U.S. Bureau of Labor Statistics reports that this occupational sector will grow by more than 35% by the year 2022.

As a private college serving the South Florida community, FNU can be your stepping stone towards a career in the criminology field. Both associate and bachelor’s degree programs can be completed online; this adds a layer of convenience to working professionals who wish to transition into a new career or are seeking to boost their current job status. FNU operates two campus locations in the Miami metropolitan area. The university is fully accredited to grant degrees in the state of Florida.

Learn more about criminal justice degree programs today; contact our admissions office and inquire about enrollment. Students can apply for scholarships or request assistance in obtaining financial aid. Get your degree and build your career within the criminal justice system.