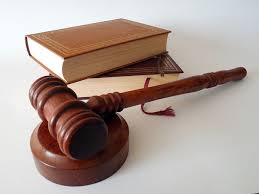 South Florida is one of the world’s top-rated destinations, welcoming visitors from all parts of the globe on a year-round basis. The warm climate and constantly growing job market are just some of the many reasons professionals come from out-of-state to get a taste of the South Floridian lifestyle.

It’s no secret that a growing economy equates to flourishing businesses¾and all businesses are of course tied to the law in one way or another. Whether they’re directly related to the law (such as law firms) or they’re part of another sector, a legal secretary is ordinarily on the radar for hire.

The state’s relatively large population stood at about 20 million last year, according to a poll conducted by the United States Census Bureau. South Florida accounted for a large majority of that population; namely Miami, which has an estimated population of over 2.6 million.

The Washington Times recently reported that, “Part of the population growth is everybody is coming back since there are jobs aplenty and construction is on fire.”

In addition to that report, the Washington Times found that “South Florida… had the eighth-highest population increase in the nation with a jump of 66,000 new residents from July 2013 to July 2014.”

According to psychologists at the University of Michigan, pleasant weather actually has a positive effect on individuals. Researchers have found that living in an area with predominantly nice weather results in the following:

Seeing as how South Florida’s weather falls into that category for most of the year, it’s an ideal place to not only enjoy recreational activities, but to also study in a positive atmosphere. Students have the option to take part in more extracurricular activities and events while remaining entertained, furthering their cognitive style in their classes.

South Florida’s unique location on the Atlantic coast sets the platform for a wide range of attractions including the famous Miami Seaquarium, the Fairchild Tropical Botanical Garden, and Miami’s Wynwood Art District. The numerous parks and museums along with several waterparks match the area’s dynamic nature.

The law sector in Florida is one of the most well known nation-wide. Since legal secretaries generally assist lawyers and other people in the legal profession, it’s a must for students who are studying to go into the field to have a proper grasp on the basic legal skills and knowledge required of them.

That’s why a degree in the legal secretarial field is necessary: to get well acquainted with legal terminology and records, as well as becoming familiar with secretarial skills. Legal secretaries are generally required to perform certain tasks like typing memos and letters for attorneys, along with filing, answering phone calls and delivering messages.

South Florida’s growing population rate is certainly stemming from the increase in job opportunities along with other factors, and as a result, there is a rise in competition for high-demand jobs. Legal secretaries fall in this category. FNU trains individuals seeking a Legal Secretary Career Education diploma to be able to rely on their experience and judgment to plan and achieve goals, before they enter the work world.

Thanks to the proper training offered by our skilled professors, performing a variety of tasks with ease ultimately becomes second nature for students studying to become legal secretaries. Students get more accustomed to working under general supervision and with a considerable amount of creativity.

Upon graduation, it’s often easier for secretaries to get hired much faster than professionals from other fields, since many firms do not require any work experience. At FNU, students can receive expert advice and help from the university’s skilled advisors.

With so much to do, living, studying, and working in South Florida have proven to be a no-brainer for many who enjoy living life to the fullest. In conclusion, of the aforementioned, the perks of being part of the legal secretary program at FNU include the following:

Get Ahead of the Rest at FNU

For the Legal Secretary Career Education diploma, students are required to complete about 10 credits of general education requirements and 21elective credits. This will sum up to a total of a minimum of 31 credits necessary for graduation.

FNU welcomes you to get a head start on enjoying what South Florida has to offer, while obtaining your degree in an exciting and enriching field. If you’re interested in getting a Legal Secretary Career Education diploma, contact us and apply today!