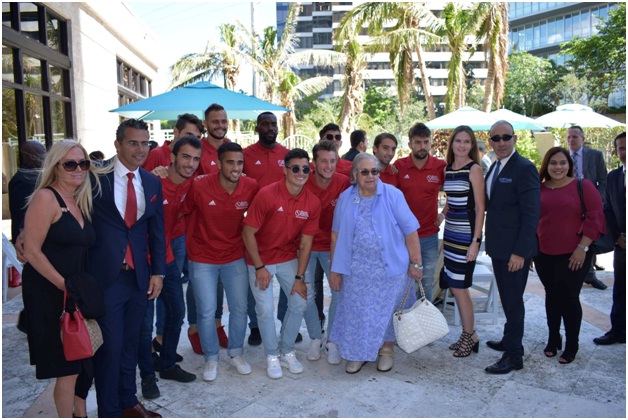 -On Friday November 3, 2017 our own Fernando Valenzuela was selected to receive the South Florida Hispanic Chamber of Commerce (SFLHCC’s) Sports Champion of the Year Sunshine Award of 2017. His extensive tract record that he has and the way he has led his teams to continuous victory demonstrates that FNU has the best of the best!! SFLHCC said “We are proud to have Hispanic individuals like you in our community”

The award was presented to Valenzuela and the FNU team during the SFLHCC’s 23rd Annual Sunshine Awards luncheon which took place this past Friday, November 3, 2017, which started with cocktails at 11:30 a.m. and lunch at noon at the beautiful Ritz Carlton Hotel of Coconut Grove.

Fernando Valenzuela is clearly an outstanding professional, mentor, teacher, coach and colleague. He is and has been a leader of those of us in the professional and a leader for the profession itself. Said his assistant coach Paul Godoy. For over a decade, he has been amongst the most visible proponent of developing outstanding college soccer teams. He has been out in front, not only in the way he has led his teams on the field but off the field with outstanding academic student-athletes.

Valenzuela is more than a coach to our athletes.  He becomes a fatherlike figure to many of the players.  He knows about each athlete, he knows about their good and bad times.  This is how Fernando is able to make each and every athlete feel that they are an important member of the team.

In only 6 months on the job as a first year Athletic Director Valenzuela has already expanded the athletic department by adding Women’s Soccer and Baseball to the University to bring the total to 5 Varsity Sports, with plans to expand to 12 sports in the next three years.

2017-18 Coach Valenzuela has a record at Florida National University currently 13-0-1 with big wins over NAIA and NCAA team. 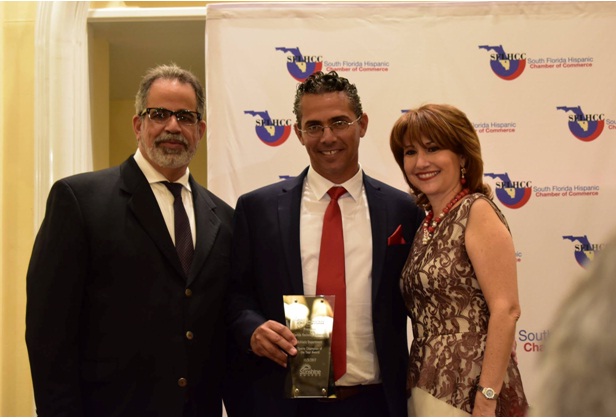 2016-17 Coach Valenzuela in his first year as coach in Florida National University, led the Men’s Soccer Program to a USCAA National Tournament a final four appears, first in School history with an overall record that year of 17-1.

With over 23 years of experience Coach Valenzuela has been successful at every university he has been a part of and he brought all that abundance of knowledge, passion and experience to the FNU Soccer program in 2016.

Before taking over at FNU as the men’s soccer coach, Coach Valenzuela was the Head Coach at Florida Memorial University. In 2008 he implemented and began the first ever Men’s soccer program at FMU. Four years later, he had 2 double digit win seasons and in 2012 led the team to Conference Champions where they received an automatic bid to the NAIA national tournament making FMU one of the top teams in the Sun Conference and one of the top teams in the nation for the following years to come with a 2014 30th nationally ranking and as high as 18th in the nation in 2015. Now all this was accomplished while having almost next to no athletic scholarships at all and no soccer facilities of their own to play or practice. But amongst all the winning and national rankings his biggest accomplishment was in the classroom where in 2015 he had 15 Academic All-Conference men soccer players and in 2014, he had 16 of the men soccer players recognized by the conference while receiving the academic all-conference award for having a 3.5 GPA and above. In 2014, they were also the number one soccer team in the nation with an overall average GPA of 3.75. 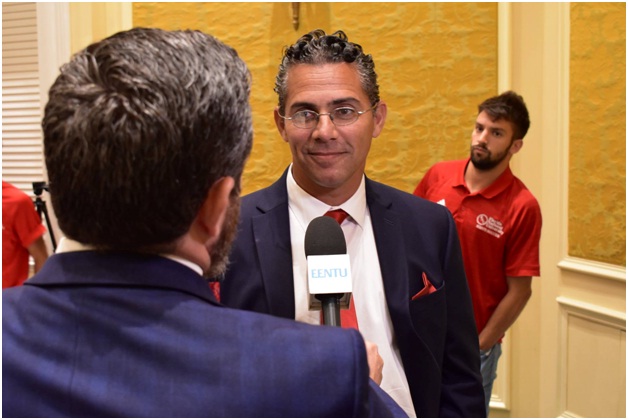 Before FMU he coached for cross town rival St. Thomas University’s Men’s Soccer team where he also led the STU Bobcats to being ranked 19th in the nation.

On top of his duties as the Athletic Director, Head Soccer Coach of the Conquistadors, Valenzuela is also the Head Soccer Coach for the Summer PDL soccer team “The Floridians FC”.He is also still very active in the community coaching at the youth levels in Palm Beach for Florida Youth Clubs.

In interviewing him, Valenzuela said “I want to thank Dr. Maria Regueiro without her none of this would be possible. I also want to thank my family, my father for instilling those values in all of us, my older sister Mariana which is always there helping me with everything. Bu most of all my wife Wendy for putting up with me with all the days being away due to traveling and the happy and sad mood swings that sports bring sometimes. Without this support system I would not be the man that I am today, thank you all”