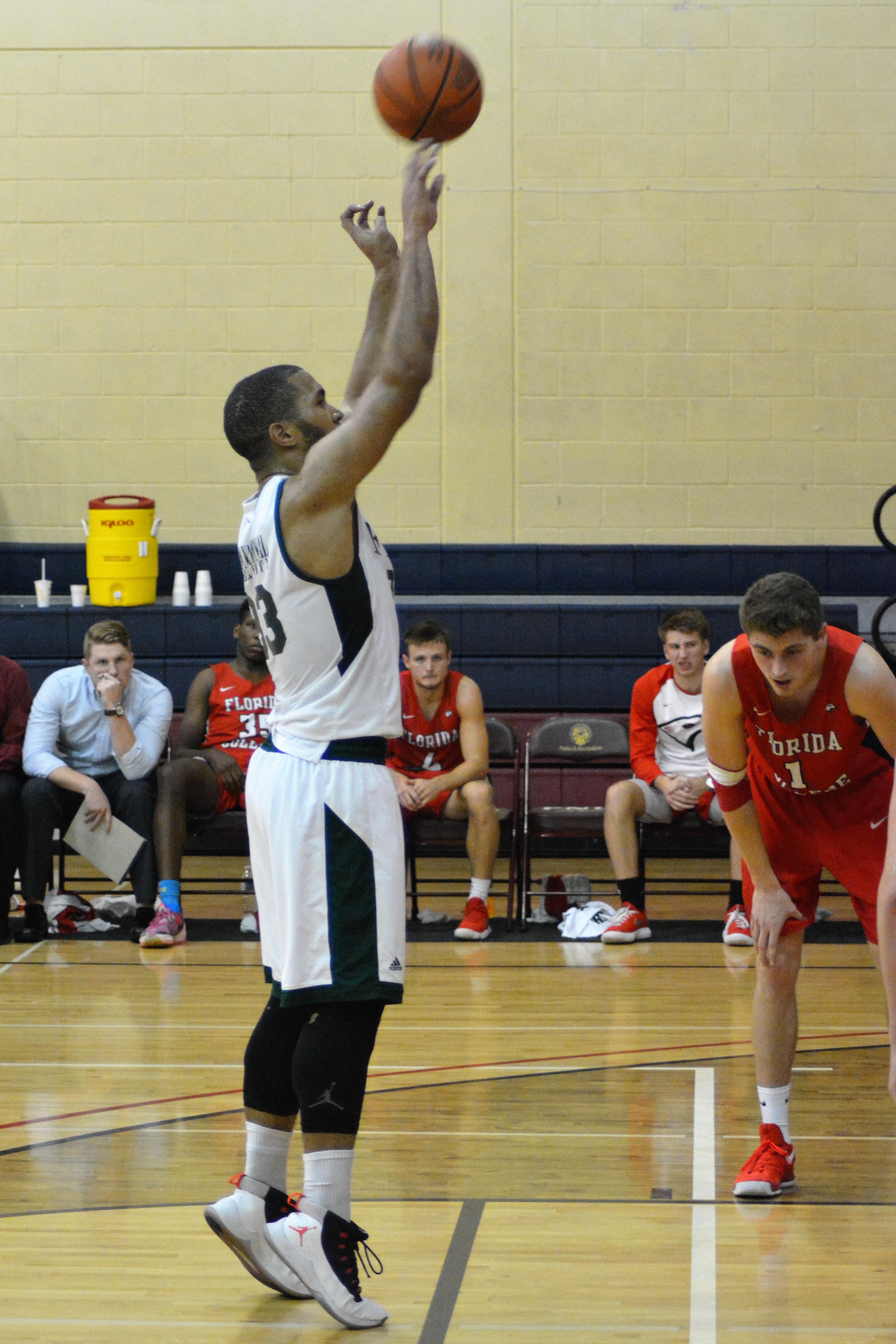 Florida National 96-87 win over Florida Colege is the second win this season over the Falcons.

FC battled back from a six-point halftime deficit. The Conquistadors caused FC 14 turnovers in the first half alone. With 4:52 left in the game, FC trailed by 11 points at home on a senior day. The Falcons took the lead with 1:12 remaining after a layup. FC would get another stop and go to the foul line with a chance to ice it with 13 seconds left. Instead, they missed the front end of the one and one. FNU would go down the floor and tie the game with 5 seconds left. FC would miss a deep three and go to OT tied at 77. Free throws plagued FC in overtime too, as they missed four in a row in the extra period.

This win gives the Conquistadors a 24-6 record for the regular season. 24 is the most wins for the basketball program in school history. The Conquistadors will find out who they play in the USCAA National Tournament Monday, February 19th at 5:30 pm during the tournament selection show.