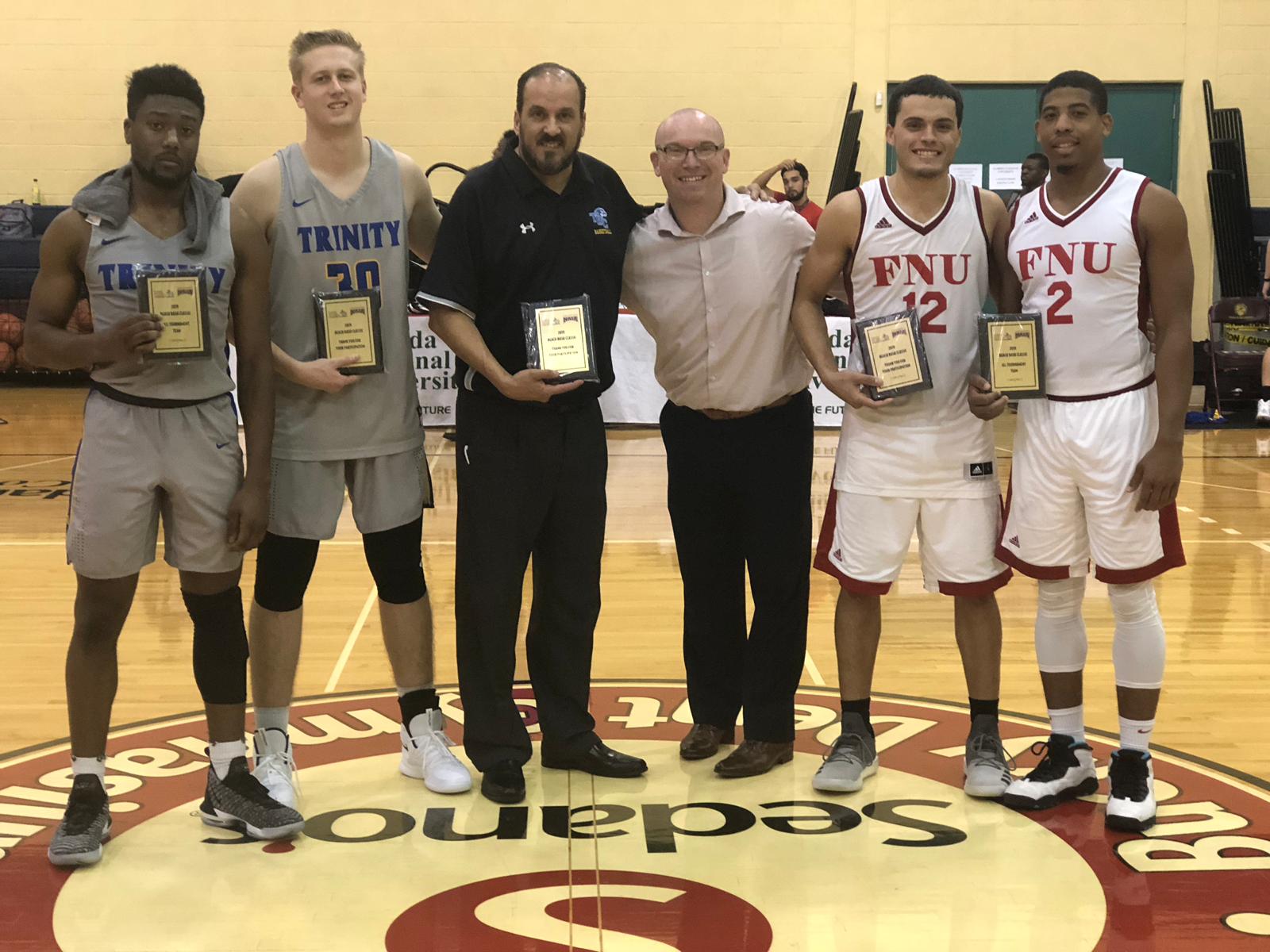 This past weekend, the Conquistadors of Florida National University Men’s Basketball team celebrated another team-win in the 6TH ANNUAL BEACH BASH INVITATIONAL TOURNAMENT in Hialeah, FL.

Game 2- The second round matchup was against North American University, and the Conquistadors beats the Stallions 113-65

Game 3- The third and last game of the tournament, FNU faced Trinity Baptist College on the championship game with both teams stepping in the court with the record 2-0 in the Beach bash Invitational, and the Conquistadors beats the Eagles 77-57.