FLORIDA NATIONAL UNIVERSITY’S MEN’S BASKETBALL TEAM DEBUT THIS PAST WEEK WITH FOUR GAMES ON THE ROAD. AS THEY TRAVELED TO PLAY GAMES IN GEORGIA AND KENTUCKY. 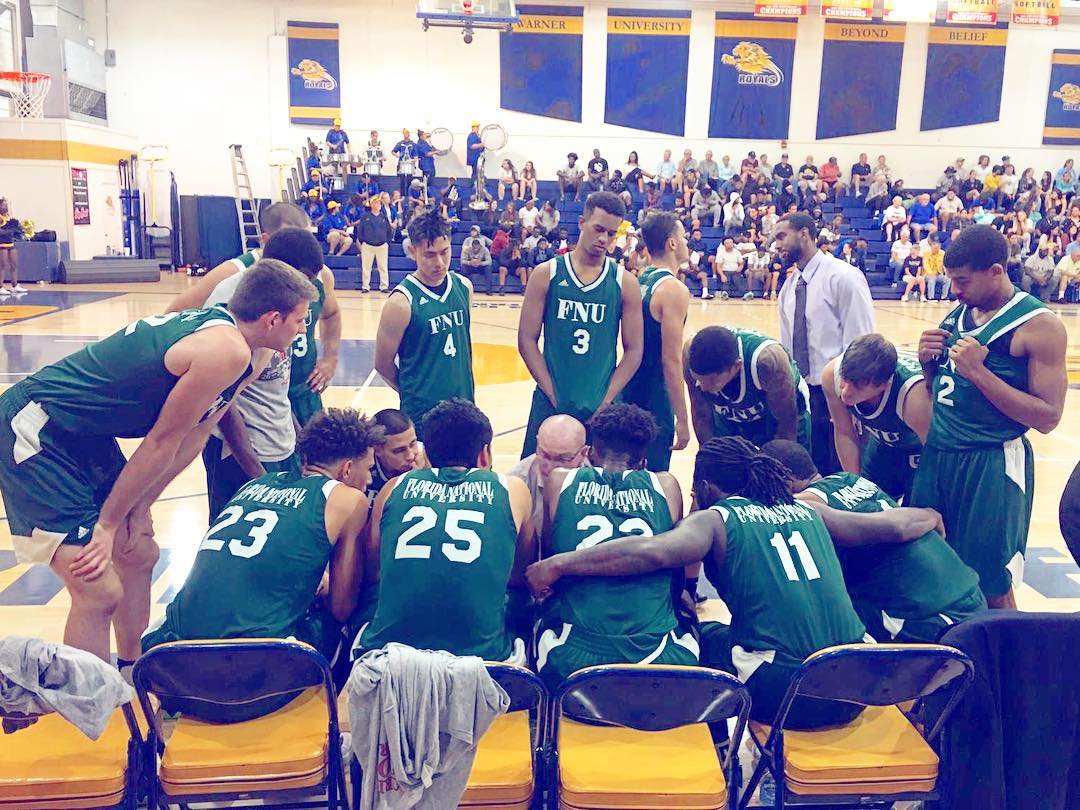 In the first game of the 2018-19 season, the Conquistadors Men’s Basketball team played against Toccoa Falls College on Georgia State and won the game on an inspired night by Kenneth Santos and Antonio Sims.

The conquistadors left Toccoa Falls with their first win of the season and a 1-0 record. 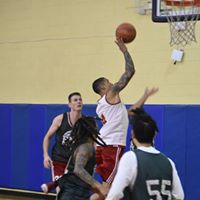 The blue grass state was not so easy for the Florida National boys as they lost their first game of the season, 99-91 to University of Asbury at the University of Pikeville’s Tip-Off Classic tournament.

The Eagles of Asbury came

out firing in the first half as they shot 53 percent from the field and an incredible 73 percent from behind the three-point line.

Asbury scored an astonishing 61 points in the opening half and held FNU to just 37 points on 37 percent shooting.

Despite a slow start and a 24-point deficit, Florida National slowly crept back into the contest in the second half. The Conquistadors out-scored Asbury 54-38 in the half, and cut the deficit down into single digits, but the Eagles were able to hold on for the victory.

As a team, Asbury shot 46 percent from the floor and 56 percent from long range. The Eagles nailed 13 three-point buckets in the win.

AU was also able to get to the foul line and convert at a high rate, as they shot 84 percent from the foul line on 28-33 attempts. The Eagles were a perfect 14-14 from the line in the first half. 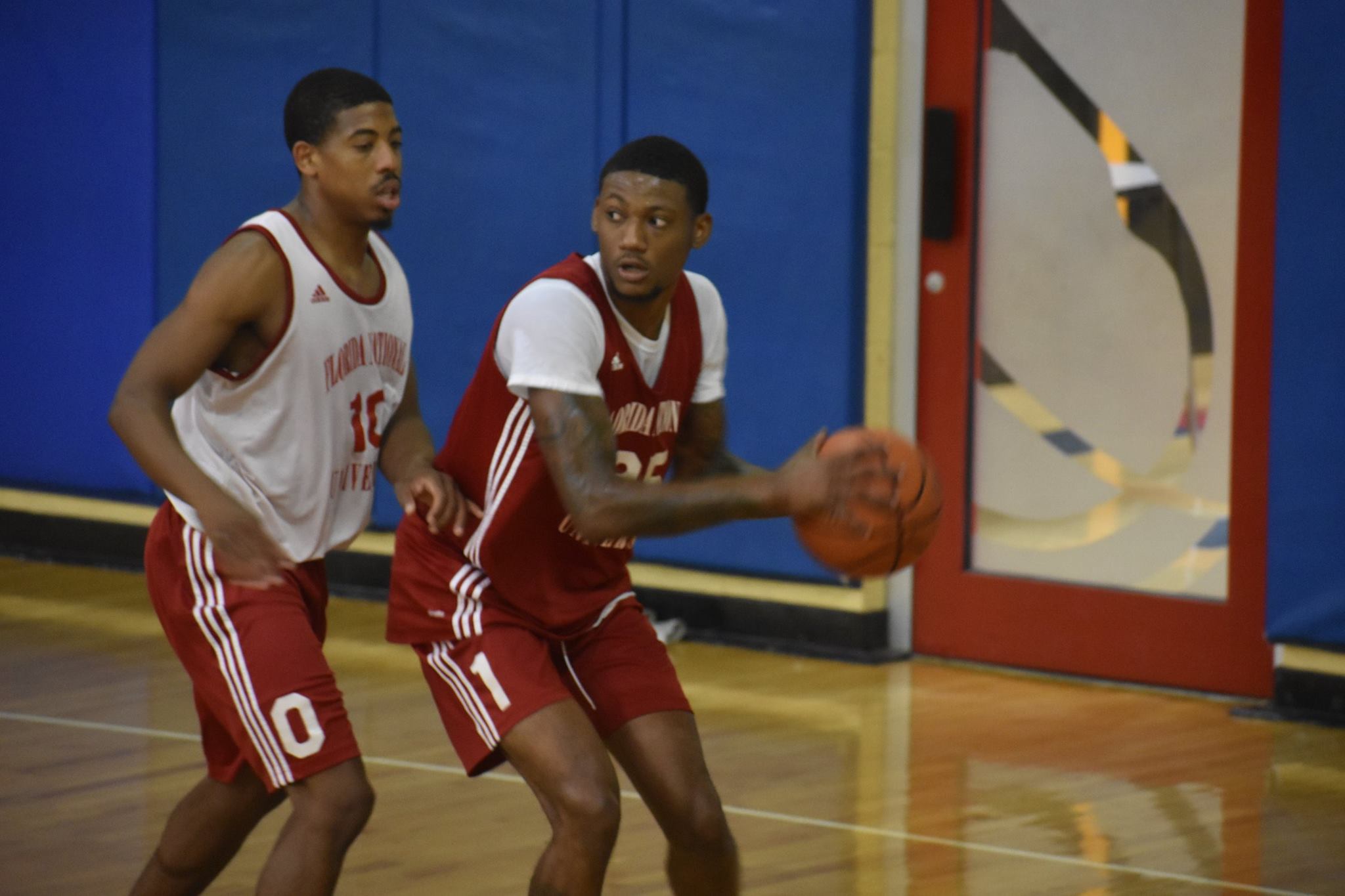 8-rebound game on Saturday. UPIKE got off to a brutal start shooting, missing multiple open layups, which allowed Florida National to hang around longer than most fans expected. UPIKE held as narrow as a five-point lead with a minute and a half to go in the first half. A 7-2 run sparked by two buckets from Stanley Perrin (UP) gave the Bears a 10-point halftime lead. Of its 50 first-half points, only 22 were in the paint for UPIKE. Delacruz (UP) was dominant in the first half, scoring ten straight points for the Bears early with another six-point run later in the half in the process of scoring 21 before the break. Perrin (UP) added eight his 12 points off the bench in that time as well. After shooting 48.7 percent in the first half, UPIKE shot 64.5 percent in the second period to close the game out. That coupled with a defensive adjustment that limited FNU to just 37.0 percent in the second half sparked a massive 20-2 run that provided all the separation the Bears needed in the game, creating a 86-58 lead with just over eight minutes to go.

Fagan, Kaliph (FNU) finished with a team-high 22 points on 10-15 shooting. Additionally, he brought in four rebounds and one assist.

Warner’s Head Coach Sean Hanrahan said, “I think Coach Thatcher and Florida National did a great job tonight. A very notable performance was #11 Antonio Sims, he put up 39 points and was perfect from the three-point line hitting 18-18.”

FNU’s Conquistadors made a very good effort to take away the game from The Royals but their effective defense strategy gave them the “W”.

2nd Half the Conquistadors were superior and won by 1 point, 40 x 39, but that was not enough to overcome the advantage the Royals acquired in the first half. As the final result was 90 x 91 in favor of the Royals.

With 33.7% of shots from the field and 45% from behind the three-point line and bringing in 12 rebounds the Conquistadors did a good job on the field showing what they’re capable of even after a tough week with several games on the road. This brings good expectations towards the rest of the season.

On the Horizon, Conquistadors are now (1-3) on the season and will next face Johnson University of Florida in our first home game of the season. Game will be played at Bucky Dent, Hialeah, FL next Sunday November 4th at 4:00 pm.