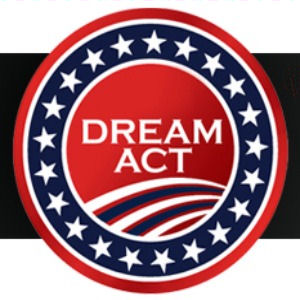 Immigration reform has in recent years become a hot-button topic, especially in states such as Florida, where high immigration rates have considerably changed the demographic picture. One piece of federal legislation that was introduced to address the legal uncertainty and the injustices involved in cases of undocumented immigrants and their children is the Development, Relief and Education for Alien Minors Act (DREAM Act). This legal provision would enable certain immigrant students who have grown up in the U.S. to apply for temporary legal status and to eventually obtain permanent legal status and become eligible for U.S. citizenship if they go to college or serve in the U.S. military. It would also eliminate a federal provision that penalizes states that provide in-state tuition without regard to immigration status.

Unfortunately, while the DREAM Act’s passage at the federal level would do much to improve the lives of millions of hardworking, talented young people in America, progress on passing the legislation has been one step forward and one step back. In order to close the gaps, President Obama’s administration has announced stopgap measures that temporarily provide relief to affected students whose immigration status and ability to attend and afford college are severely impacted due to the unclear legal situation. In addition, many states have enacted state-level DREAM Acts to address these injustices and the needs of their states’ populations.

Background of the State-Level DREAM Act in Florida

Florida is one of the only states (besides Arizona) known as an immigration “receiver state” that has not passed a state DREAM Act. The legislative passage of a DREAM Act at the state level would allow undocumented students in Florida to pay in-state tuition to attend Florida colleges. This would be an enormous boon to the futures of these students’ because currently, undocumented college students and students born in the U.S. with undocumented parents pay the out-of-state rate, which is up to three times higher than the in-state rate. Unless he or she is over age 24 or claims to be independent for federal aid purposes – an arduous process – U.S. citizen students in Florida are forced under this policy to pay the higher, out-of-state tuition rates if they cannot prove the legal residency of their undocumented parents.

However, in 2012, a federal judge ruled in Miami that Florida colleges and universities cannot charge U.S. citizen students — who are Florida residents — higher, out-of-state tuition rates simply because they have undocumented parents. The U.S. District Judge K. Michael Moore said in his decision that doing so is a violation of the federal Constitution. A lawsuit addressing this issue was then filed by the Southern Poverty Law Center, a noted civil rights organization. The suit was specifically intended to address the legal gray area therein, as many activists and legal experts see both a legal irregularity and an inherent injustice in Florida’s practice of determining tuition rates by the parental residency rather than the residency of the student concerned.

Background and Scope of the DACA

The Deferred Action for Childhood Arrivals (“DACA”) is a memorandum authored by the Obama Administration on June 15, 2012. It was implemented by thenSecretary of the Department of Homeland Security, Janet Napolitano. It directs U.S. Customs and Border Protection (CBP), U.S. Citizenship and Immigration Services (USCIS), and U.S. Immigration and Customs Enforcement (ICE) to practice “prosecutorial discretion” towards some individuals who immigrated illegally to the United States as children – many of the same people who would benefit from the passage of the DREAM Act. Indeed, the DACA memorandum for action came about following the failure of federal legislators to agree on passage of the DREAM Act for undocumented immigrant children. While President Obama pushed for the DREAM Act legislation to grant residency to young undocumented immigrants who have attended college or have served military time, the proposal met with repeated resistance from Republicans.

At present, the DACA remains in effect, but its existence is extended in two-year increments and it is not a permanent legal provision, but rather a directive on how to apply the law in specific cases. DACA does not by any means provide citizenship to young undocumented immigrants. Under the directive, individuals can request to be granted deferred removal action, but this does not confer lawful immigration status, alter an individual’s existing immigration status, or provide a path to citizenship. Individuals who request deferred action must meet very specific criteria.

The DACA vs. State-Level DREAM Act in Florida

While the DACA is in effect and does provide benefits to many young people from immigrant backgrounds, it is important to know that it is not a replacement for the DREAM Act. While the DACA is a kind of administrative relief, it is only temporary and does not provide a path to lawful permanent resident status or U.S. citizenship. Deferred action is to be granted on a case-by-case basis. However, passage of the DREAM Act would permit certain immigrant students who have grown up in the U.S. to apply for temporary legal status, to eventually obtain permanent legal status, and to become eligible for U.S. citizenship if they go to college or serve in the U.S. military.

Numerous organizations, such as the National Immigration Law Center, the Center for American Progress, and the American Immigration Council have gone on record with solid evidence and reasoning that the passage of the DREAM Act would have significant benefits for the American economy and populace. Many political and social experts have also stated that the President’s deferred action initiative – and by extension, expanded measures such as the DREAM Act – gives beneficiaries the opportunity to increase their standard of living and their tax contributions. In addition, respected economists have posited that the economic consequences of the DREAM Act would be direct in the first run, and induce a larger set of positive economic consequences in the second run. These sources have also stated that numerous new jobs would be created, increased personal income tax revenues would be created and collected, and the resulting increased business would also generate additional business tax revenue for the government.

The American Way: Reward the Willingness to Work Hard for Success

Yet, one of the most important aspects of a possible passage of the DREAM Act cannot be measured with economic data. Indeed, passing the DREAM Act echoes the spirit of America as a beacon of hope to people from around the world who are willing to work hard to succeed. As sociology professor Natalicia Rocha-Tracy of Boston University has stated of DREAM Act opponents: “They see it as a criminal act, and some are conservative enough to think that by passing this legislation, they are not supporting what America stands for. And, of course, it is just the opposite.”

Leaders such as former Secretary of State Colin Powell have gone on record in support of the DREAM Act. The statesman has said that his own Republican party “needs to take a hard look at some of the positions they’ve been taking. We can’t be anti-immigration, for example. Immigrants are fueling this country… We have to educate our immigrants. The DREAM Act is one way we can do this.“ In addition, Senator Richard Durbin (D-IL) has stated, “This is the choice the DREAM Act presents to us. We can allow a generation of immigrant students with great potential and ambitions to contribute more fully to our society and national security, or we can relegate them to a future in the shadows, which would be a loss for all Americans.”

The DREAM Act is the perfect example of legislation that echoes both the spirit and the letter of the U.S. Constitution. Passing this act would be a step in the right direction toward comprehensive immigration reform and a concrete measure to improving the lives of millions of people, all the while contributing positively to the economy and the academic achievement of bright young people in our nation. It underlines the fundamental spirit of America – where regardless of one’s background or origin, everything is possible.  Passing the DREAM Act is simply the right thing for America to do.

THE DREAM ACT: GOOD FOR OUR ECONOMY, GOOD FOR OUR SECURITY, GOOD FOR OUR NATION”. Factsheet of the U.S. Government. http://www.whitehouse.gov/sites/default/files/DREAM-Act-WhiteHouse-FactSheet.pdf. Access date February 23, 2014.