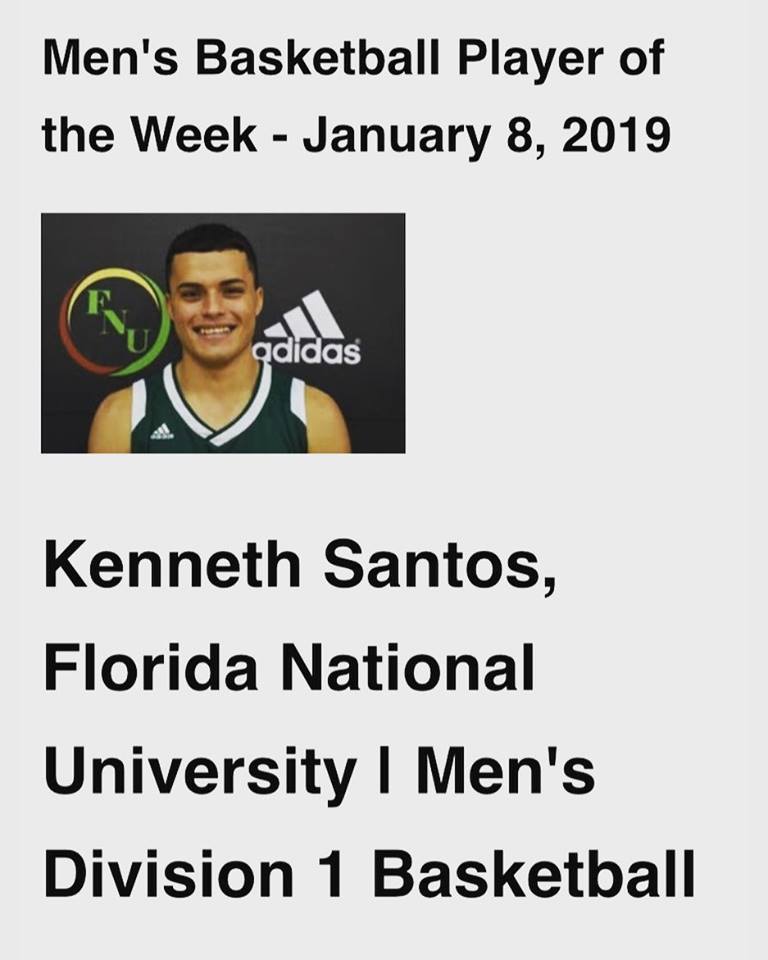 Florida National University men’s and women’s basketball players Kenneth Santos and Brianna Richardson has been named  in the first week of 2019 USCAA Player of the week how the USCAA  announced yesterday. The award is the second Player of the Week honor this season for FNU Basketball, who previously won the award in the last week of 2018  with Antonio TJ Sims.

Kenneth Santos helped lead the Conquistadors to a 4-0 week, beginning with a 15-point effort in a 117-67 victory at home on Jan. 3. He shot 40.0 percent from the field, 33.3 percent from beyond the arc and 100 percent from the free throw line. Against North American University on Jan. 4, he scored a game-high 21 points including 11 rebounds and 3 assists Shooting 8-of-11 from the field and 5-of-8 from the long range. Against Trinity Baptist College, Santos led the Conquistadors with game-high 21 points. He concluded the week with a 19 points and incredible 12 rebounds in a 107-70 victory against North American University on Jan. 6. 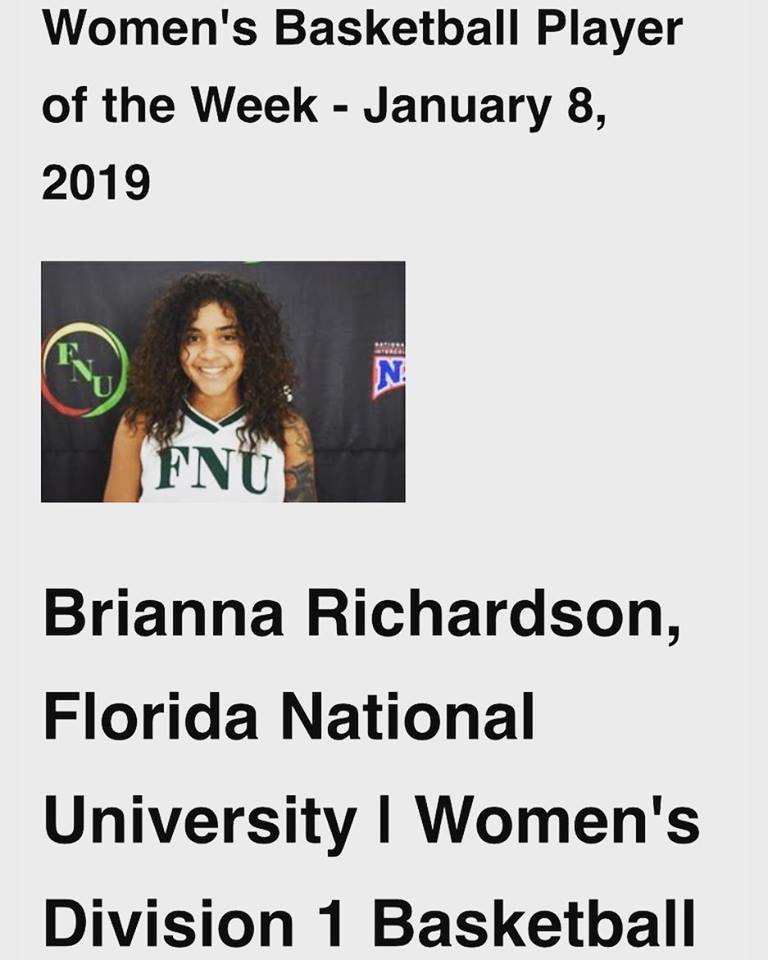 On the Women’s side Brianna Richardson helped lead FNU to a 2-0 week, beginning with 17 points 5 steals and 5 assists in a 79-50 victory against Trinity Baptist College on Jan. 4. The second game against Trinity Baptist College on Jan.5. she scored 13 points. She shot 36.6 percent from the field, 50.0 percent from beyond the arc and 100 percent from the free throw line.
Yesterday Brianna Helped the Conquistadors to win its third consecutive game in a Victory Against Florida College.
In 2019 both FNU Women’s and Men’s Basketball program are on fire with 3-0 and 4-0 record respectively.