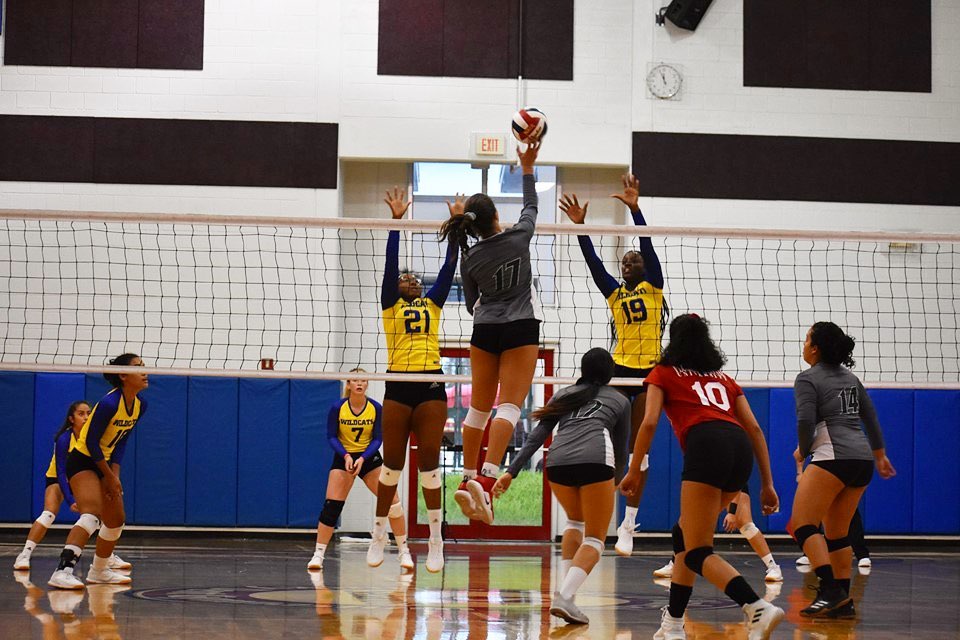 HIALEAH, FL – The Florida National University women’s volleyball team put up a fight that ended with a 3-2 victory in a tough home game against Johnson and Wales University played on Wednesday, September 11th at Bucky Dent Gym. The Conquistadors put the pressure on, coming back from five wins in the last six games.