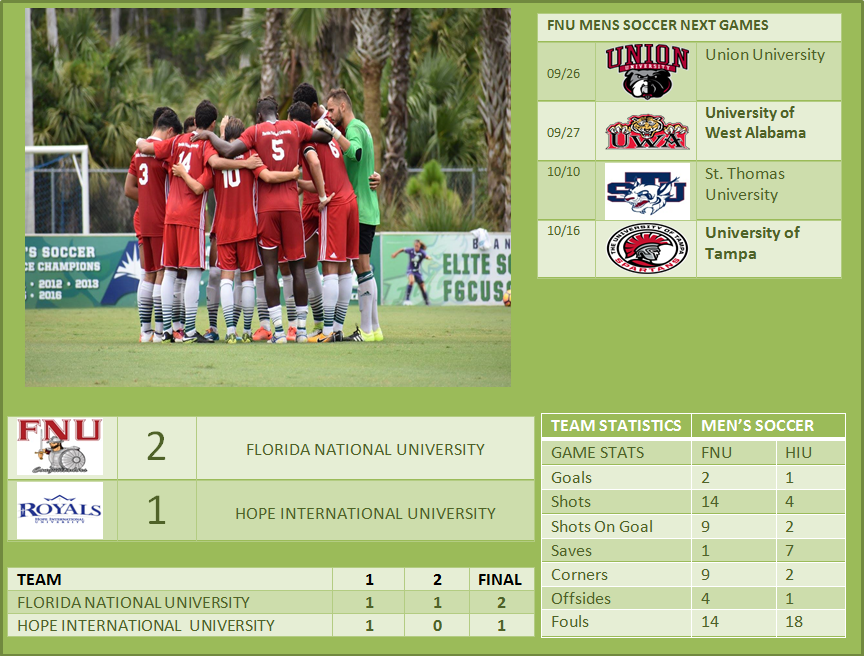 UP NEXT:
FNU MEN’S SOCCER takes the weekend off before returning to play on the road next Wednesday at 7 p.m. against the Union University at Jackson, TN. For complete coverage of the action, visit the schedule or follow the Conquistadors on social media.