FNUBlogFNU CONQUER FIRST WIN OF THE SEASON OVER WARNER UNIVERSITY 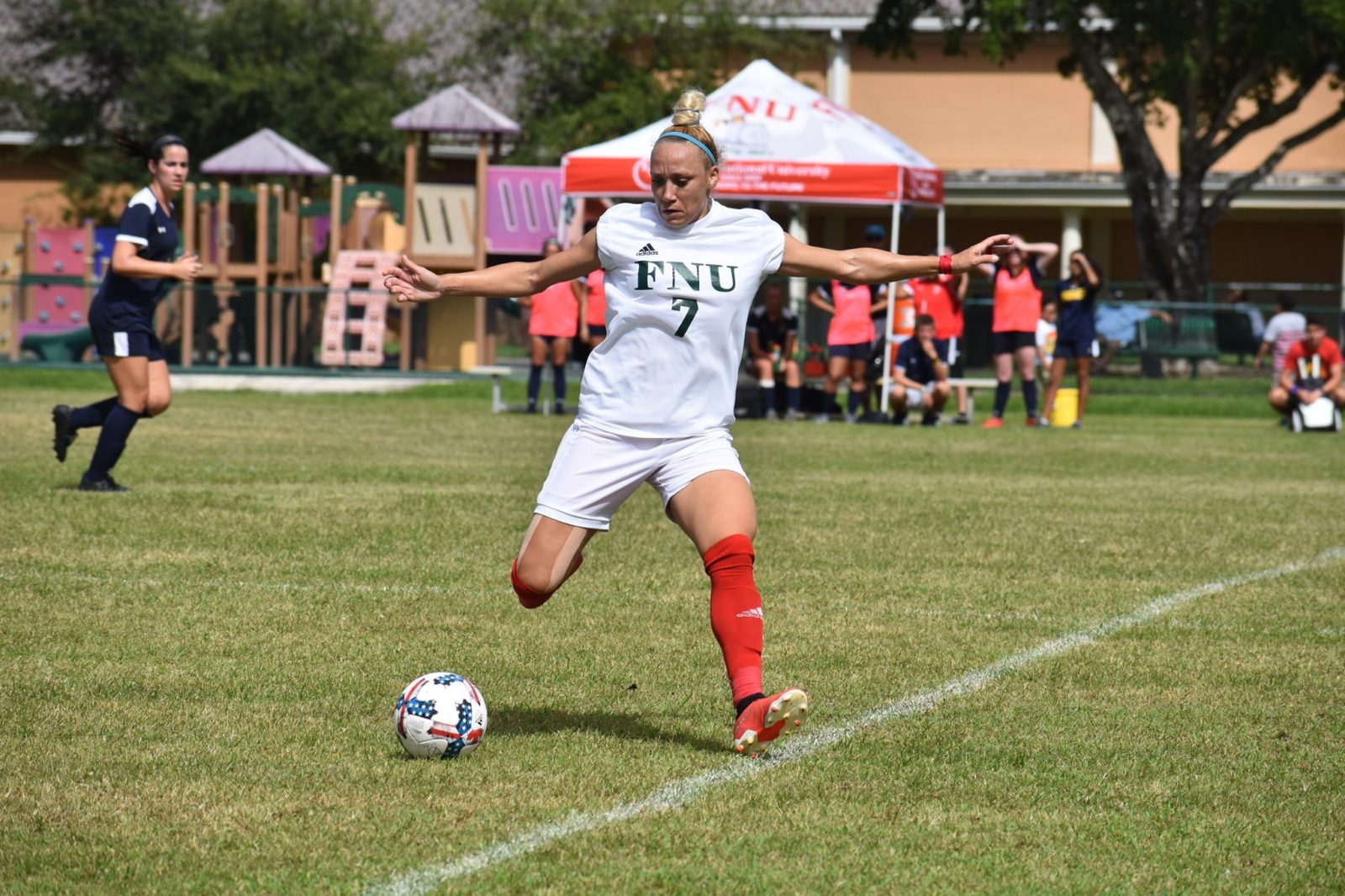 HIALEAH, FL. – Florida National University Women’s soccer team (1-4) won its first game of the season on Friday afternoon 1-0 over Warner University (0-5). The match was played at Goodlet Park Soccer Field. With the win, FNU improves to 1-3-0 on the year while Warner University falls to 0-5-0 on the season.

Coach Giovanni De La Rosa said after the game ” All the girls have been working hard, Warner University is a very difficult team to play against, last year they beat us in overtime. We scored early in the first half and our defense was the key of the victory, we made a small adjustment in the Center Back position, we brought in freshman Sophia Souza and Norian Gaviria and they both did a very good job and were the key of the win”.

FNU’s goalkeeper Vanessa Osorio recorded 8 saves in the game in the complete game effort. She also recorded her first shutout of the season.