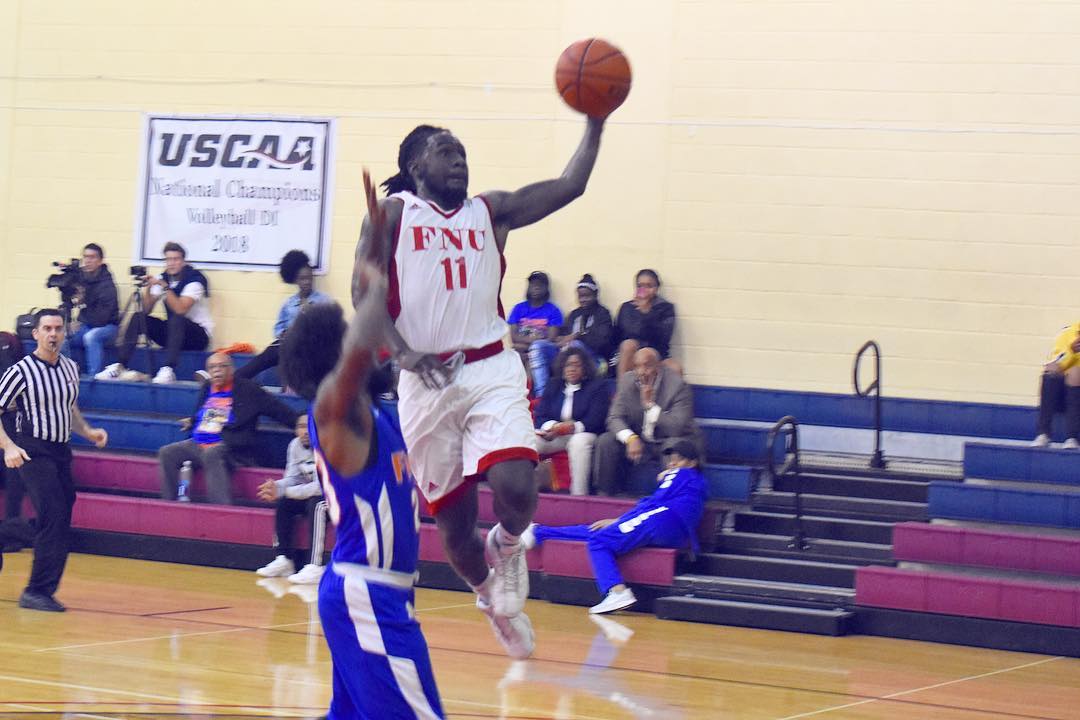 Hialeah, Florida- Florida National University Men’s Basketball team beats crosstown rival, Florida Memorial University on Tuesday night at the Bucky Dent Gym. The Conquistadors open up the game with a big lead and never look back going into halftime with a 15 point lead. In the Second half the Conquistadors kept the same Attack level and improved on the Defense and finished the game with 101 to 73 on the scoreboard.

Coach Thatcher Said ” I love the effort and the sacrifice that each and every player made, the ones who started it and who came off the bench and the relentless play they did on defense and the boards to win this game. We still have a long road ahead of us to get back to the final four but right now we need to focus one game at a time, this was a great win tonight and big win for this team but now we must look forward to Kaiser on Saturday”.

Up Next
The Conquistadors will face Keiser University on Saturday December 15th, at west Palm Beach with a tip-off at 4:00 p.m.