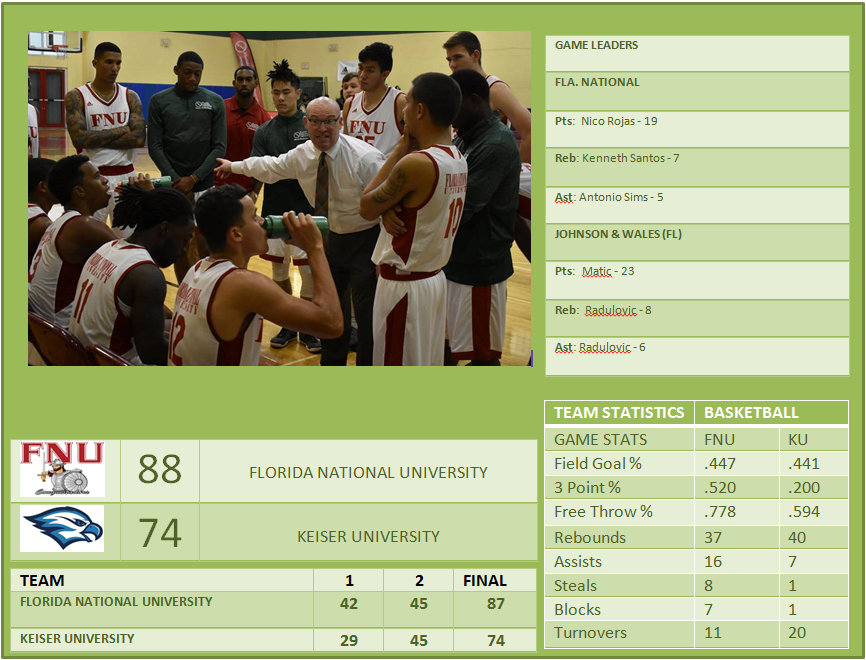 Turning Point
The opening ten minutes of the contest proved to be difference as the Seahawks were unable to rebound.

Inside the Box Score

Up Next
The Conquistadors will face Lynn University on Friday evening at Boca Raton with a tipoff of 7:00 p.m.