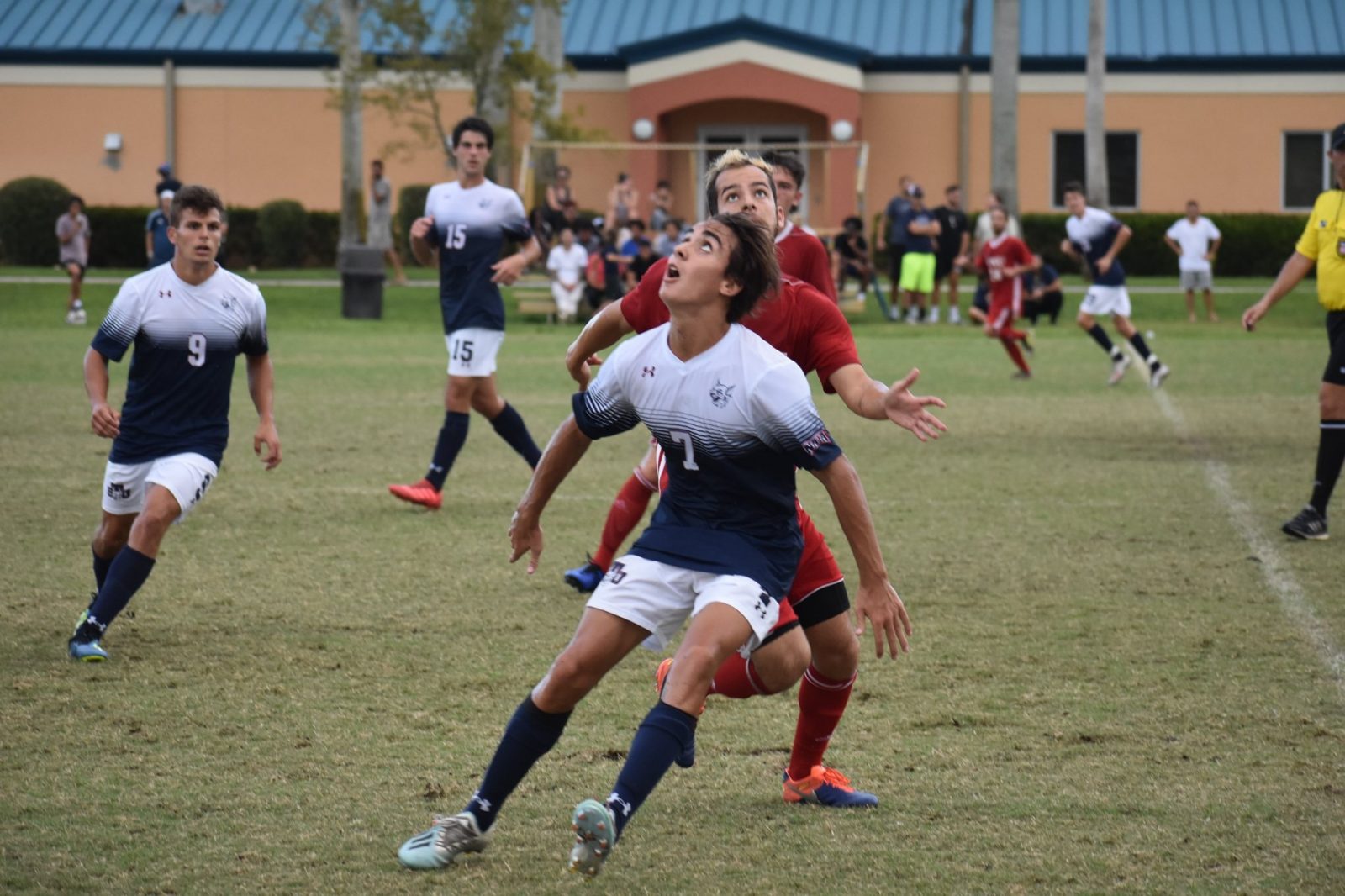 MIAMI GARDENS, FL. – Florida National University Men’s soccer team (4-2) suffered its second loss of the season on Saturday evening falling 2-1 to #21 St.Thomas University (4-0). The match was played at St. Thomas Bobcats Field. With the loss, FNU falls to 4-2-0 on the year while St. Thomas improves to 4-0-0.

FNU’s goalkeeper Facundo Grimberg recorded one saves in the game, while Michael Marx stopped five out of the six shots he faced in the complete game effort.

The Conquistadors will now face the NCAA Division II, University of West Alabama on Wednesday, September 18th  at 7:00 p.m. in Livingston, AL