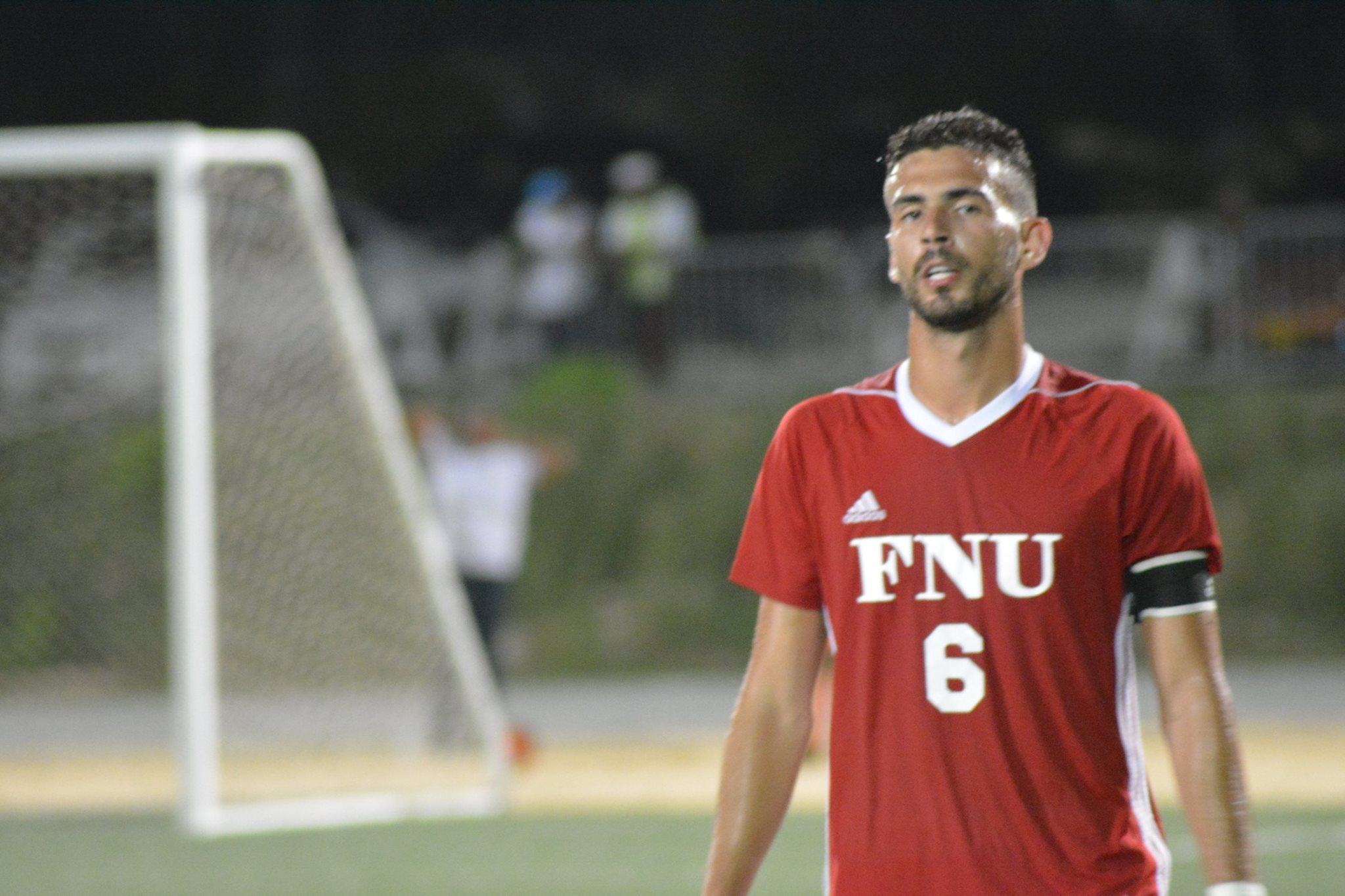 ABILENE, Texas – Florida National University men’s soccer gets another win on the road, 5-2, in a non-conference game versus Mc Murry University (McM) at Wilford Moore Stadium.

In the opening 45 minutes, FNU put up four goals on McM. The Conquistadors’ windfall was aided by a pair of penalty kick goals in the 9th by the senior Rodrigo Costa and 30th minutes of play by Sebastian Aldunate. FNU’s junior Pedro Veiga followed each of the PK’s with goals in the 23rd and 35th minutes to give the Conquistadors the 4-0 halftime cushion.

McMurry’s second-half scores came less than two minutes apart.  Less than four minutes into the second stanza – at the 48:32 mark – McMurry got on the board on a header from Aaron Webb, on a perfect cross pass from Jesus Sanchez to make it 4-1.

Just over a minute later, McM struck again. This time it was senior Josh Erwin notching his first goal of 2018, putting a shot into the upper left corner of the target, with Sanchez assisting once again at the 49:52 mark.

FNU added its final tally in the 68th minute for the 5-2 final score with junior Santiago Gaggero nice curved shot in right of goal from top left.

What’s next for the Conquistadors: The Conquistadors will next be in action on Tuesday (Sept. 4th) Against (SAGU) Southwestern Assemblies of God University. Kickoff is slated for 4:00 pm.