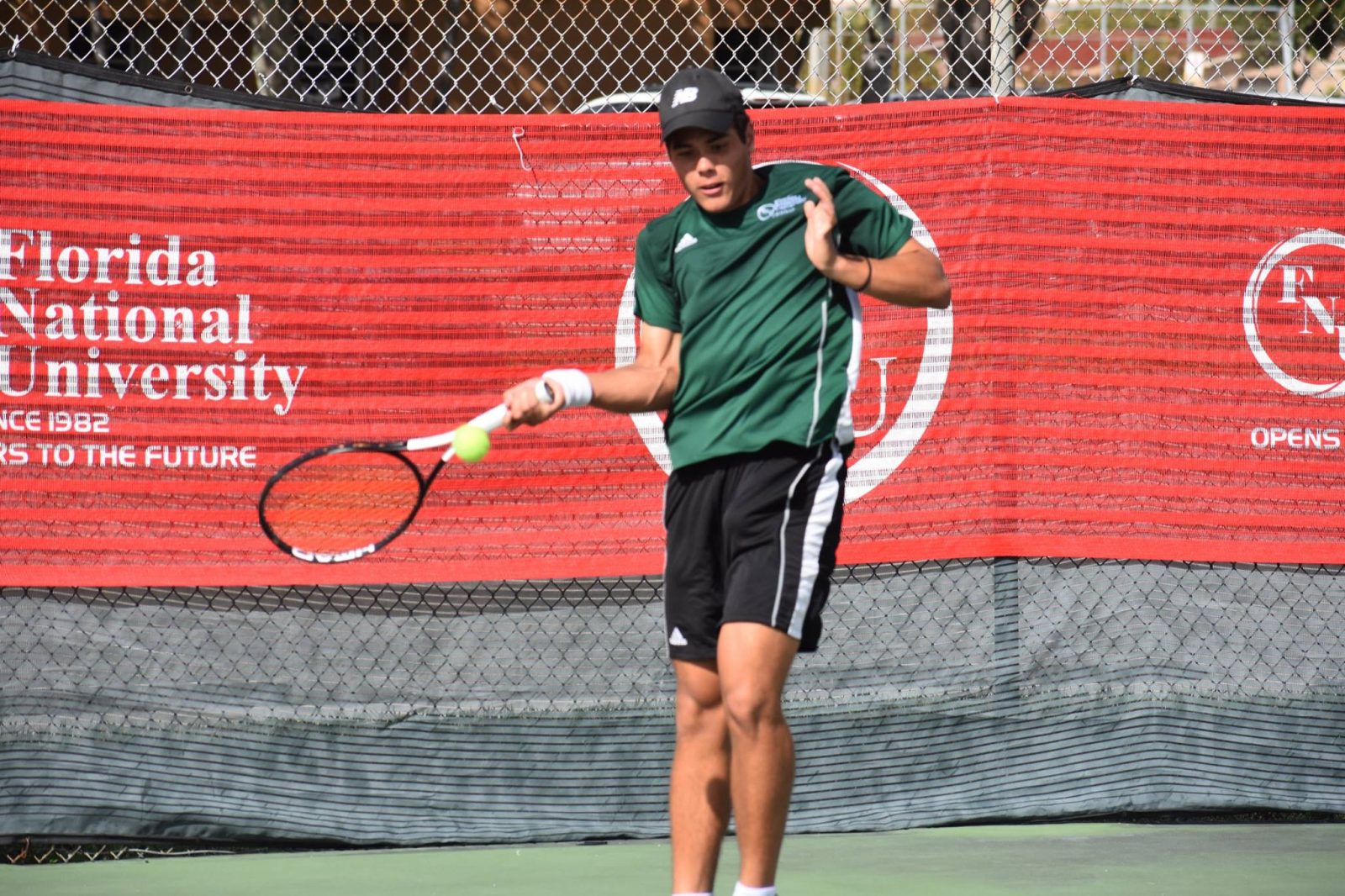 AVE MARIA, Fla. – The Florida National University tennis teams played their second game of the season on Tuesday afternoon, as the Conquistadors faced off with Ave Maria University Gyrenes. The Conquistadors men’s claimed a 4-1 victory over the Gyrenes, while the women’s team suffered a 4-1 defeat. The matches were scored using the new scoring system previously adopted at the NCAA Division II and III levels, where the three doubles matches are combined into one team point.

WOMEN’S RECAP – Florida National University  1-4 Ave Maria University – The Gyrenes women won the doubles point to take a 1-0 lead on the day. The Gyrenes earned victories at numbers one, three, and four.