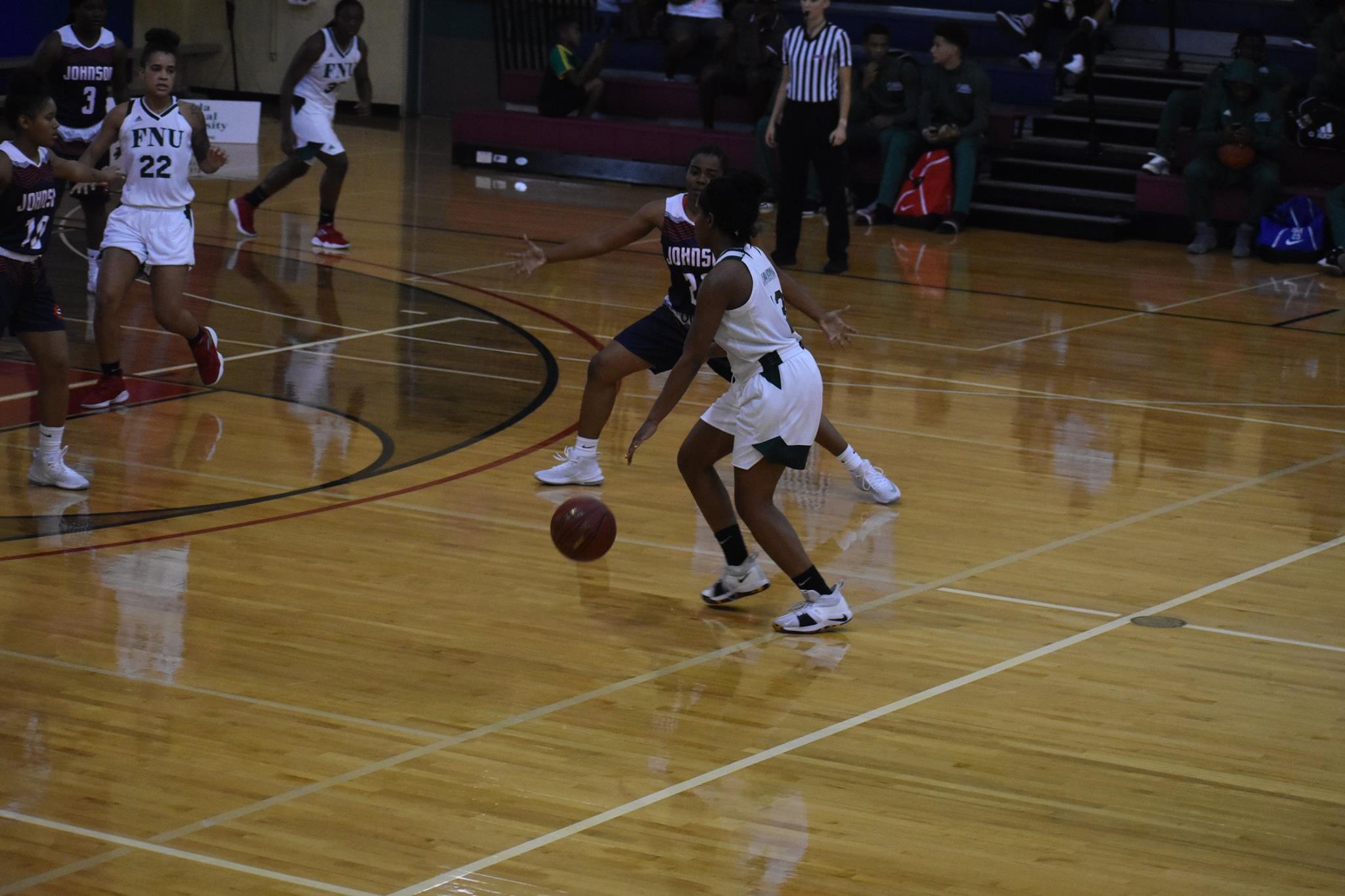 Hialeah, FL — The Historical first home game ever of the Lady Conquistadors women’s basketball team is now officially in the books! The Lady Conquistadors faced Johnson University of Florida (Suns) on Saturday, November 3rd; the final score was 70 x 63 in favor of FNU.

In the 1st Half the Lady Conquistadors fell behind the first and the second quarter by 16 x 13 and 16 x 11 respectively, but they overcame in the second half with the third quarter 20 x 17 and finished the last quarter with an amazing performance winning by 26 x 14. As a team, in the first half, FNU shot 22 percent from the floor and only 12 percent from behind the three-point line.

After the match coach Matt Stearsman said “I felt like we were a little slow out of the gate and I think that is fatigue from playing 7 games in 11 days. We were also down a couple of players due to injuries. That being said we dug in during the 4th quarter and played well together and played very hard. I am proud of our team for bouncing back to get that win.”

Florida National Women Basketball team also won their third game of the season; it was 91 x 46 for the Lady Conquistadors in its second game against Johnson University of Florida in two days.

Lady conquistadors open day two of their second home game of the season with a commanding lead 27 to 11 in the first quarter. In the 1st Half, the Lady Conquistadors easily overcome The Lady Suns with 46.5% shots from the field and 50% from behind the three-point line, high numbers for the first half that reflected on the scoreboard 51 x 21 for our Lady Conquistadors, dominant performance with useful results.

Brianna Richardson finished with a team-high 27 points, and 7 assists on 11-13 shooting followed by Ashley Williams with 15 points on 8-14 shooting and brought in 10 rebounds.

Some great moments from Brianna Richardson in the game between Florida National University vs Johnson University of Florida. She scored 27 points and 7 assists. #FNU #GoConquistadors pic.twitter.com/mHVnsQ6tx3

The Lady Conquistadors will be back in action this Tuesday Nov. 6TH  visiting Johnson and Wales University at  6:00pm.