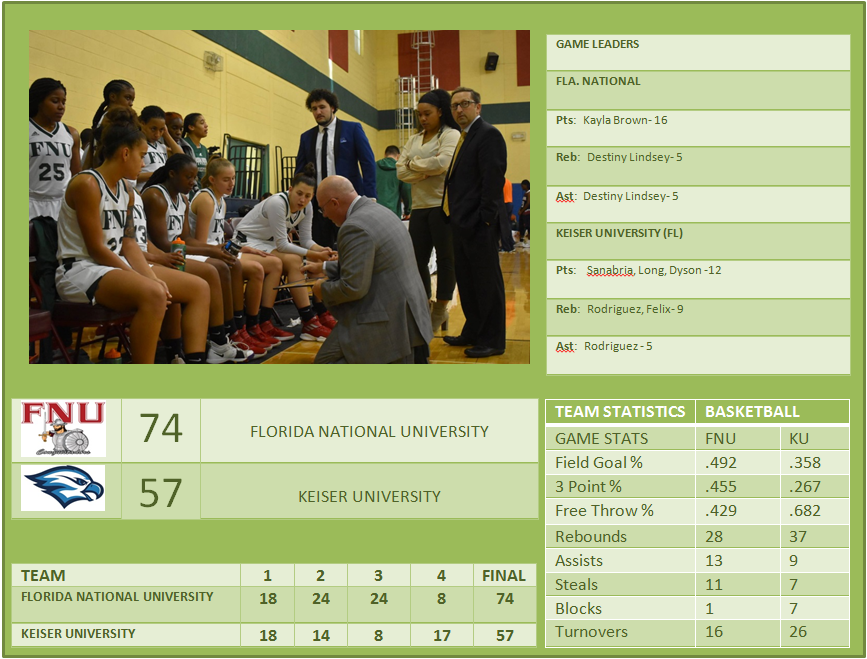 Turning Point
The Seahawks evened the game with 6:05 remaining in the second quarter when FNU used a 10-0 run to take their first double digit lead of the game.

Inside the Box Score

Up Next
The Conquistadors will face Lynn University on Friday evening at Boca Raton with a tipoff of 5:00 p.m.