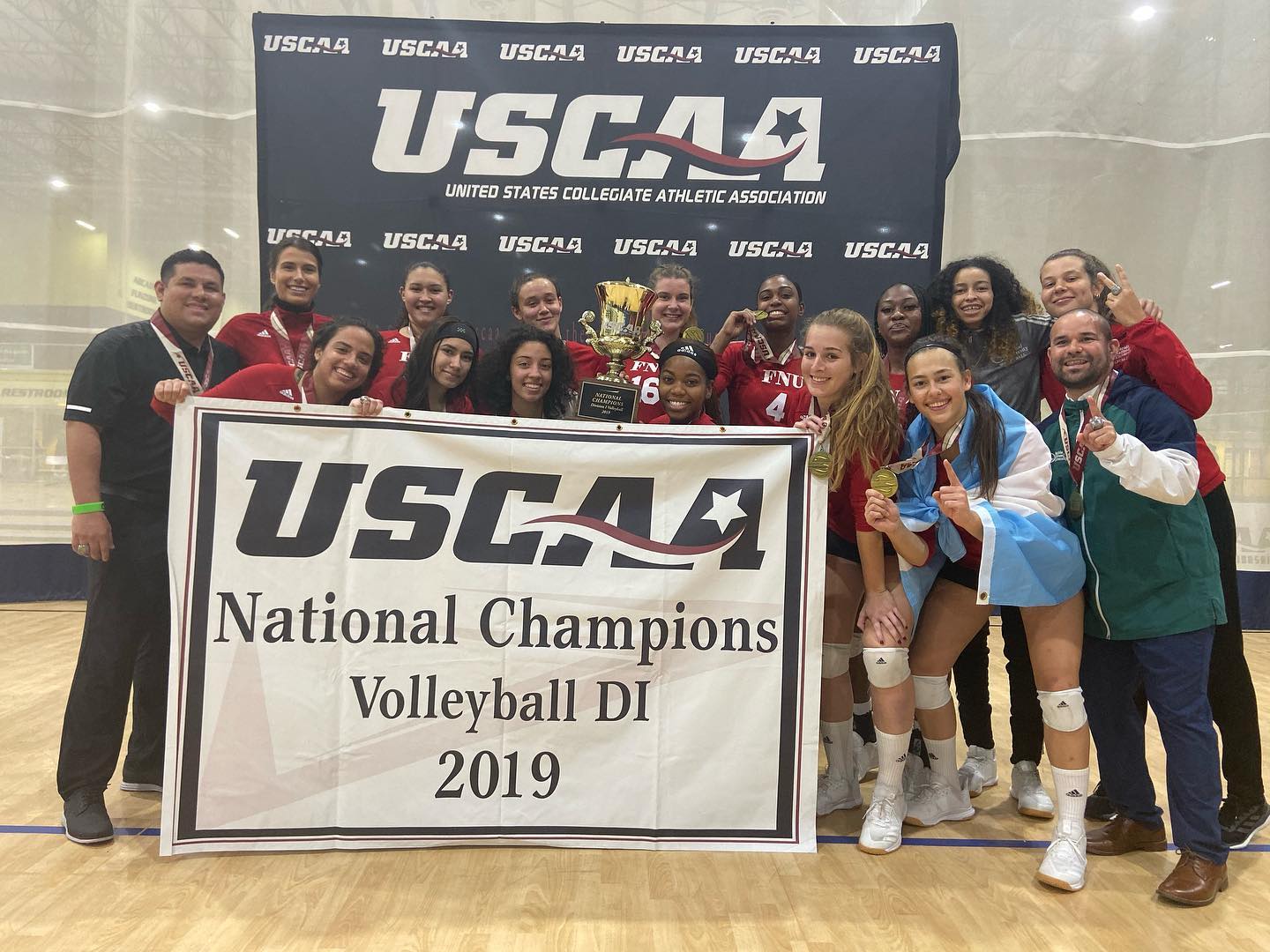 WE ARE THE CHAMPIONS OF THE 2019 USCAA NATIONAL TOURNAMENT! #FNU #GoConquistadors

FNU Women’s Volleyball Head Coach Carlos Huaroto said ” the coaching staff is very proud of this team. We value the changes they have made throughout the season and their attention to learning. It wouldn’t have been possible without everyone accepting their roles and their commitment of doing their job! We are lucky to have such great young women with great character with us! ” Carlos Huaroto also said “I will tell you in 20 years” – referring to former coach Amos Alonso Stagg who was a pioneer in the early days of football. “