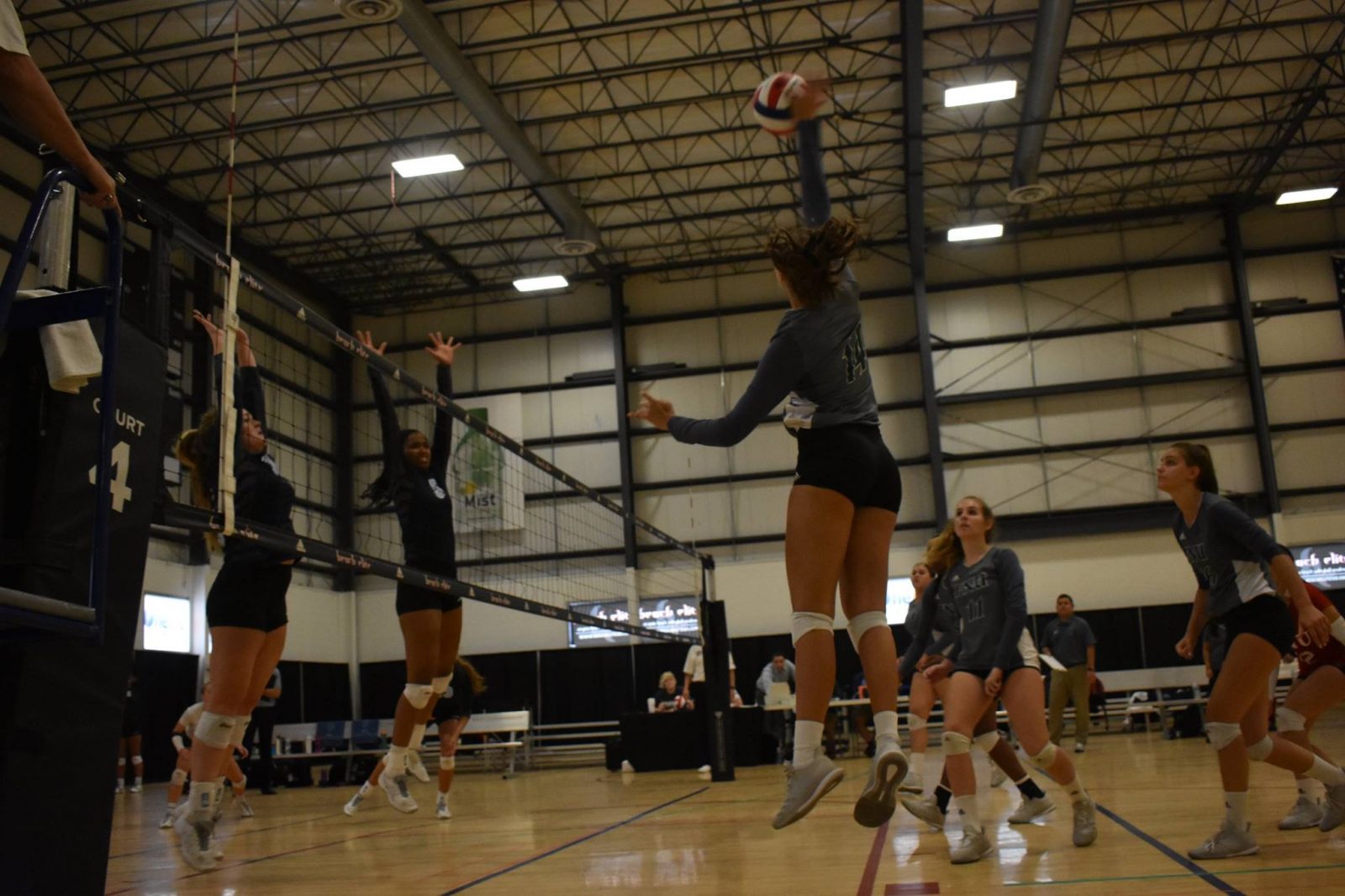 Lady Conquistadors are in the final of the 2018 USCAA national tournament that is being played in Virginia Beach, VA.

The lady Conquistadors battled it out in the USCAA Division 1 Volleyball National Championship Pool Play yesterday and played the first game against Saint Mary of the Woods College, and the match was a thrilling five-set as the Woods stole sets one, three, and the final, FNU won the sets two and four but lost the first match 3×2.

The second game of the championship was played this morning, and the Lady Conquistadors defeat the Silver Lakes College 3×0. Game one was a back and forth affair with multiple lead changes in the early portions of the set. With the Lakers finding themselves down 8-11. Lakers answered with a 3-0 run behind multiple kills by Emily Kretsch (JR / Manitowoc, WI) locking the score at 11-11 and forcing a timeout. The game continued to be highly contested. Lakers would strike again forcing another timeout at 19-18. After gaining the lead, the Conquistadors responded by finishing the set on a 7-1 run to win set 1 by the score of 25-20.

After a heartbreaking loss in set one; Florida National stormed out of the gate opening with a 6-1 lead. A single block by Kretsch had the Lakers within 4 points. Florida National continued to put pressure on the Lakers scoring 6 of the next 8 points forcing Laker timeout at the 12-4 mark. Out of the timeout, a perfect set by Rachel Kluba (FR / Manitowoc, WI) led to a kill by Alma Vazquez Nunez (FR / Vigo, Spain). This spark began a 4-2 run bringing the score to 14-8. The Conquistadors finished the set controlling the time and rolled to a 25-16 set two.

After dropping the first two sets, Lakers came out rejuvenated in set 3 starting the game with a service ace by Vazquez Nunez. Lakers put the Conquistadors on their heels behind strong play from Kretsch and Tasha Rabe (JR / Kiel, WI) creating a 4-point lead on Florida National. Lakers continued to play well in the early portion of the third set. Kluba only block forced to Florida National timeout at the 16-12 mark. Out of the timeout, Florida National roared back scoring 13 of the final 18 points to take game three and the match. Lakers fell to Florida National in straight sets (3-0).

In the last game of the USCAA Division 1 Volleyball National Championship Pool Play, the Florida National University Women’s Volleyball team did not take note of against number one seeded University of Maine Fort Kent and defeat the Bengals 3×0 securing a spot in the championship game scheduled for tomorrow at 12:30 p.m. against Saint Mary of the Woods College.

In the first set Lady Conquistadors outscored the Bengals  25-20. Our Ladies took the lead and kept it till the end of the set to take it home with very good performance in defense and attack.

in the third set FNU hit .250 while UMFK registered an attack percentage of .026. Fourteen kills and only five hitting errors and two team blocks resulted in a 25-13 win for the Conquistadors in set three.

The championship game scheduled for tomorrow at 12:30 p.m. against Saint Mary of the Woods College.