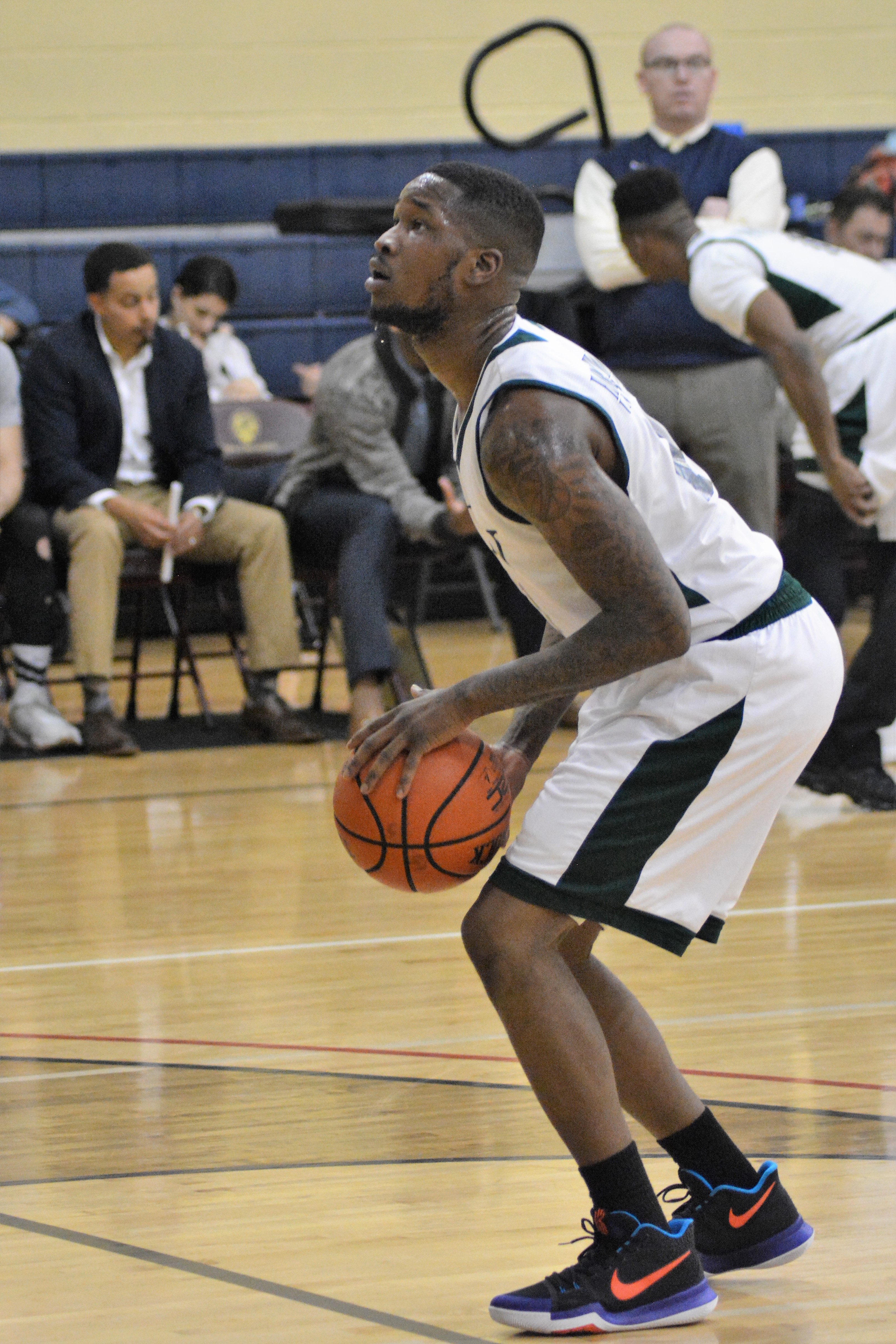 Hialeah, Fla. (Jan. 27, 2018) – Florida National University’s 23rd win of the season was a defensive test for the Conquistadors coaching staff. During the first half against Stratford University, the Conquistadors display of poor communication and a lack of execution lead to Chris Hall getting into foul trouble early in the half. Stratford University controlled the majority of the first half with ball movement and exploiting mismatches on the court.

Jessy Cantinol leadership and hard work helped the Conquistadors closed the deficit to a mere 38-36 at halftime. The momentum would shift back in the Conquistador’s favor when Guard Chris Hall who scored 19 out of his 22 points in the second half created a flurry of points. Center Jessy Cantinol registered a near double-double making 14 points and nine rebounds. Big plays late by Kenneth Santos and Christian Anglada helped finished the game off at 87-68.

What is next for the Conquistadores? Your Conquistadors will be back in action February 13th against Florida College at Temple Terence, Fla.