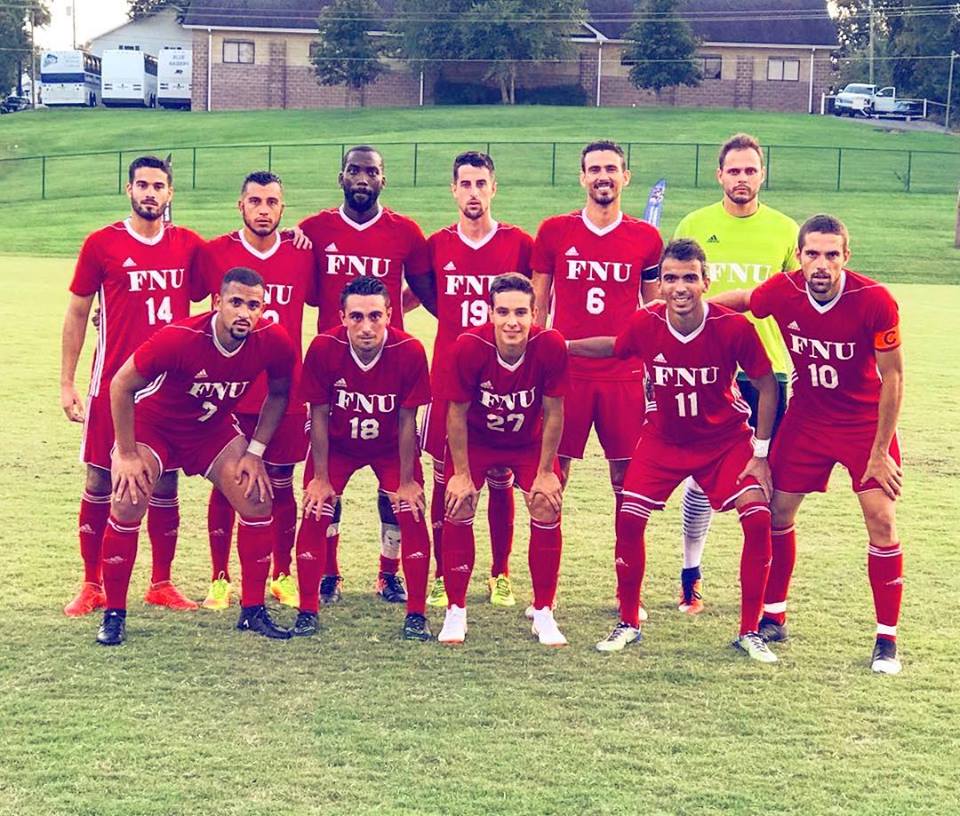 Columbia, KY (Aug. 27, 2018) – 351 people witnessed this game between these two strong teams played in Columbia, KY which was victorious the local team of Lindsey Wilson ranked #9 in the nation by 1 – 0.

FNU had 23 shots which only four were On Goal against four shots On Goal for Lindsey Wilson out of 12 Shots. First half was back-and-forth in which FNU’s most participative player was Rodrigo Costa with eight shots against Andrew Revanales with four shots and a goal.

In the minute 39 of the first half of the game, the first and only goal of the game kicked in by Andrew Revanles assisted by Rainer De Jesus who played the ball through to Revanales who slotted it past our keeper Rodrigo Festuccia in a one-on-one attack.

LWC closed first half outshooting the Conquistadors 10-6, including 4-3 in Shots On Goal.

The second half started with a red card for LWC, half which local team defense held off from high powered attacks from FNU’s team.

This way the Conquistadors outshot the Blue Raiders 17-2 in the second half but couldn’t go through Blue Raiders keeper Diaz who finished the game with four saves to keep his record clean for this game.

Conquistadors will now hit the road to travel to Texas to play four games in 5 days and try to empower their excellent record.