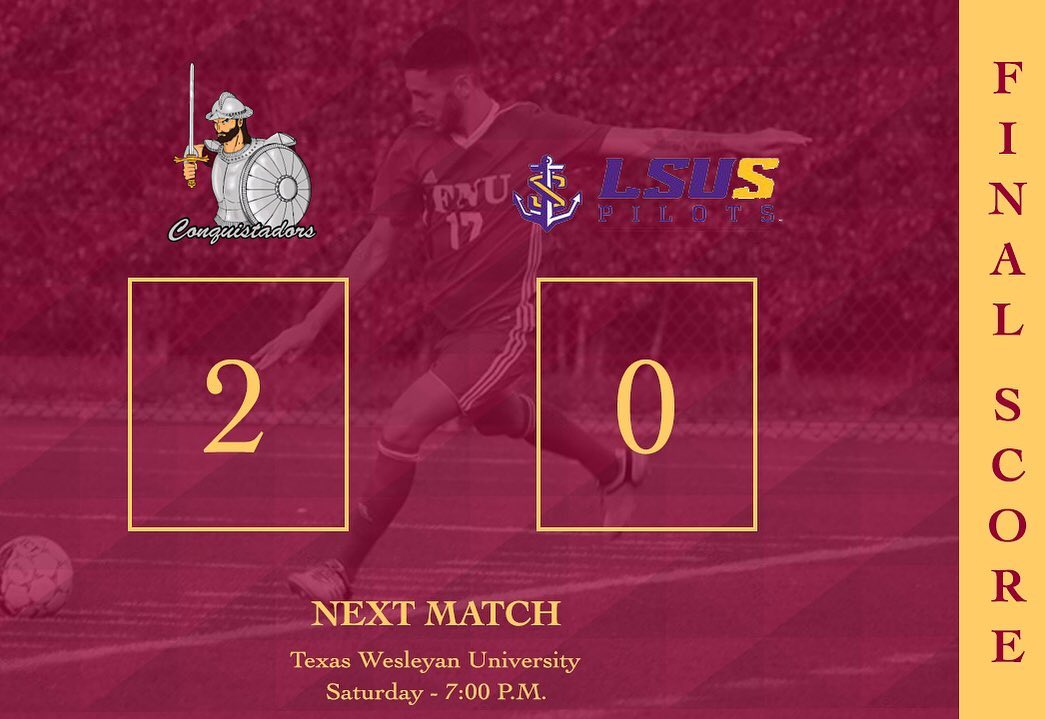 SHREVEPORT, LA – Junior George Perez Cruz (Añasco, Puerto Rico) scored twice in a 2-0,  win for Florida National University Men’s soccer team (6-2) against #20 LSU Shreveport (4-2-2) on Friday night (Sep. 20) at The Swamp Stadium. The Conquistadors have now won six games this season including 2 victories against NAIA ranked teams. With the win, FNU improves to 6-2 on the year while LSU Shreveport falls to 4-2-2 on the season.

FNU’s goalkeeper Rodrigo Festuccia recorded one save in the game, he also recorded his fourth shutout this season while Saul Ocampo  stoped six out of the eight shots he faced in the complete game effort.

The Conquistadors will now face the Texas Wesleyan University on Saturday, September 21st  at 7:00 p.m. in Austin, TX.