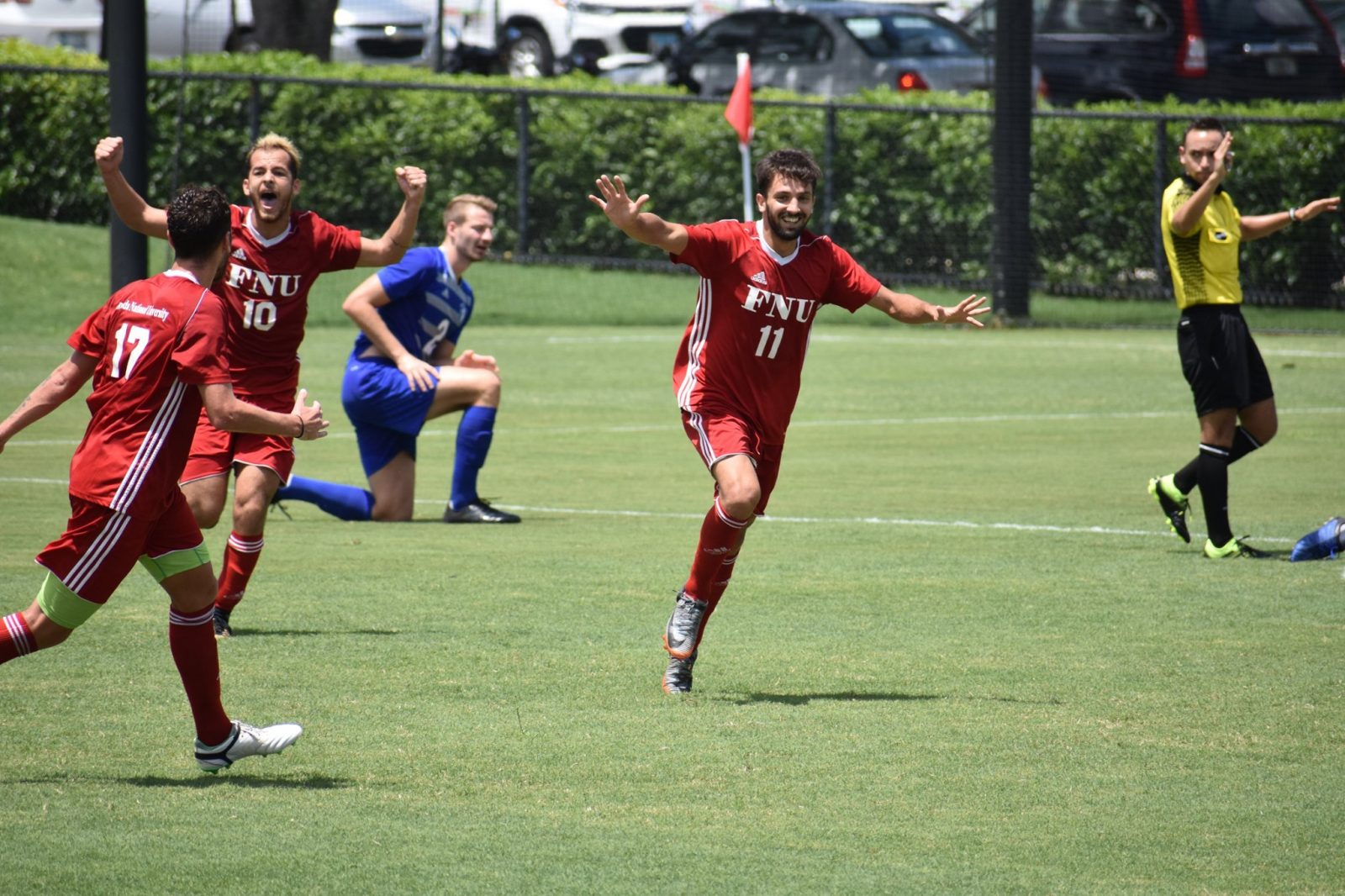 AUSTIN, TX – Sophomore Denilson Felipe de Almeida (Caxambu, Brazil) scored one goal and recorded one assist on a 2-0 win for Florida National University Men’s soccer team (7-2) against Texas Wesleyan University (1-7) on Saturday night (Sep. 21) at Fort Worth,Texas Martin Field. The Conquistadors have now won seven games this season including 2 victories against NAIA ranked teams. With the win, FNU improves to 7-2 on the year while TWU falls to 1-7 on the season.

FNU’s goalkeeper Rodrigo Festuccia recorded six saves in the game, he also recorded his fifth shutout this season while Bastian Blumengerg stopped seven out of the nine shots he faced in the complete game effort.

The Conquistadors will now face the Huston Tillotson University on Monday, September 22nd  at 7:00 p.m. in Austin, TX.