FNUSelf DevelopmentWhat You Might Now Know About Independence Day 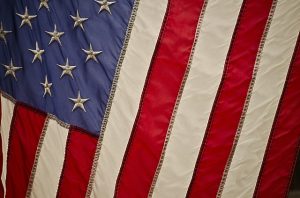 If enough time passes by, observance days end up becoming traditions that oftentimes lose their meaning and the origin of why they came to be in the first place becomes unknown—especially if it’s a celebratory holiday. Independence Day, or the 4th of July might be considered one of these holidays.


The 4th of July is associated with fireworks, cookouts, outdoor picnics, family get-togethers, and…of course a day off from work and school! For some people, that might be enough, but Florida National University (FNU) strongly believes that it’s our duty to remind students why and how it’s necessary to take a moment out of your celebratory festivities to recognize how the 4th of July came to be, which might in turn bring about a new appreciation for this national holiday.


A Quick Summary of How Independence Day Came to Be


Some people may already think they know what the holiday stands for—the day the Declaration of Independence was signed, but actually, that would be incorrect. The name of the holiday certainly is a big clue though—gaining freedom as a nation from the British government was a huge victory for America. Actually, July 4th , 1776, was the day the Continental Congress approved the wording of the Declaration of Independence document. The authors were: Thomas Jefferson, John Adams, Benjamin Franklin, Robert R. Livingston, and Roger Sherman, two of which were presidents and the other three, patriots and politicians in their own right—all who have earned the title as the Founding Fathers of the United States. They were also referred to as the “Committee of Five”.

July 4th isn’t the date that the United States won the American Revolution either. The life span of that war was from 1775-1783. So it was actually just a year after the war began that the Declaration of Independence was finalized—not signed though!


Finalizing the Declaration of Independence: Agree to Disagree


If you can imagine five politicians coming together to agree on one document that would represent the foundation of America’s government—one that stated the national fundamental laws that guaranteed basic rights for US citizens, something of this weighty importance might take some time. According to ConstitutionFacts.com, the Declaration draft was submitted on July 2nd and the gentlemen didn’t come to a unanimous agreement with the edits and revisions until July 4th, two days later. It was this date that had been printed on the first circulation of copies throughout the colonies. Naturally, it would be the date that everyone remembered.


“I confess that there are several parts of this Constitution which I do not at present approve, but I am not sure I shall never approve them. For having lived long, I have experienced many instances of being obliged by better information, or fuller consideration, to change opinions even on important subjects, which I once thought right, but found to be otherwise.” ~Benjamin Franklin, 1787


After the Declaration of Independence Was Finalized


Once the Declaration of Independence was adopted, the Committee of Five was charged with mass-producing the document to deliver to all 13 colonies. There was no FedEx or UPS Store chains around back then, so the production of this document was printed at a print shop in Philadelphia operated by John Dunlap. The mass production of this document came to be known as the “Dunlap broadsides”. Hundreds of these copies were thought to be printed on July 4, but only 26 have reportedly survived that don’t have the full signatures of the delegates or authors.


So When Was the Declaration of Independence Signed?


The Declaration of Independence wasn’t signed until a month later because after finalizing the edited version, the official document had to be written by hand on parchment paper before anyone could sign it. Although some of the authors had already signed it in its early stages, it wasn’t until August 2 that the Declaration of Independence was officially signed. While most of the delegates signed, Elbridge Gerry, Oliver Wolcott, Lewis Morris, Thomas McKean and Matthew Thornton, Robert R. Livingston and John Dickinson reportedly had not.


America’s Initial Response to the Declaration of Independence


Surprisingly enough, soon after the Declaration of Independence was officially signed, it didn’t take long for Americans to forget about it. In fact, it is said that most Americans didn’t celebrate The 4th of July, or any date related to it for about 15-20 years after it was signed. This was due to the political conflict not between the Democrats and the Republicans. No! It was actually the Republicans and Democrats teaming up to disagree with the Federalists.


The Federalists supposedly believed that the Declaration of Independence was too rebellious or too “anti-British” and sounded “too French”—all which seemed to be against their current policies. Yet, in 1817 one of the original authors, John Adams, addressed the indifference about the Declaration of Independence in a letter stating how Americans “seemed uninterested in its past.”


The Resurgence of the Recognizing Its Meaning


It wasn’t until after the War of 1812 that the Federalist Party dissolved. It was at that point the 4th of July began to get the recognition it deserved. Between the years of 1820-1830, printed copies of the Declaration of Independence began to circulate once again. It had the date “July 4, 1776” published at the top. Another significant coincidence that might have sealed July 4th as the date of independence was the death of two of the founding fathers, Thomas Jefferson and John Adams who ironically died the same day—which happened to be July 4, 1826. They passed away five hours from each other. Adams died in Massachusetts and Jefferson in Virginia.


The date July 4, 1776, can be looked at as the birthday of the United States of America as an independent nation. The Declaration of Independence was written on July 2, finalized and reportedly dispersed on July 4, and officially signed on August 2. It all represents the birth of a nation we call America. This national treasure can be found at The US National Archives and Records Administration building in Washington DC.

So while you enjoy your festivities, take some time to recognize and appreciate the events in history that took place so that you could enjoy your day off—and your independence!

If you are interested in learning about all of the educational benefits FNU has to offer, contact us today.