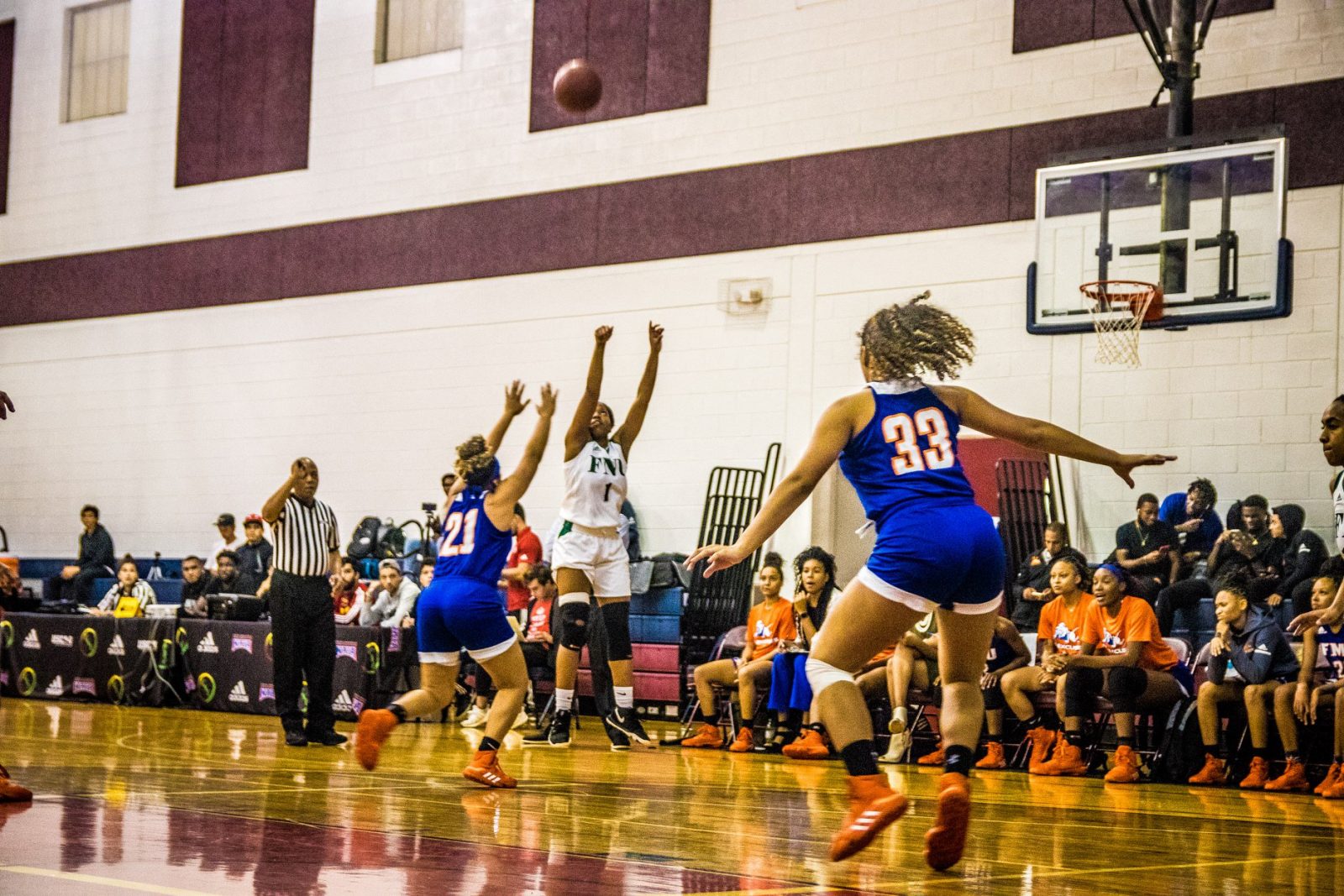 Miami Gardens, Fla. – Florida National University women’s basketball team won its fourth on the road game of the season as the Conquistadors overcame St. Thomas University in a thrilling battle 68-65. The contest was played on Saturday afternoon (Dec. 14th) at Fernandez Family Center, Miami Gardens, Fla. With the win Florida National improves to a 6-10 record while St. Thomas University falls to 6-5.