FNUBlogLADY CONQUISTADORS CONQUER A WIN ON THE ROAD AGAINST JWU WILDCATS 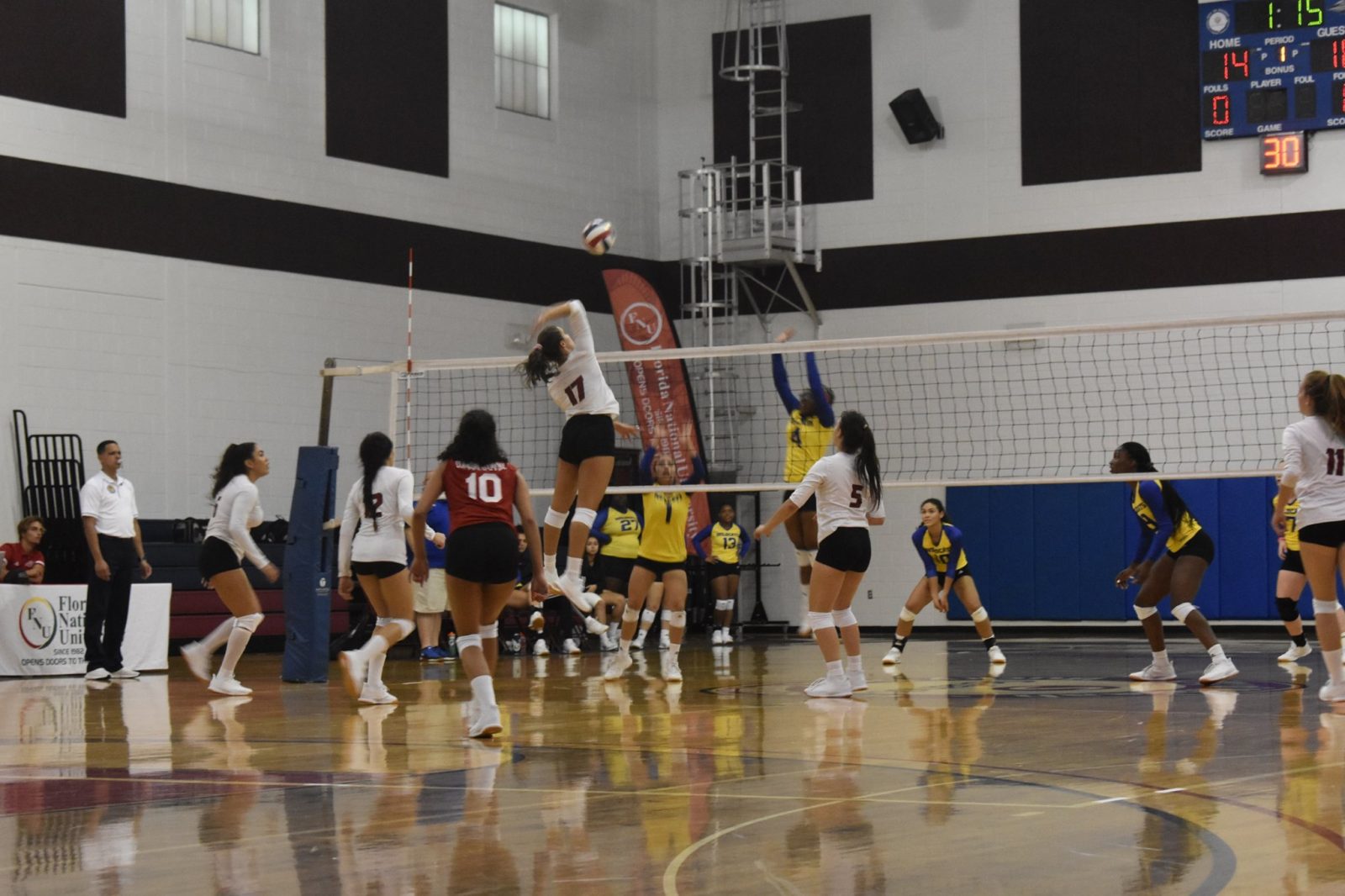 HIALEAH, FL – The Florida National University women’s volleyball team put up a fight that ended with a 3-0 win in a tough home game against Johnson and Wales University played on Friday, October 15th at North Miami, Florida.