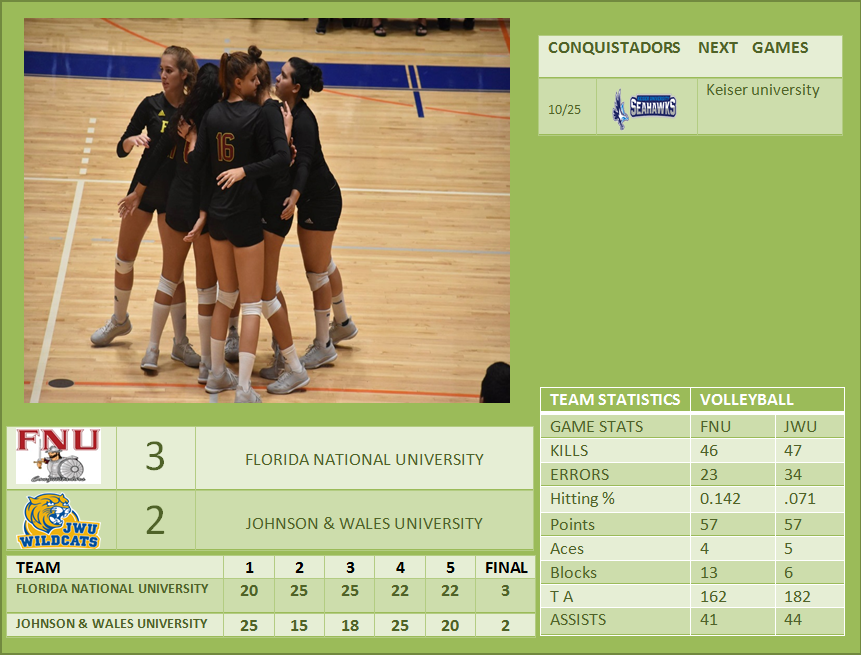 1st set | Johnson & Wales Wildcats ran away with the first set 20-25. Lady conquistadors couldn’t catch them up even after playing good but ineffective to defend the Wildcats attacks.

2nd set | Lady Conquistadors outscored the Wildcats 25-15. Our Ladies took the lead and kept it till the end of the set to take it home with very good performance in defense and attack. 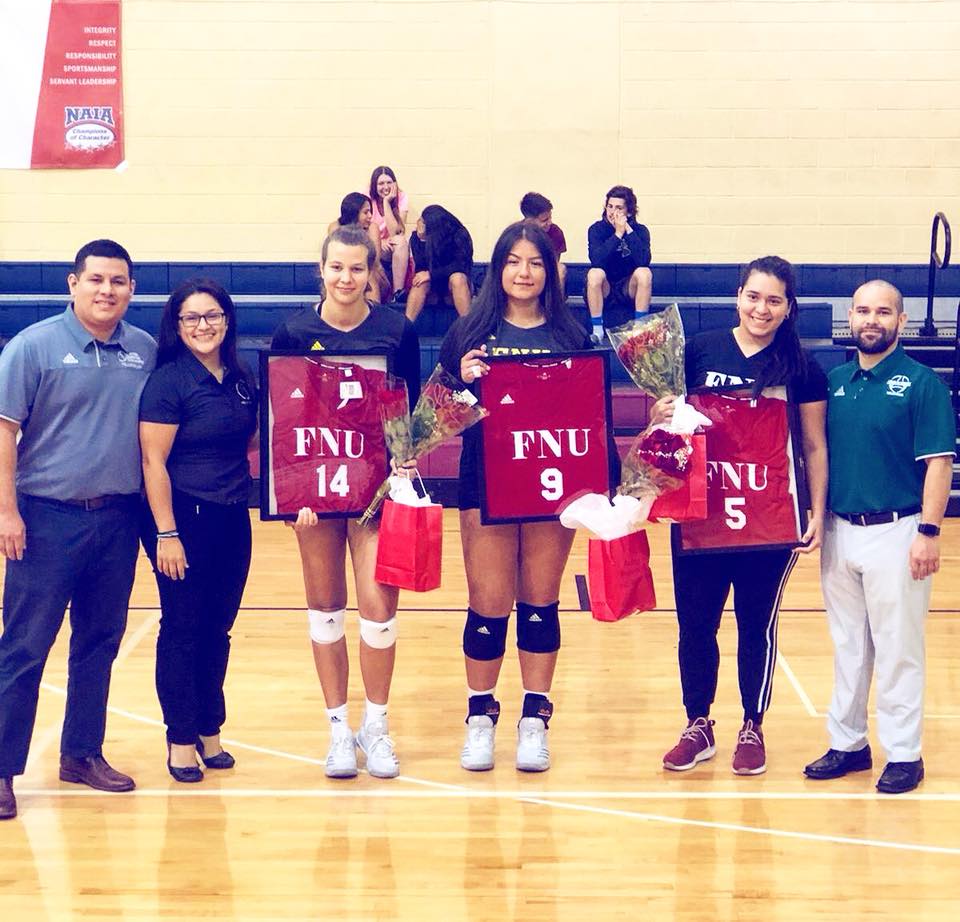 Our seniors Cinergi Rosas, Andrea Morales and our best player (according with stats) Ines Bawedin were recognized for their efforts on the FNU Women Volleyball team over the course of their careers. All three seniors were acknowledged by the FNU Volleyball coaching staff for their individual roles on the team and then given a bouquet of flowers and presents.

ON THE HORIZON: Lady Conquistadors will take on Keiser Sea hawks today at 7:00 PM on West Palm Beach, FL for the last game of the season on the road to National Championship.