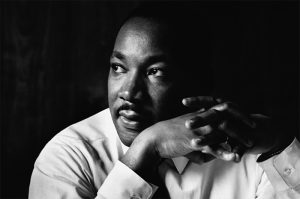 According to CBS News, 44% of the United States (US) population is part of the minority race. They further reported their findings referencing the US Census Report that 50% of Americans under the age of five are minorities. Ten years ago, that wasn’t the case. Then, only 33% represented the minority race. Historically speaking, non-minorities have made up approximately 80-90% of the US population. Many events can be attributed to how and why this number has changed so drastically over the years, but one contribution in particular is the acts of the Reverend Dr. Martin Luther King, Jr. (MLK).

Before the Rise of Dr. King

By the world’s standards of social traditions and customs, the US is a liberal country priding itself on equal opportunities and justice for all. As written in the US Constitution’s Declaration of Independence in 1776, “all men are created equal and independent” and “that from that equal creation they derive rights inherent and inalienable, among which are the preservation of life, liberty, and the pursuit of happiness.” However, for minorities living in the US back then, especially African American people, this did not apply.

From 1620 to 1865, African Americans were treated as chattel with disregard to human rights. After the abomination of slavery, black people still had to fight for equality. Thanks to the Jim Crow laws of segregations, black people were always reminded that somehow, they weren’t good enough to be treated like a human being. This was expressed through unfair civil treatment and also in the workforce with dissimilar pay wages.

Eventually, African Americans had finally reached their apex of being oppressed by such social injustices. Sparked by Rosa Parks, the Montgomery chapter’s secretary of the National Association for the Advancement of Colored People (NAACP), refusal to relinquish her seat at the front of the bus so a white man could sit down which resulted in jail time, Dr. King took the charge in a non-violent protest demanding equal rights for not only African Americans, but for all minorities everywhere. This led to the Montgomery Bus Boycott.

“Injustice anywhere is a threat to justice everywhere.” A Letter from a Birmingham Jail – MLK, 1963.

Dr. King understood that the unfair treatment toward one race could very well snowball in unequal treatment towards all minorities. As a result, many people of all races, including white that believed in civil rights for all, joined Dr. King in the movement.

One of the things that makes Dr. King such a respectable and historical figure is his ability to demonstrate a massive movement of oppressed people in a non-violent way despite the extremely and inhumane violent efforts to thwart him and his followers from pressing forward toward the goal of equality and civil rights for all.

The overall goal of the civil rights movement was to abolish racial discrimination, but it took a more tenacious effort to see to it that equal rights were exercised in all sectors of the US government that included public transportation, employment, voting, and education. History shows that it was a fight to achieve each victory that unfortunately demonstrated on a national platform the unfair treatment toward anyone willing to stand against such injustices.

In spite of the non-violent protest, policemen and vigilantes unsuccessfully tried to silence these peaceful demonstrations based on what they believed to have worked in the past, which was violence. This ill display of barbarianism only justified King’s efforts to continue his movement fueling those who truly believed in justice for all. With inspiring and encouraging speeches and sermons, Dr. King led his protests with sit-ins, boycotts, and non-violent marches.

Dr. King’s campaign was a huge success ending Jim Crow laws in public businesses and restaurants. Abolishing the Jim Crow laws was just a few of the major accomplishments that Dr. King contributed to humanity. His vision of equality and justice for all fueled many legislative acts to be passed. Here is a list of them:

This was historically the largest demonstration of peaceful protesting against racial discrimination and unfair treatment and wages against minorities. This rally took place in Washington DC with over 200,000 attendees. It turned out to be the largest gathering in DC at the time. This is where Dr. King delivered his iconic “I Have a Dream” speech.

This was the official banning of discrimination in employment and public accommodations that was based on race, color, religion, and/or national origin.

The Voting Rights Act gave every US citizen, no matter his or her race, the right to vote.

Immigration and Nationality Services Act of 1965

It used to be that immigration was based on a national-origins system. This act led to equal treatment of immigration regardless of race or nationality. It was no longer immigrants favored from traditional European countries who were allowed to into the US.

Soon after Dr. King’s assassination, the Civil Rights Act brought about the Fair Housing Act that prohibited the discrimination against race, religion, or gender for sales or rentals.

More to Fight For

The struggle for racial equality has come a long way over the years. So much that most people today do not fully understand the weight of responsibility and determination it took for Dr. King to trail blaze such endeavors. Even with his name being engraved into America as a national holiday, there are some that only know and understand what is only portrayed to them through windows of articles and feature presentations. Who Reverend Dr. Martin Luther King, Jr. is and what he has done for humanity can never be summarized accurately because even though he has passed away, his mission continues to live on as long as mankind exists.

The Man and His Legacy

The Reverend Dr. Martin Luther King, Jr. is much more than a martyr. He was an advocate of humanity, fighting and laying down his life for equal treatment of all human beings. Dr. King accomplished a lot, but there is much more to do. This can only be done with educating oneself about how to socially navigate through the society today.

“The end of violence or the aftermath of violence is bitterness. The aftermath of nonviolence is reconciliation and the creation of a beloved community. A boycott is never an end within itself. It is merely a means to awaken a sense of shame within the oppressor but the end is reconciliation, the end is redemption.” The Power of Non-violence – MLK, 1957

Informing You About the Past to Prepare You for the Future

Florida National University (FNU) is an accredited university located in the diverse metropolitan area of Miami, Florida. We are dedicated to providing our students educational and cultural programs that are intended to enrich their community. If you are interested in learning more about becoming an FNU student, view our campus program and contact our admissions department today!