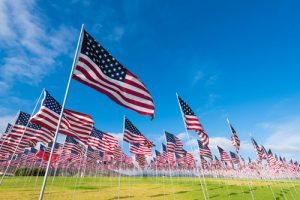 Sadly, Memorial Day might be looked at as just another holiday and a day off from work or school, for some people, but it’s so much more than that.

Memorial Day is a federal holiday that honors all of the soldiers who fought and died while serving in the armed forces. Originally it was recognized as Decoration Day after the American Civil War in 1868 when a group of veterans in Illinois dedicated that day to remember the fallen soldiers by decorating their graves with flowers.

When is Memorial Day?


Memorial Day is celebrated in the United States on the last Monday of May. Throughout the years, confederate holidays clashed as the southern states chose to honor their soldiers on different days and even months. Eventually, Congress composed the Uniform Monday Holiday Act in 1971 that cemented Memorial Day was to forever be recognized as a national holiday in the month of May.

While states and counties choose to recognize Memorial Day in their own way, the holiday is officially celebrated at Arlington National Cemetery every year where a small American flag is placed on every grave and the President or Vice President of the United States (US) solemnly sets a wreath on the Tomb of the Unknown Soldier.


The meaning of Memorial Day is deeply embedded in the families of the deceased as well as their communities. As we honor those fallen heroes by dedicating an entire day to remembering their great sacrifice, it is as equally important to remember why.

These soldiers gave their lives so that American citizens can have one. They fought to ensure that American citizens would retain the freedom and opportunity to live life with the liberty to pursue happiness. This idea is the glue that weaves the United States Declaration of Independence together. It encouraged people from other countries to come to America and drink abundantly from the cup of liberty. It’s a day to really stop and appreciate the reason you have the freedom to get an education and pursue the career of your dreams!


How Memorial Day Turned into a Traditional Holiday


While Memorial Day is basically recognized by adorning deceased soldiers’ tombstones, this tradition had been applied long before 1868, and can almost be considered an ancient practice. It had been said that widows had been decorating their husband’s grave as far back as 1862. However, it wasn’t until President Abraham Lincoln’s assassination in 1865 that this tradition began to turn into a holiday. President Lincoln’s life was forever to be remembered, and since he was associated with the civil war, it seemed only right to also recognize the lives of those who gave their lives. It was reported that approximately 600,000 soldiers fought in the Union and Confederate army and sacrificed their lives.


By the year 1865, there were numerous events going on to recognize patriotism and the federal government started creating national cemeteries to honor the fallen Union soldiers. As a result, the very first national Memorial Day that received a significant amount of media was really a big deal back then considering the limited amount of resources. Then it was still called Decoration Day and was recognized May 1, but didn’t actually become official until May 30, 1896 under Union General John A. Logan. Congress passed the bill on May 11 to change Decoration Day into Memorial Day.


During that process, the meaning of the observance holiday remained the same. In addition to decorating tombstones with flowers, people also lowered their flags at half-staff, participated in the national observance event in Arlington, and marched in parades.


One of the ways that FNU recognizes Memorial Day is honoring US Veterans and those in active duty with a reduced tuition rate. While Memorial Day is different from Veterans’ Day, FNU understands that all soldiers who have fought or are currently defending America’s Constitution deserve a certain level of respect. FNU encourages its students to take this time to recognize those who have sacrificed their lives for their freedom. It is more than just a day off. It’s a day of remembrance and appreciation.


FNU takes pride in educating its students about their constitutional freedom and encourages everyone to do what they can to honor the fallen soldiers who have fought and sacrificed so much. We’re also dedicated to teaching our students how to thrive in what they love to do. We provide a stellar curriculum of academic courses from liberal arts to science programs that will aid you in pursuing the career of your dreams.


Contact FNU to learn more about the type of classes we offer. We have three campuses throughout the South Florida area, one in Miami and two in Hialeah that are both near major highways and minutes away from Miami Beach and other attractions. To view a full list of our academic catalog, visit our online page here. Our admissions department can assist you with everything you need to get started on pursuing your college degree. So contact us today!