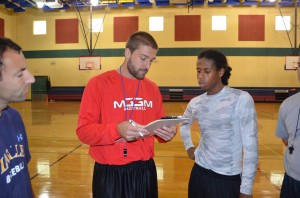 On Saturday, June 29th Coach Scott Schmidt held open tryouts for Florida National University’s Men’s Basketball Team at Bucky Dent Gym. Florida National University (FNU) will be using   Bucky Dent Gym as its home court facility during the team’s inaugural season. Coach Schmidt was very pleased with the turnout of 45 players. Based on the large turnout, Schmidt feels that FNU should be poised to have a very good first season.

After the first hour of tryouts, Coach Schmidt made a cut down to 18 players in order to dissect the individual talent he felt best fit his coaching style.   From there, 12 made the final cut, and Schmidt mixed and matched lineups to see how the players’ best handled different situations. 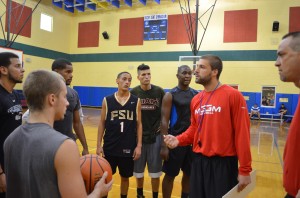 Coach Schmidt was joined by JJ Thatcher, a coaching acquaintance of Schmidt’s from Bradenton, FL., and Robert Donahue the Head Coach at Trinity Christian Academy from right here in Hialeah, FL., in order to help expedite the process of the tryouts.

“The 12 players we finished with I believe can all play at the next level.  It all comes down to what I feel our team needs to compete at a high level and be successful our first year.  I appreciate everyone coming out, working hard and showing support of FNU Athletics.  I look forward to a prosperous season.” said Schmidt. 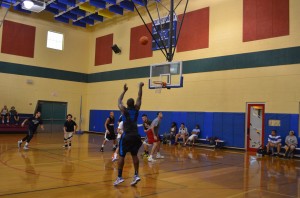