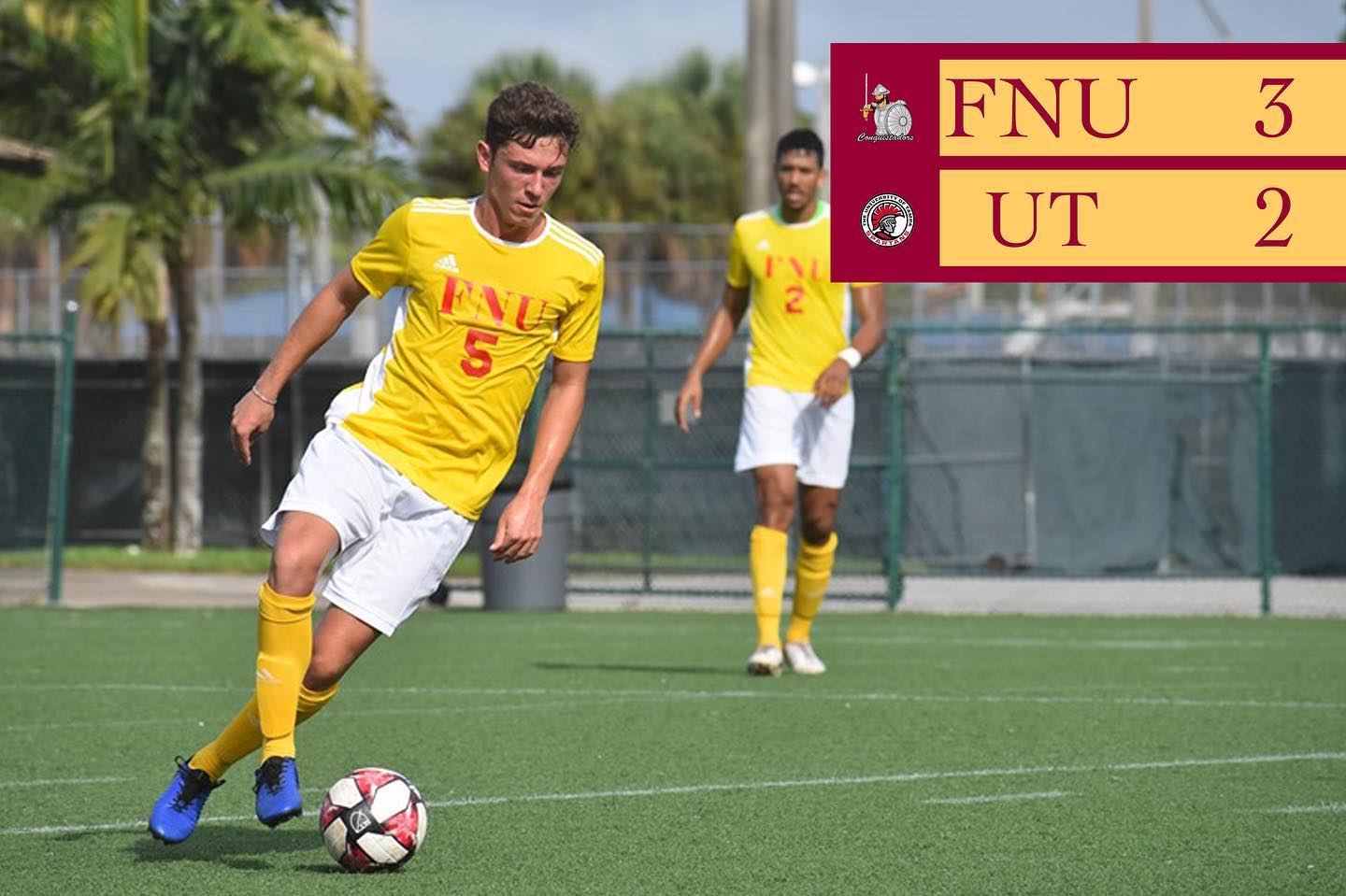 TAMPA, FL – Florida National University Men’s soccer team defeated  NCAA DII University of Tampa on the road on Tuesday night at 7:00 Pm. The match was played at the Pepin Stadium || Tampa, Fla. . With the win, FNU improves to 11-3-1 on the year while University of Tampa falls to 6-7-1 on the season.

The Conquistadors will now go to USCAA National Tournament. The tournament will be played between November 7th and 11th at Virginia Beach, VA.