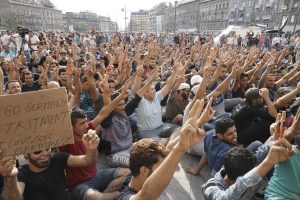 Many people may not even be aware that World Refugee Day exists, much less understand what it means and how it came to be.

On December 4, 2000, the United Nations (UN) General Assembly report embraced the resolution 55/76 that highlighted the importance of caring and aiding refugees. It declared that June 20 would be reserved as World Refugee Day. The resolution states 8 key points that reflect the UN’s stand on such matters, explaining why they chose to recognize this day.

The document reiterates that as a United Nation, it will commend, pay tribute, reaffirm its support, and continue to recognize those who are working toward the efforts of their mission by noting the 50th anniversary of the 1951 Convention for the Status of Refugees while also noting African unity, declaring that Africa Refugee Day will share this same date of recognition.

“Refugees are people like anyone else, like you and me. They led ordinary lives before becoming displaced, and their biggest dream is to be able to live normally again. On this World Refugee Day, let us recall our common humanity, celebrate tolerance and diversity and open our hearts to refugees everywhere.” Ban Ki-moon, Secretary General of the United Nations

According to the 55/76 Resolution, the 8 Key Points are as follows:

What You Can Do to Celebrate World Refugee Day

World Refugee Day is celebrated with the UN and several civic groups and organizations gathering together to raise awareness to reportedly millions of refugees all over the world who have been forced to leave their homes due to the account of war, or some type of civil or governmental conflict.

If you want to recognize World Refugee Day, it doesn’t take fireworks or anything spectacular. You don’t have to be an international traveler or go beyond the state boundaries to observe this day either. In fact, you don’t even have to wait until June 20!

World Refugee Day is about equality. No matter where we live across the globe, no matter what our cultural practices and traditions are, mankind has the responsibility to sustain our livelihood. Raising awareness for refugees can reflect this, whether it’s done publicly or privately in everyday acts of kindness.

Florida National University (FNU) encourages you to make a positive difference in the world, not just on World Refugee Day, but everyday. This can be done by just a simple click of your computer button or smartphone. By sharing information about World Refugee Day, what it is, and how you can participate in supporting its efforts, you have already made a difference simply by informing those who might not have been aware that World Refugee Day exists and that they can do something about it.

Information is key, and educating those about social issues is even more powerful.

FNU realizes that the classroom is not just within four walls. That’s why we go beyond teaching you the required skills within your academic curriculum. As an accredited university, we prepare you to not only enter the workforce so that you can perform to the best of your abilities, we also prepare you to be more socially aware so that you can work alongside your colleagues with respect and appreciation for one another’s culture.


FNU is located in South Florida with campuses in the Miami and Hialeah area. To learn about our accredited curriculum of degree programs, visit our webpage here. If you’d like to schedule a consultation with one of our admissions counselors, contact us today.