Let’s face it; there are two types of people in this world. Those who get social media, and those who don’t. There are many who will argue that this division is generational. I disagree. I turned 40 this year, and by traditional standards I fall outside the “digital millennial” generation. 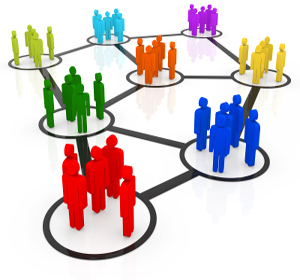 According to conventional wisdom (as reported in BizWorld), I should not be an online “native.” My interaction to the internet should be limited to online banking, shopping, and exchanging email. This is far from the truth.

Some people view the internet as a tool. It is something to be accessed, utilized and then exited. For these people, the internet is a strip mall. You show up, consume, and leave. Then there are the rest of us. For us, the internet is a worm whole in the space/time continuum. We are here and there at the same time. We are generally connected 24/7. We not only take. We contribute; and not merely for commercial reasons. We contribute to connect with a rapidly evolving community of people who just get “it.”

So what is “it?” That is the question asked by those who don’t get “it.” They are desperate for the answer. They want to connect with people like us. So they study us, and try to mimic us, and many of them fail miserably. Why? Because we can smell a rat.

In the early days of online social interaction (when it was limited to chat rooms and instant messaging), there was a romantic comedy called “You’ve Got Mail.” In this movie, the lead male, Joe Fox (played by Tom Hanks) makes an insightful comment about the rapidly expanding brand Starbucks:

“The whole purpose of places like Starbucks is for people with no decision-making ability whatsoever to make six decisions just to buy one cup of coffee. Short, tall, light, dark, caf, decaf, low-fat, non-fat, etc. So people who don’t know what the hell they’re doing or who on earth they are can, for only $2.95, get not just a cup of coffee but an
absolutely defining sense of self: Tall. Decaf. Cappuccino.”

That, dear readers, is the essence of social media. It is not only the place where we interact, it is the place where we self define. Do you relate to the new Nicki Minaj song? Post it. Does the new Pitbull song make you want to dance? Post it. Did that lol cat make you . . . well . . . lol? Post it. Did that quote inspire you? Post it. Is your latest accomplishment on video? Post it. Appreciate the service at your local coffee shop? Give them a shout out by posting it. Do you really like something (a brand, a movie, an athlete)? Well there is a button for that too. Post it!

For those who don’t get “it,” social media is a bizarre world of over-sharing. Don’t they realize EVERYONE can see that? Well of course we do. Did you realize when you walked out of the house that those socks didn’t really match? I mean let’s face it; we are all “sharing” who we are all the time; whether it is genuine or not. That brings us back to the rats.

Many people who just don’t get “it”, try to infiltrate our world with fake profiles (and by “fake” I mean everything from creating a bogus identity to a desperate brand disingenuously attempting to appear hip). Here is where I would like to give you a little time saving advice, don’t do that. People can sense artificial connections, even when they are online. We have all met that person who tries a little too hard to fit in. It’s really awkward isn’t it? People will only really buy into connections that will benefit them.

Did your physics teacher just try to friend you on facebook? Perhaps you really admire that teacher, so you accept and you look forward to truly connecting. Perhaps you could care less about connecting with this individual, but you believe the decision to accept or not accept might affect your relationship in the classroom (oh it will!) and ultimately your grade, so you accept, but limit their access. You might even have two profiles (like I do), one where you “park” all the people who are searching for you, and one where you let it all hang out. (Yeah, I know, my little secret is not a secret anymore, is it? But then again, it was never a secret to those who get “it.”) Just because you are connected, doesn’t mean you are “connected.”