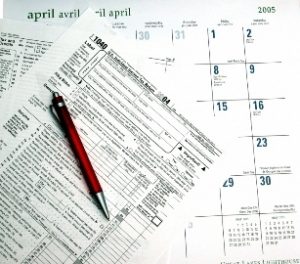 Along with a new year come taxes. In January, all students, employees, and philanthropists receive tax information in order to complete their taxes by April. One may notice that, from year to year, taxes are not the same. Without a change in pay, workers often expect that they will receive the same refund from the Internal Revenue Service (IRS) as they received in the previous year. This, however, is not the case. Tax code changes seem to be an inevitable, missing piece of America’s revenue puzzle.

Changes, reformations, and alterations come each year, yet there are still arguments on either side supporting or negating these changes. Florida National University (FNU) took a deeper look at tax code changes and what they will mean for workers while also detailing what information future accountants and bookkeepers might need to know:

What are Tax Codes?

First of all, many students—and even some employees—might not be familiar with the term “tax code.” The Business Dictionary identifies a tax code as, “Official regulations provided by the Internal Revenue Service and enforced on American citizens. Tax codes provide strict guidelines and rules that must be met in terms of taxation. These rules change from year to year and are published by the IRS in various booklets and on their website” (Business Dictionary). Tax codes are the taxing regulations that vary annually, changing the rates and means by which citizens are taxed on each tax season.

There are numerous reasons why a tax code might change. One example is the Affordable Care Act from 2013. This Act, nicknamed “Obamacare,” enabled American citizens access to public healthcare, regardless of whether they are employed and regardless of whether their job offers coverage. However, by offering insurance to all Americans, this means that all citizens, who are employed must pay enough taxes to cover a portion of the costs associated with mass healthcare coverage—and, along with that comes a tax code change.

Another recent initiative set to change the tax code is the Hamilton Project. This project is a policy initiative from the Brookings Institute, which was started due to a wealthy man named Warren Buffett. Buffett noticed that his secretary was paying more taxes than he was, even as a billionaire. Witnessing this prompted action in Buffet, and the Hamilton Project was born: this proposal hopes to change the tax code and bring about greater income equality, lowering the economic gap in the U.S.

United States’ President, Barack Obama, has called on Congress to enact a tax reform, in an attempt to balance out unfair taxation in the States. According to the White House’s governmental website, these are the President’s goals:

Whether or not all of these goals are accomplished before the end of this presidency, it is clear that the White House has paid close attention to tax codes.

The year 2015 is set to see several changes, as well. Here is a tax code change that students need to look out for:

This information is critical for many students. According to tax expert Kristen Shaw, “Pell Grants can now be allocated as living expenses, up to the full amount of actual living expenses—even if a student’s college actually applied the Pell Grant to his tuition and fees. The amount will then count as taxable income, but it might be worth it to maximize the education credit. This complexity affects almost 9 million students” (Shaw). In other words, a student’s Pell Grant can now count as part of their taxable income, meaning that it can be taxes. Therefore, an individual might owe more or be owed more when taxes are calculated. Pay close attention to this in 2015.

This is just one of many tax code changes that will be introduced to Americans in 2015. Accounting students, it’s time to stay on top of these alterations! It is crucial for accounting students to stay on top of this change, as these individuals have the opportunity to deal with bookkeeping and taxes for businesses and corporations when they enter the job market. Being aware of all changes is crucial.

If you are hoping to pursue a career in accounting, tax preparation, or auditing, consider studying in one of FNU’s accounting programs; both bachelor’s and associate’s degree programs are available. Thinking about another program? Review FNU’s list of programs, and apply today!