Does being involved in college sports really help you get good grades? 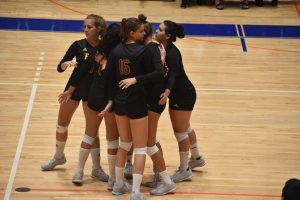 Let’s take a look a what a local professional sports franchise thinks:

In June 2019, a report published by Sports Illustrated spelled trouble for the Miami Dolphins just a couple of months before the beginning of the season. The Dolphins still hold the record of being the only team in the National Football League with a perfect season; in 1972, they won all 17 games including the Super Bowl against the Washington Redskins, but that seems like a very long time ago. The reality for the Dolphins in 2019 is that they lack star power, but they have a nice mix of well-educated individuals in charge of management, coaching, and playmaking; for this reason, football analysts believe that Miami is a team to watch in 2020. General manager Chris Grier earned a journalism degree from Amherst, coach Brian Flores is a Boston College graduate, and veteran quarterback Ryan Fitzpatrick is a Harvard-trained economist who teaches classes on solving Rubik’s cube puzzles in record time.

Packing the roster with academic overachievers is something that the Dolphins are known for. In the past, their lineup has included players such as Jason Garrett, a Princeton graduate, and Archie Roberts, a Colgate graduate who became a notable cardiovascular surgeon after his NFL career. The Dolphins are also known for their outreach to public schools across South Florida, and they routinely make substantial donations to academic programs. All in all, the Dolphins believe that sports and academics go together.

Studies have consistently demonstrated that physically active people are not only healthier but also perform better on tests of cerebral or intellectual ability. Some studies even indicate that the results can be expedient; even a quick 5-minute walk can yield immediate results. Most studies show that the more exercise students get, the more proficient their mental faculties and cerebral performance can become.

When it comes to evaluating college students who are also serious athletes, the picture is somewhat more complicated. When these high-level athletes stay in shape, attend practices, travel to meets or games, and manage to fulfill all the requirements of other college students, things can get tricky, and the measure of academic performance can no longer be just a grade on a single exam.

While some college athletes experience difficulty balancing their athletic commitments with academics, many students actually find that the high degree of organization required to accomplish both can push them to be highly successful in both areas.

In general, it has been scientifically demonstrated time and again that physical exercise is tightly correlated with mental acuity. A 2010 Washington Post article mentioned the work of John J. Ratey, a Harvard University psychiatrist who synthesized volumes of research for his 2008 book Spark: The Revolutionary New Science of Exercise and the Brain. In his book, Ratey describes taking MRI scans of the brains of sedentary people who have suddenly improved their fitness levels; the scans show increased volume in the hippocampus and frontal and temporal lobes, the regions of the brain associated with cognitive functioning. The hippocampus, in particular, is associated with memory and learning.

Moreover, a BBC article cited a longitudinal study conducted among 5,000 children and adolescents. The study found links strong links between exercise and exam success in English, math, and science. The increase in academic performance was estimated to start after 17 minutes of exercise performed by boys; in the case of girls, the increase was detected after 12 minutes. The study was carried out by the universities of Strathclyde and Dundee, and found physical activity particularly beneficial to girls’ performance at science; the authors said this could be a chance finding, but it may also reflect gender differences in the impact of physical activity on the brain. Overall, children who exercise regularly are proven to be more academically inclined between the ages of 11 to 16. Dr. Josie Booth of Dundee University explained: “Physical activity is more than just important for your physical health. There are other benefits and that is something that should be especially important to parents, policy-makers, and people involved in education.”

A 2010 report published by the Centers for Disease Control and Prevention (CDC) of the United States Department of Health and Human Services explained that across 50 studies undertaken on the subject of physical activity and academic performance, there were a total of 251 associations between physical activity and academic performance, which represented measures of academic achievement, academic behavior, and cognitive skills and attitudes.

In the studies examined by the CDC report, “increased time in physical education appears to have a positive relationship or no relationship with academic achievement. Increased time in physical education does not appear to have a negative relationship with academic achievement. Eleven of the 14 studies found one or more positive associations between school-based physical education and indicators of academic performance; the remaining three studies found no significant associations.” It is important to note that most of the scientific literature on the link between sports or physical exercise and performance in academic settings are in reference to children and adolescents. However, for people of all ages, the overall connection between keeping the body in shape and the brain in good shape cannot be denied.

While universities across the country offer a large number of collegiate sports for students, only a handful get wide recognition. In the world of big-business sports, mostly football and basketball, college athletes who sometimes have difficulty making the academic cut tend to make scandalous headlines. For this reason, sometimes sports have gotten a bad rap as a negative factor in college academic performance, but this may be an unrelated issue; mediocre grades may simply reflect those students’ sharper focus on excelling in sports than in academic, which is not surprising in sports that offer the possibility of professional recruitment after college. 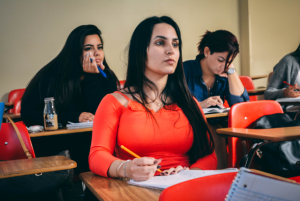 The Global Post remarks that although student-athletes’ performance can vary by sport, with the athletes in the most competitive and popular sports tending to exhibit lower academic performance, gender also plays a role (4). Female athletes consistently outperform both male athletes and male non-athletes, says the piece, citing an article in The New York Times. Worth noting too is that even women recruited specifically for their athletic prowess earn high marks, with average GPAs just .06 points behind female non-athletes, suggesting that the mere fact of participating in elite-level college athletics may bear little relationship to academic success.

Grades and GPA averages are not always the only measure of academic success. Many college athletes work hard to find a balance between their responsibilities. While some students may not have personal responsibilities, athletics, or the need to earn a living outside their studies and post straight A’s, other students may have any or all of these other responsibilities and yet manage to post 3.9 GPAs throughout college. With all those responsibilities outside the classroom, no one could deny that 3.9 to be an impressive achievement. In short, while there are no comprehensive data that compare student-athletes’ grades to those of their non-athlete peers, it is clear that the difference really comes down to personal drive, determination, and ability to organize and balance. 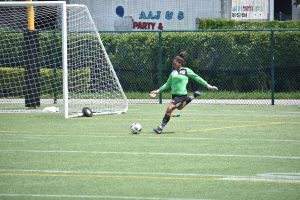 The athletics department at Florida National University, a fully accredited private college serving the South Florida community, started in 2013 under the National Association of Intercollegiate Athletics and the United States Collegiate Athletic Association conferences. Since then, FNU has earned three national championships in men’s soccer and two in women’s volleyball. Some of our academic programs can be combined with athletics scholarships, and we offer financial assistance to qualified students. We believe in providing equitable opportunities to all college athletes at the varsity and intercollegiate levels, and some of our undergraduate and graduate degree programs can be completed online for the benefit of students who need to balance work and family schedules. For more information on our athletics program, contact one of our admissions advisers.

Getting Some Exercise Means Getting More Done

Ultimately, countless health benefits are brought on by physical activity. Whether it is devotion to practicing an individual sport, team sports, pick-up games, weekend trips to the gym, or daily walks around the block, we can take care of our bodies and let our minds follow positive patterns of achievement.

What Prospective and Current Students Can Expect at FNU

At FNU we believe in setting our students up for lifetime success through various means. Our main goal is to provide students with exemplary experience in athletics and academics. Learn more about all our athletics programs by getting in touch with our admissions counselors today.

This is what it’s all about: creating a better community for the future. Over the weekend, thanks to the help and leadership of our Corporate Education Liaison Carlos, FNU teamed up with West Kendall Soccer to provide a soccer clinic for local kids ⚽️

A post shared by Florida National University (@floridanationaluniversity) on Aug 15, 2018 at 10:48am PDT