FNUJobsTop 7 Jobs You Can Get with a Criminal Justice Degree

There was a time when enrolling in a criminal justice degree program was almost exclusively by an individual seeking entry into police academies. In South Florida, this trend lasted from the 1980s until the end of the 20th century when law enforcement agencies were flooded with applications, possibly prompted by a flurry of films and television series depicting the lives and times of police officers.

Times have changed and many criminal justice students are aiming for different careers outside of the police force. Case in point, Florida National University graduates with a Bachelor of Science Criminal Justice degree (whether online or on-campus) are being offered multiple job offers, including federal positions, corrections, and counseling. 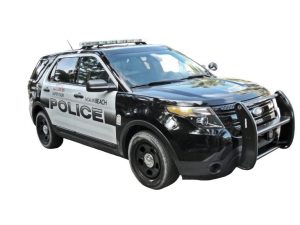 Demand for police officers is expected to grow by 7% through 2026, with an average annual salary of $62,960 reported by the Bureau of Labor Statistics. Police officers are on the front line of the US criminal justice system, working not just to apprehend criminals but to prevent crime through community outreach and visible presence efforts.

Times have changed in South Florida and now regional police academies often go through recruiting droughts that prompt them to consider candidates who may not or may not have completed a criminal justice degree. Therefore, is it worth it to get a degree?

The reality of law enforcement is that individuals who study criminal justice are still favored by police departments because it identifies candidates who will possess basic fundamental criminal justice terminologies, such as reasonable doubt, probable cause and other factors relevant to the adversarial legal system of the United States.

While an applicant might be accepted into a police officer academy without a degree, an associate’s degree in criminal justice will give your application more strength in a desirable county. It will simply offer you more options.

Here’s another reality about criminal justice degrees: not everyone who completes them will get into a law enforcement academy or government jobs, from count to federal.

So, if you do not get into an academy or something happens down the line, your bachelor’s degree will support you. Let us say you get injured or become ill while going through the academy; if you are determined unfit to continue the program, your degree could be useful to determine your chances of returning to officer’s boot camp or can save you a desk job. Overall, this is a demanding and fast-paced career with personal and professional growth opportunities.

According to the Bureau of Labor Statistics, the 2017 median wage for probation officers was $51,410 per year, with 6% job growth expected through 2026. Probation officers monitor parolees released from the corrections system to ensure that they abide by the terms of their probation while assisting parolees with adjusting to life after release using specialized treatment techniques. A probation officer is typically assigned a caseload of parolees, with whom they interact at the parolees’ homes and places of work as well as at the office. This gives probation officers the opportunity to make a positive difference in the lives of others. Those interested in the criminal justice system or social work may find a career as a probation officer to be very rewarding.

Personal and commercial security is big business in Miami and across South Florida, and this is not limited to the uniformed security guards you see posted at various establishments, such as banks, auto dealerships, and shopping centers. Private security specialists are often military veterans, former police officers, and criminal justice graduates who receive paid, specialized training for lucrative positions, such as executive protection provider, gaming security coordinator, surveillance systems manager, safety supervisor and others. The U.S. Bureau of Labor Statistics estimates that the private security field will grow by 6 percent between now and 2026, and you could earn a starting salary of about $54,000 if you are selected to a specialized training program by virtue of your FNU bachelor degree.

An unfortunate fact about South Florida is that this is a region known for Medicare fraud. According to a recent report issued by the Department of Justice, $340 million worth of fraudulent Medicare claims were submitted by 125 suspects in South Florida during 2018 – and these are just the major cases! Smaller healthcare fraud claims are constantly looked into by special investigators hired by private insurance companies. As a fraud investigator you can work in your field, whether it is:

Fraud investigators tend to have a degree and experience in their specialization, so they are known their area in and out. A criminal justice degree can serve to enhance your qualifications and understanding of the law and criminal activity in such a fraud investigation post.

If you are undecided between a law/paralegal and criminal justice programs offered by FNU, contact our career advisers to learn more about the courses since some of them overlap. Or read up on Paralegal Studies as the First Step Towards Your Law Career. 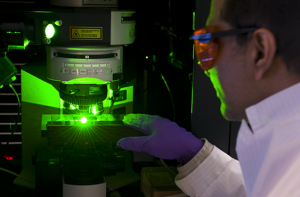 This position can be found in both the public and private sectors; depending on your field of specialty, you may even wear a badge and uniform, but you will be assigned to cases instead of patrol routes.

Forensics is a science, which in criminal justice is often employed for the purpose of advancing a court case or at the behest of prosecutors and is purely investigative. You may start off with crime scenes if you work for a police department, but the higher salaries are earned by those who make information technology and white-collar crime their specialties.

Forensics investigators are always in high demand; in fact, quite a few are recruited from the police force before they leave for more lucrative careers in private security. In this career, adherence to the legal procedure as determined by the state bar is more important than being a skilled detective.

The “science” part of preparatory courses for this field can include:

See a chart of the highest paying jobs in the criminal justice field and how to move up with your degree.

An emerging career parallel to that of a Foresenics Investigator is a Computer Forensics Investigators or specialists combine the specialties of forensic science, computer science, and criminal investigation. Computer forensics investigators reconstruct data and activities on electronic media rather than on crime scenes because as technology moves forward crime is being committed more frequently with computers and electronic devices. Criminals may try to destroy electronic evidence by deleting it, hiding it, or even physically destroying it, which is where computer forensics investigators come in. These highly trained individuals use advanced data extraction techniques to piece together information that criminals hoped was lost, and may be called on in court to present their findings.

Email never managed to kill the U.S. Postal Service, an institution that is highly ingrained in the fabric of both American life and crime. Postal inspectors are tasked with investigating not only suspicious packages but also the often byzantine world of the USPS, where highly sophisticated crimes often develop internally. You will need a bachelor’s degree, preferably in criminal justice, to apply for a spot at the Postal Inspection Service Career Development academy in Maryland.

FBI agents have a multitude of responsibilities, but for this reason, many FBI agents specialize in one area of law enforcement after graduating from new agent training. The new agent training is extremely rigorous, including academics, case exercises, firearms training, and operations. After training, FBI agents may work against terrorism, cybercrime, civil rights violations, public corruption, organized crime, violent crime, or major thefts, following each step from investigation to sentencing of a criminal.

In order to become an FBI agent, applicants must have a four-year degree by an accredited institution.

Special agents for the Central Intelligence Agency (CIA) help the federal government investigate violations of the law all over the world. CIA agents put their lives at risk in service to their department and community, but are more often called upon to do so covertly. This risk contributes to the high salary of CIA special agents ($74,872 and $136,770).

Many agents are based in Washington, DC, where CIA headquarters is located, but they may be based in satellite offices or abroad. CIA agents collaborate with other law enforcement agencies on a regular basis by bringing a special mix of skills acquired in CIA training to the table.

Those interested in becoming a CIA agent are encouraged to obtain a bachelor’s degree in a field related to law, forensics, language, or criminal justice, and acquire at least five years of experience in investigation.

Drug Enforcement Administration agents work for the US Justice Department to enforce the drug laws of the United States. Salaries for DEA agents depend on education and experience, but typically a starting salary is $49,746 which can increase to $92,592 in a short time of working in the field.

DEA agents investigate, track, arrest, and dismantle drug traffickers and their organizations through overt and covert operations. To excel in the competitive application process, the DEA recommends that applicants have a bachelor’s degree with a focus in criminal justice, police science, or foreign languages, although other bachelor’s degrees can also help applicants succeed.

Successful applicants receive 18 weeks of Basic Agent Training at the DEA Training Academy and may receive other ongoing training opportunities. DEA agents must also be in excellent physical condition.

At FNU, it is very common to find students who are military veterans enrolling in the criminal justice program. These individuals are seeking a fast track career into the job market, which includes: Florida Highway Patrol, corrections, or police academies. These students are taking advantage of their G.I. Bill or active duty benefits to make their dreams come true. FNU offers tuition incentives for military veterans, active military personnel and their families, and government employees (county, state, and federal).

If this is your case, send an email to our On-Line Student Admissions and speak with our admissions counselors to see if a criminal justice degree is a right program for your future.

FNU is a fully accredited degree-granting institution that offers the flexibility of online education along with a full campus experience at our Hialeah and southwest Miami locations.

Criminal justice is one of our degree programs that can be fully completed online for the benefit of students who are also working adults.