On Friday December 9, 2016 the men’s soccer team held their end of the year team dinner and came together to commemorate the players that were picked for the All Tournament team and the All American team. 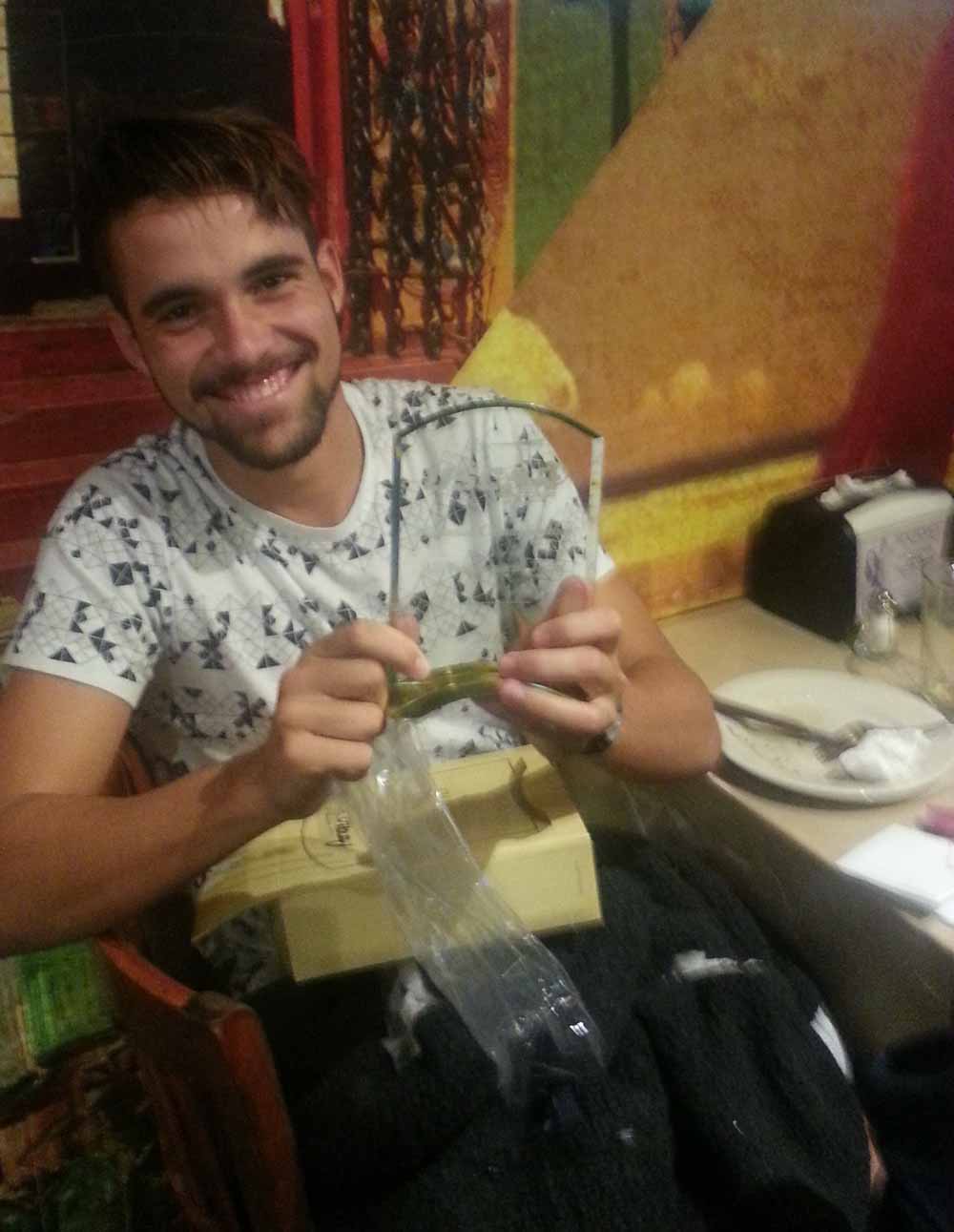 We came together this day to celebrate the holidays, friendship, our success and struggles on and off the field for this past season. The dinner took a life of its own. 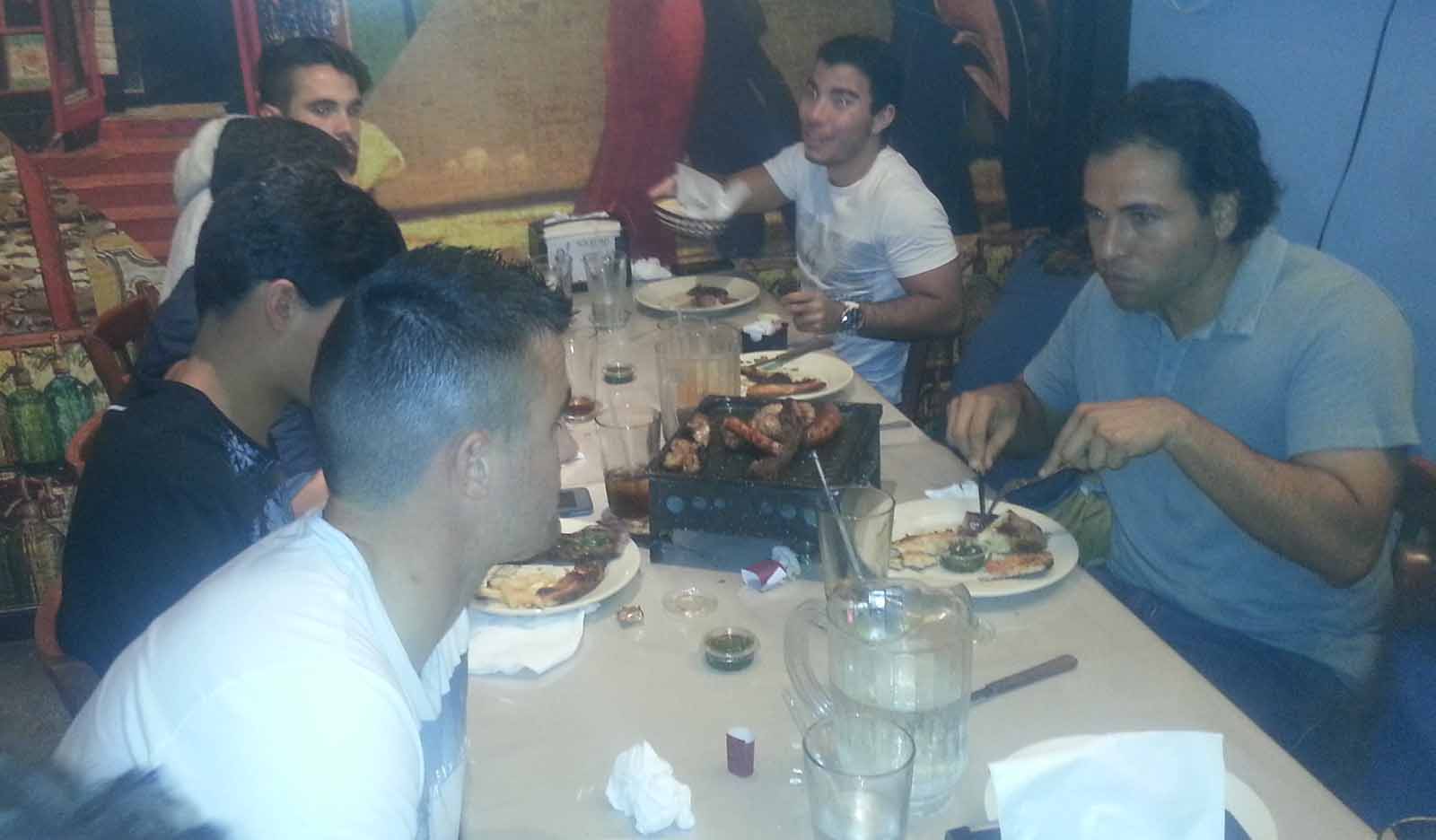 Coach Valenzuela said “ I than 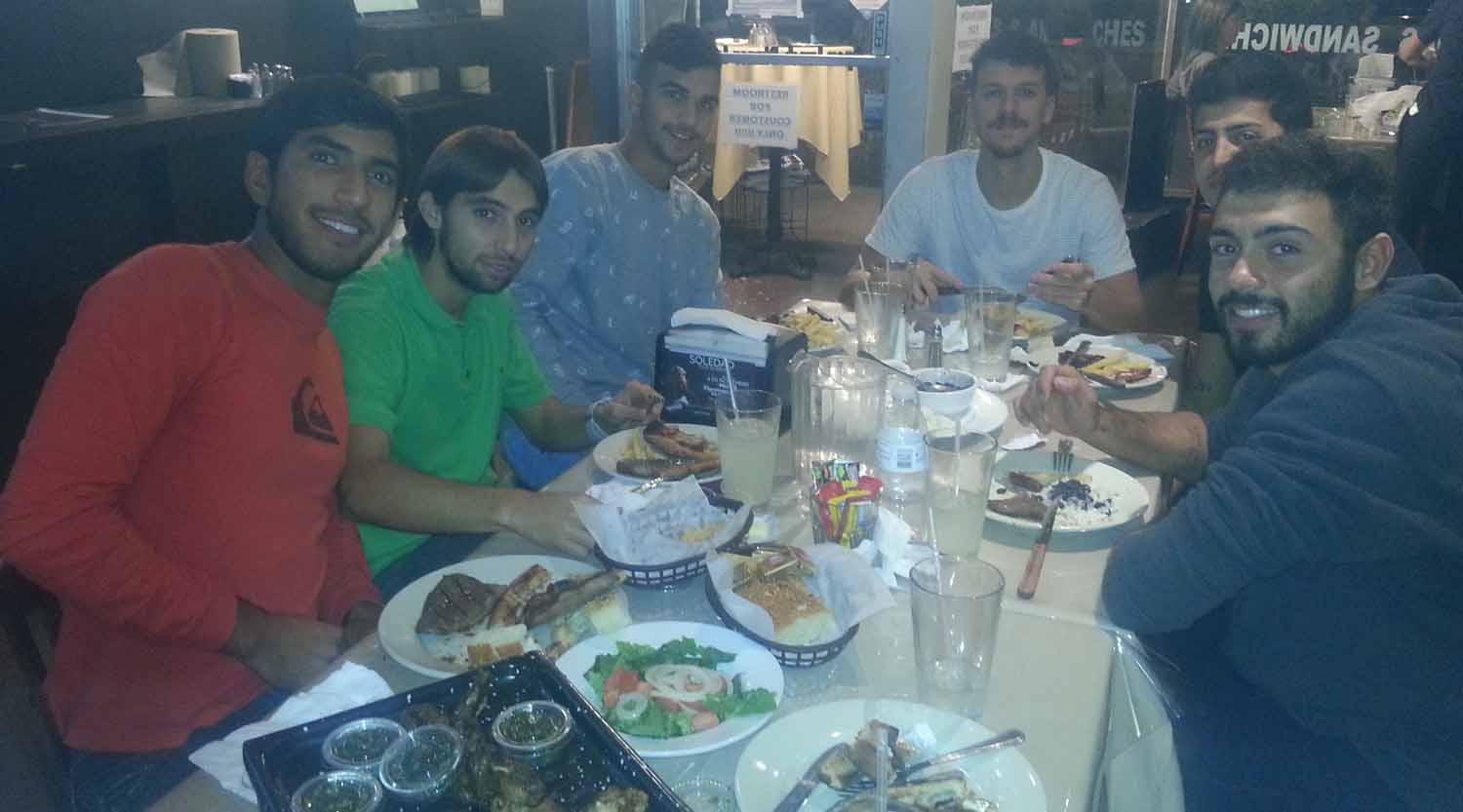 k you all for sharing this day with us my family and my coaching staff” He also said “ as I came into this new program this year my struggle was your struggle.  My triumph was your triumph.  But I always found hope, found expression in everyone’s attitude towards the game and life and this is why we knew from the beginning that this was going to be a good year. It is hard to explain what I feel and how I feel about our team in order to capture in words but the essential truth of this team is that these boys became men, they became leaders. In their daily lives they say we not I… they share the credit… they don’t take the credit… they resolve the problem… they don’t blame others for the problem… they generate enthusiasm at every moment, even at the lowest of points. This is why these guys are CHAMPIONS in my eyes and in my heart. I am proud of this team, Happy Holidays and a Happy New Year” 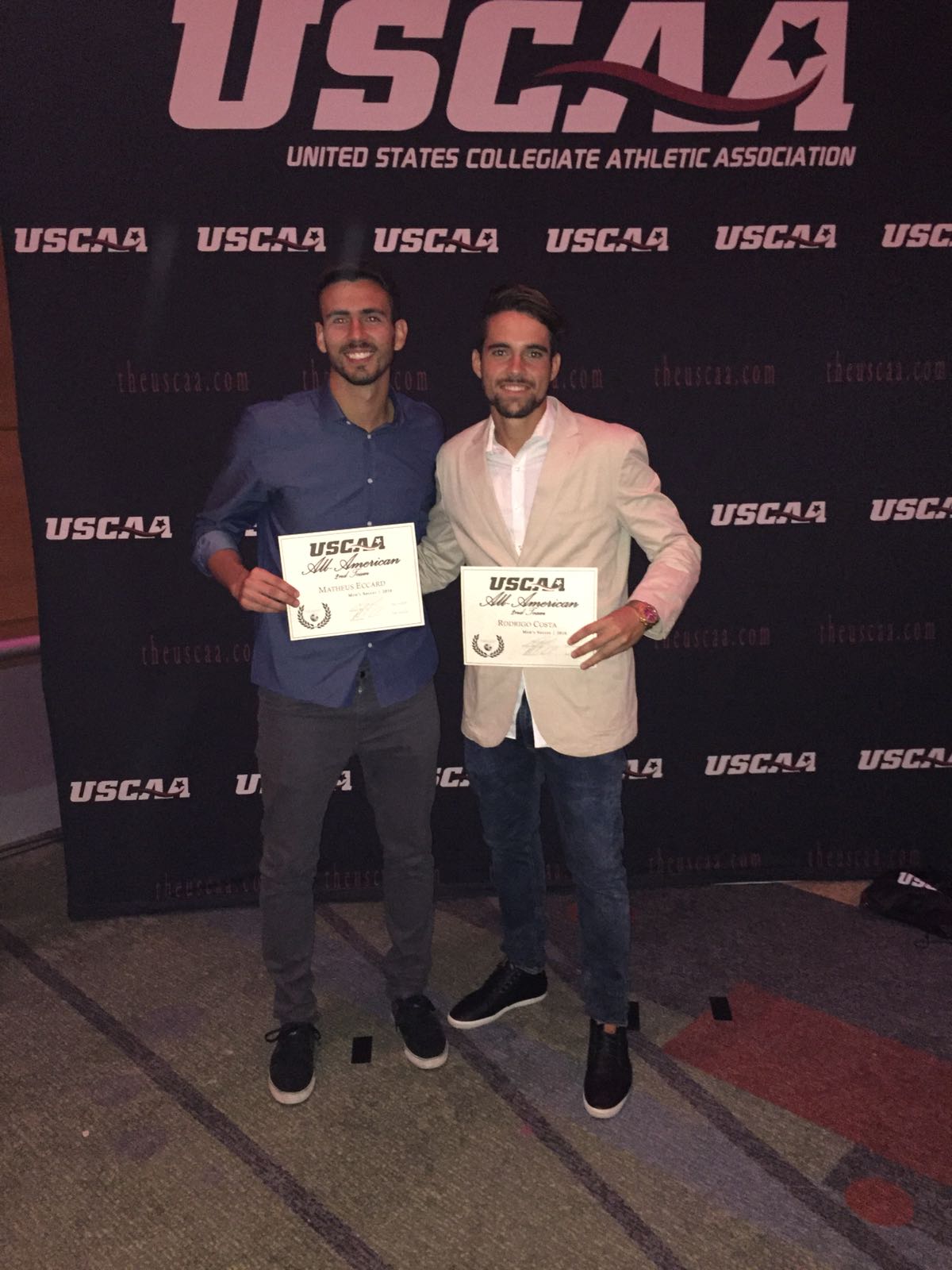 We ate, we laughed, we talked and we look forward to the future. We congratulated Pedro Veiga and Nicolas Micoli for being picked to the All Tournament Team and Rodrigo Costa and Matheus Eccard for having been picked for the USCAA All American Team 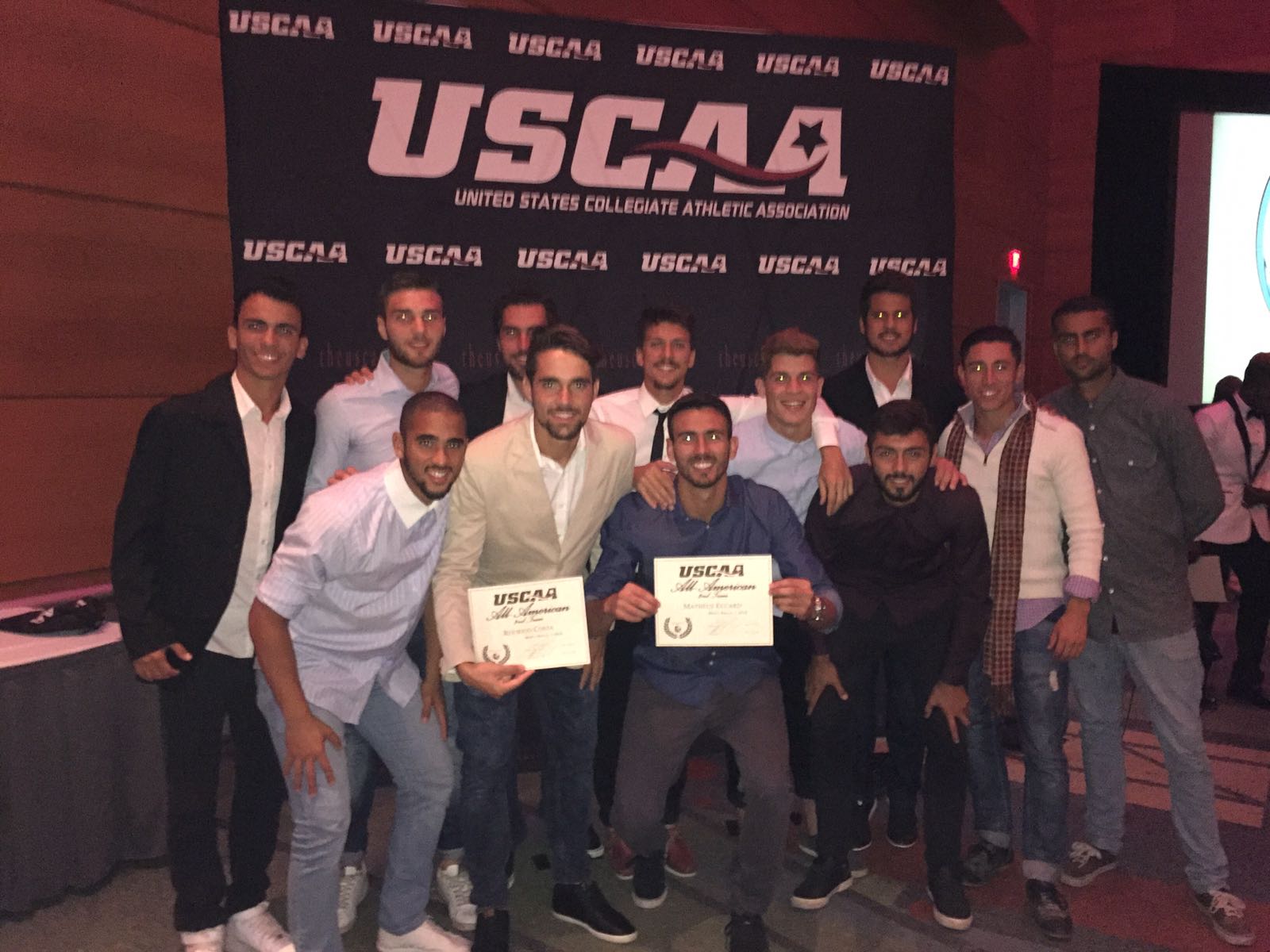 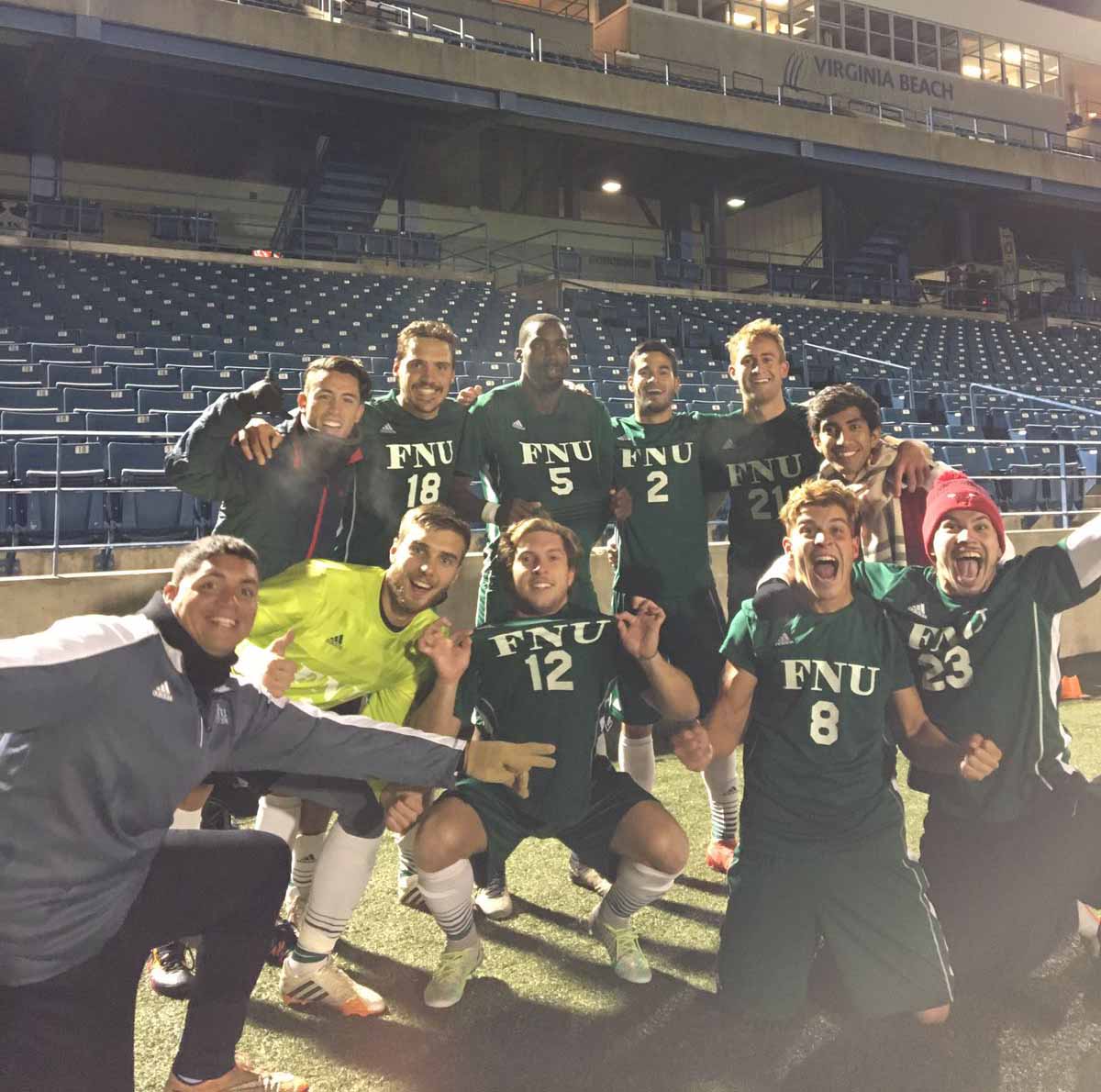 Coaches this Spring of 2017 will be in full swing of recruiting for the upcoming season for the Men’s soccer team but more excitingly a new Women’s Soccer program will start and this team will be commencing their first season of play in the Fall of August 2017. Go LADY’s Conquistador!