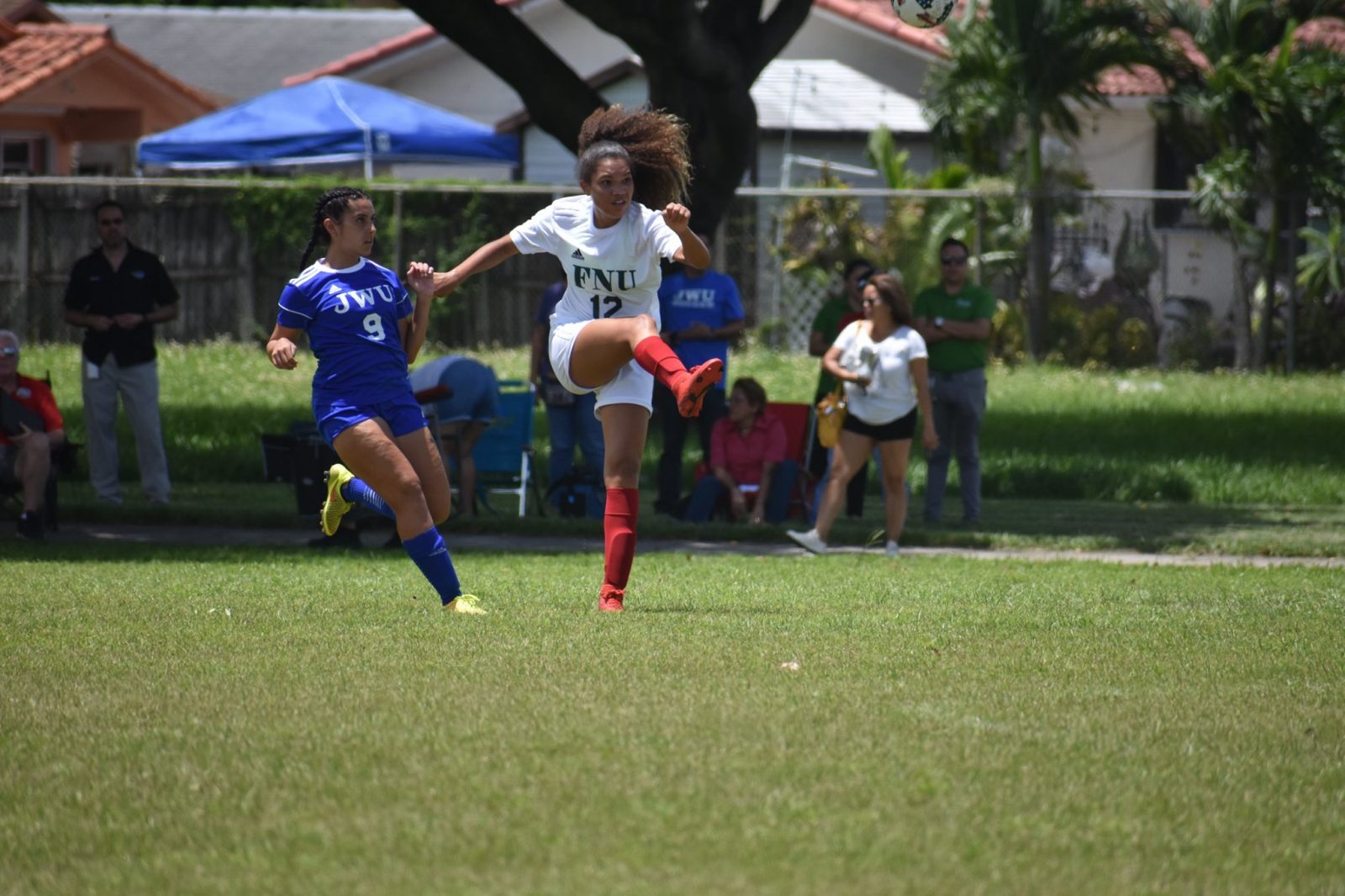 HIALEAH, FL. – Florida National University women’s soccer team suffered its first loss of the season on Tuesday afternoon falling to Johnson and Wales University.  The match was FNU’s and JWU’s season opener. With the loss, FNU falls to 0-1-0 on the year while Johnson and Wales improves to 1-0-0.

FNU took an early 1-0 lead after a ninth-minute goal by Freshman Dominique Mosley assisted by Jurema Magalhaes. In the end of the first half, Savannah Jackson notched the first of her four goals in the game in the 44th minute. Set up by freshman Brazil Clark, the goal made the match even at 1-all heading into halftime.

Coming out of the break Jackson and the Wildcats were not finished lighting up the scoreboard. In the 48th minute, Sophomore Mariah Zayas was credited with the assist on the play. Jackson netted goal number three in the 57th minute, giving JWU a 3-1 lead.

Two minutes later, Jackson made Johnson and Wales’s history with her career-best fourth goal of the Game. Assisted by Ashlyn Hannus, Jackson gave the Wildcats a 4-1 edge in the 59th minute. JWU capped off its day of scoring with Sawyer Hall in the 68th minute.

Coach Giovanni de la Rosa said “Girls are working hard to improve. We had a Good first half. Nice to see Freshman Dominique get in her first career Goal”.

The Lady Conquistadors now have 9 days to prepare to the next match on Thursday, August 29th where FNU will face Florida Memorial University at 5:00 p.m. away.