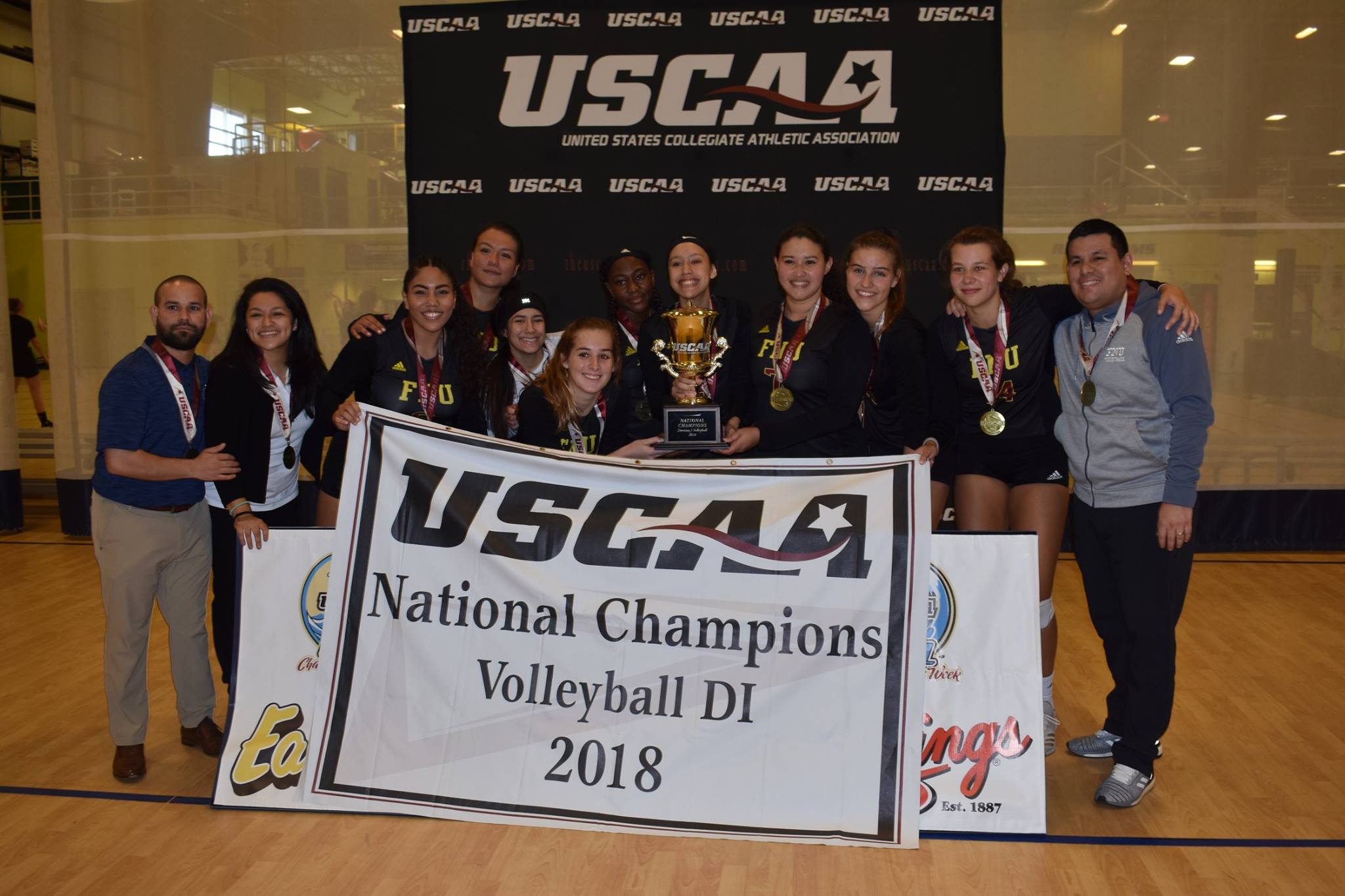 The Florida National University Conquistadors won the school’s first USCAA Volleyball National Championship on Saturday, November 10th. The Conquistadors were the first team to secure the Division I title after the USCAA’s division split over the summer. The victory came at the expense of St. Mary of the Woods College, who dropped a fourth-straight National Championship game after winning their first three tournament games; including a 5-set thriller against Florida National on Thursday.

In the championship game, the Conquistadors started the first set strong with 7-0 lead and three kills from Camilla Kahlich. St. Mary of the Woods tried to come back, however, multiple kills by Ines Bawedin and Afraina Ammerlaan down the stretch sealed the set win.

In the second set, both teams were neck and neck early before kills by Maricielo Redhead and Bawedin put Florida National in the lead. Bawedin continued to accumulate kills and the Conquistadors were able to fend off the Pomeroys to take a 2-0 lead.

At the start of the third set, it seemed as if Florida National was walking away with the championship. The Conquistadors started the set with a 5-0 lead. Then, three straight kills by Alexis Woodburn and Gabriella Slagle put St. Mary of the Woods back on the board. Slagle and McKenzi Kumpf continued to produce kills to give the Pomeroys’ their first set win.

The fourth set started with St. Mary of the Woods leading after kills from Woodburn and multiple Florida National errors. However, after three straight St. Mary of the Woods errors, the tides never turned for the Conquistadors. Despite multiple late set kills from McKenzi Kumpf in a valiant effort to force a fifth set, Florida National held onto their lead and won the championship.

Florida National University was led to victory by the tournament MVP Bawedin, who ended the game with 32 kills and a .441 hitting percentage. Another offensive notable was Camilla Kahlich who added 13 kills to cap off an impressive tournament. Carolina Dantas contributed 50 assists. Kahlich and Dantas were named to the all-tournament team. On the defensive end, Wandy Cruz tallied 33 digs. 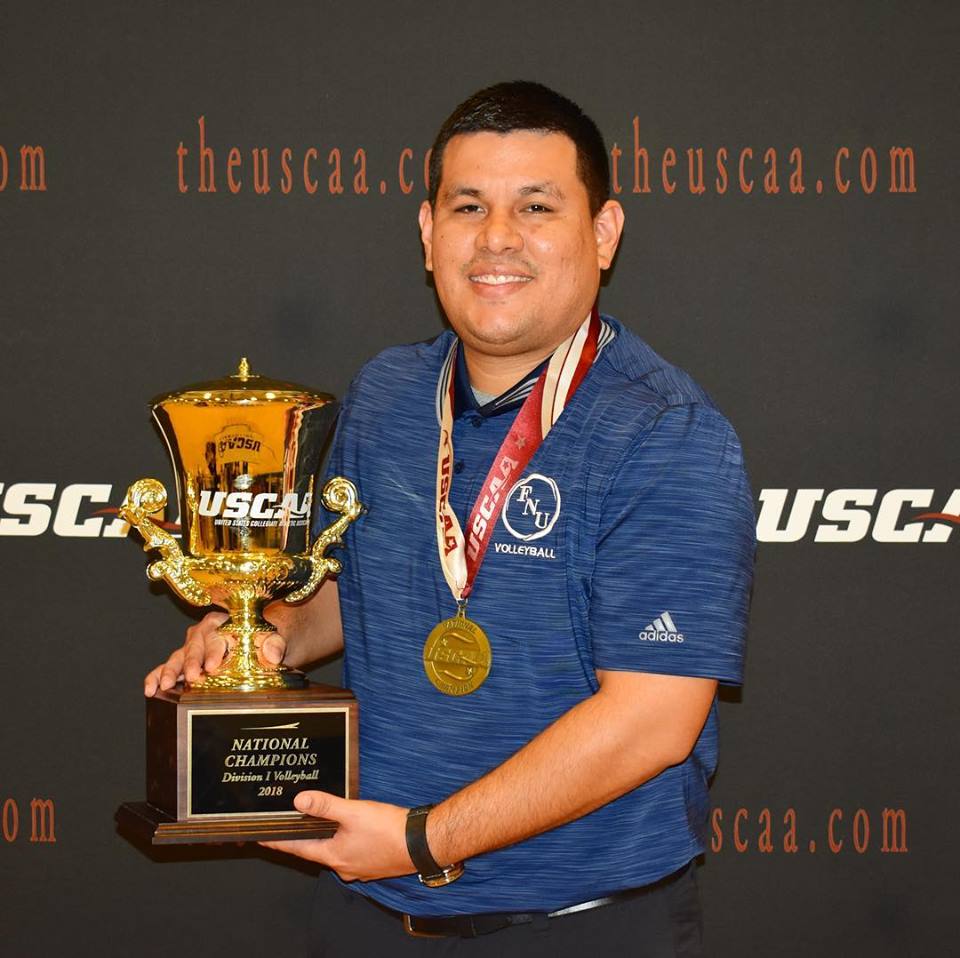 “I will tell you in 20 years” – referring to former coach Amos Alonso Stagg who was a pioneer in the early days of football. He led a number of programs including (what is now) Springfield College, The University of Chicago and The College of the Pacific, putting together career record at the college level of 314-199-35. Stagg’s Chicago teams, which played in the Big Ten at the time, were twice recognized as national champions.

After coaching his team in the college football national championship game, Amos Alonso Stagg was asked ” What do you think of your team?” He responded, “I’ll Let you know in 20 years”. He knew that his greatest victories as a coach of young people had very little to do with a scoreboard and much more to do with the impact he would have on the rest of their lives. 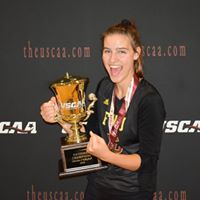