FNUCareersStudying Criminal Justice: Not What You See on T.V. 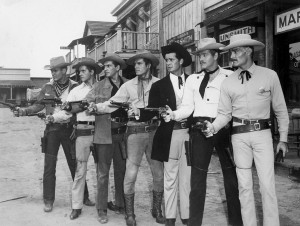 Although many students enter their criminal justice program with the CSI theme playing in their heads, they soon find that the field does not match up to the way television shows depict it. Even in shows that are scripted to be realistic, or shows during which real individuals bring in community cases (i.e. Judge Judy, The People’s Court, and Caso Cerrado), television still fails to give viewers a legitimate look into the court system.

There are several misconceptions that have developed due to shows of this nature. This flawed understanding of the criminal justice system must be dispelled in order to give students a clear perception of how the court of law truly works.

Since these shows have aired (and gained millions of viewers), those in the criminal justice field have noticed a certain exaggerated enthusiasm for forensic science-specific evidence from students and jurors alike; they call this the CSI Effect. In 2005, U.S. News and World Report described the Effect, “Stoked by the technical wizardry they see on the tube, many Americans find themselves disappointed when they encounter the real world of law and order. Jurors increasingly expect forensic evidence in every case, and they expect it to be conclusive.” This accurately depicts what many in the criminal justice field have found in the last decade — a fantasized version of what criminal justice means. Want to know the truth about criminal justice? Let’s take a look at what studying this subject truly entails.

Another fallacy that shows have created is the idea that scientific evidence is always a part of a trial—but that is simply incorrect. In Florida National University’s (FNU) course, CJL 4133 The Law of Evidence, students will further study the modes of legitimate evidence that can be brought to the court of law. Students will learn that scientific evidence is not required to convict. In fact, witness testimony, physical evidence, surveillance videos, and more are enough to convict someone as guilty.

When it comes to T.V., writers want to write about what will gain viewers. That is why cases are often altered and made much more gruesome than they actually were—because it makes them more interesting to an audience.

Another common misconception, due to the high occurrence of violent crime depictions, is that the United States’ criminal justice system is a channel for retaliation. Contrarily, it was not formed to help victims (or their loved ones) retaliate against a criminal. It was put in place as the country’s communal commitment to the objective administration of justice, and that alone. Students in the criminal justice field need to understand this, as this belief can unfortunately alter their view of the cases they will come across.

The representation of lenient or easily swayed judges painted by T.V. shows is also misleading. Judges have absolutely nothing to gain from being charitable to a criminal. They face consequences if they do not adhere to the strict code of ethics that they are required to follow, which students will learn more about when taking the upper level course, CCJ 4487 Ethics in the CJ system. Judges face the threat of public and private harassment if they fail to properly convict a criminal that later reoffends with the same crime.

What This Means for Future Professionals

One of the most important things that students should learn is that criminal justice is truly nothing like what is seen on television. In other words, watching one’s favorite criminal justice-style programs on T.V. is not enough to call yourself an expert. One should learn more about the field with in-depth studies.

Prospective professionals in the criminal justice field should find a program that delves into important factors of the industry, while providing the opportunity to learn without reservations. Florida National University offers programs that provide students with ample information to learn in depth, including an online program that delivers elevated flexibility.

Find out For Yourself!

The truth is…criminal justice is not what you see on TV. If you are interested in learning about the criminal justice field in greater in depth, FNU is equipped to help you. Get started with and Associate of Arts degree, or obtain your Bachelor of Science in our programs. If you are ready to start absorbing the knowledge waiting for you, take a look our programs and apply now!