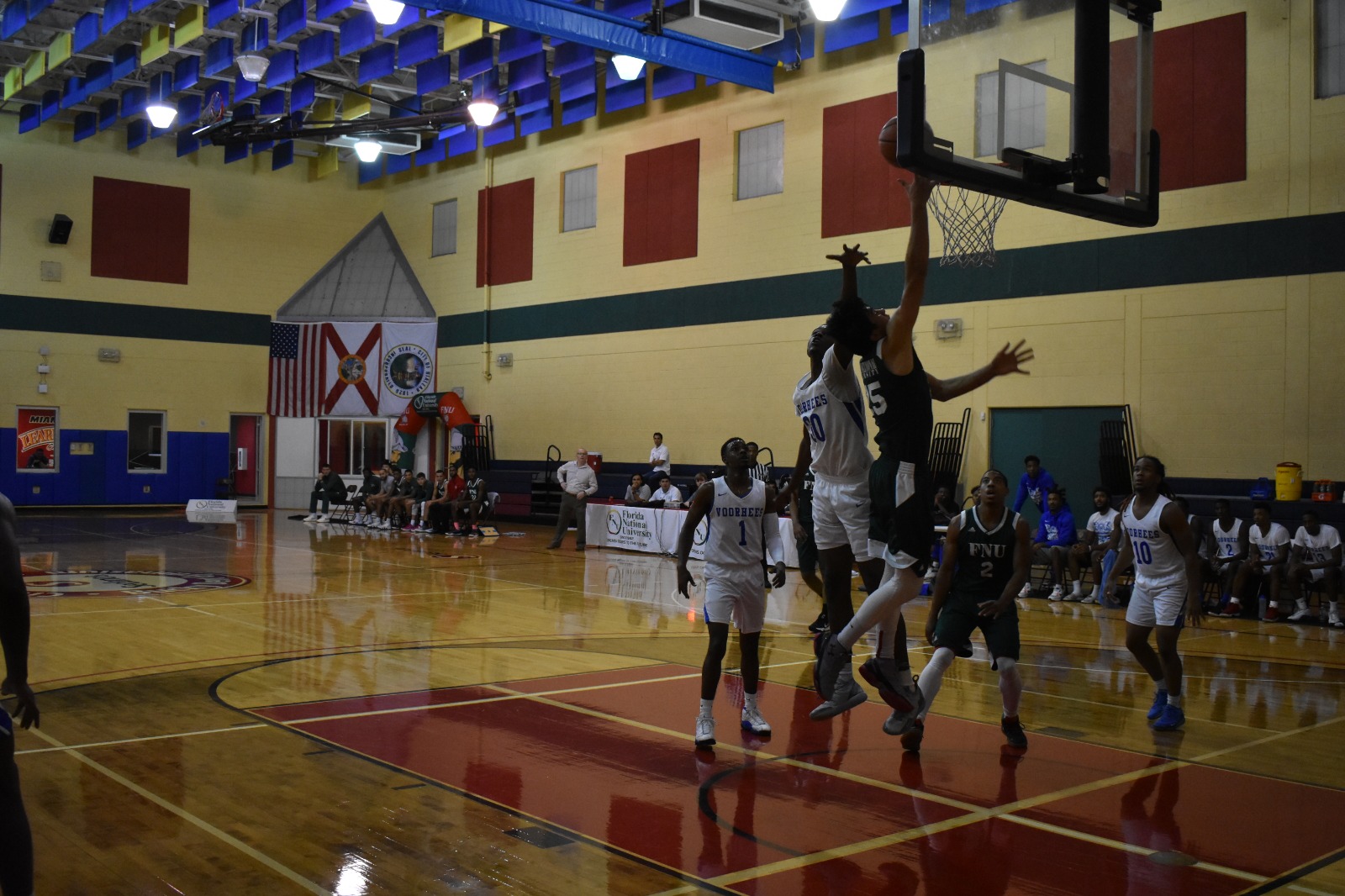 At the beginning of the first period FNU and Voorhees College were pretty even, but Voorhees did a little bit better with more effective attacks and relentless defense and managed to pull away by 8 points at half time.

Nico Rojas, led the team in the second half with 23 total points and twelve total rebounds  to close the 8 points lead  the tigers had. Antonio Sims added flashing scoring with 19 total points on 8-of-14 shooting.

In overtime FNU opened 8-0 run in the beginning and kept the lead all the way to the final buzzer.

FNU shot 54.8% from the field overall but was hot from the field in the second half, hitting 55.2%.
Voorhees College hit 54.8% of its shots.
Thomas Dillion led FNU with 10 points off the bench, going 4-of-7 from the field and 2-for-3 from Downtown.
Nico Rojas led all scorers with 22 points and got 12 rebounds for his first Double-Double of the season.
Antonio “TJ” Sims scored 19 points with 5 assists while Jeffrey Hernandez scored 18 points on 6-of-11 shooting with 4 rebounds.

FNU Improved its record to 6-6 this season.
FNU record at home was improved to 4 wins and 1 loss.
7 players saw at least five minutes of action for the Conquistadors.
Florida National out-rebounded Voorhees College 35-25 in the contest.
Up Next
The Conquistadors will face Johnson University of Florida on Tuesday, November 27th, at Hialeah with a tip-off of 7:00 p.m.